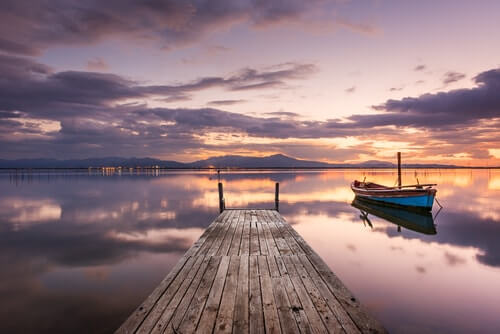 There is currently strong momentum behind global growth. However, the “balance of power” is shifting from North America to the rest of the world. For example, economic surprise indices, measuring incoming data against expectations, are firmly in positive territory everywhere except the US. For now, this comes alongside moderating inflation (in particular the oil price failing to join the rally) and as such provides a “perfect calm” for equities.

If this continues, the next stage will surely be a step up in policy tightening from central banks. However, last week the ECB maintained a dovish tone (we anticipate a change post the second round of the French elections in June) as did the Riksbank in Sweden and the BOJ in Japan. This week we have a FED meeting where, despite the weak Q1 GDP print (more below), we expect the committee to leave a June rate hike on the table.

UNITED STATES
S&P 2,388 +1.51%, 10yr Treasury 2.33% +3.22bps, HY Credit Index 323 -19bps, Vix 10.17 -3.81Vol
On Friday, the advanced estimate for Q1 GDP growth in the US came in at 0.7% annualised, the worst quarter of growth in 3 years. This was below an already low consensus estimate of 1% and led by the softest consumer spending contribution since 2009.
Whilst we are big proponents of the idea that the US is late cycle, that US assets are expensive and that the broader global economy and risk assets represent much more attractive investments, the Q1 print is likely to overstate any “changing of the guard”. There is clearly some issue with seasonality adjustments as the first quarter is consistently weaker than others. Consensus still expects growth for the full year above 2% – we think the risk is skewed to the downside.
During the tech bubble, it took the NASDAQ 10 weeks to move from 4,000 to 5,000. This week (17 years later) the index finally moved from 5,000 to a new all-time high north of 6,000. Indeed, over the full week, US equities followed global peers higher whilst the VIX index touched a 3-year low as expectations for volatility collapsed.
On Capitol Hill, Donald Trump released a one-pager on tax reform. This included slashing corporate tax from 35% to 15% but no mention of a border tax. We judge that this provided very little guidance and that there remains much disagreement and work to do before a workable plan. Meanwhile, according to an ABC News/Washington Post poll, Trump’s popularity rating stands at 44%, the lowest of any president after 100 days in office.

At its April meeting, the ECB left all policy measures unchanged as expected. In the accompanying press conference, Mario Draghi stated:

We expect a change in rhetoric in June as data continues to provide evidence of an improving environment, and any residual risk from the French election is gone.
European earnings season is progressing well. At the end of last week, Stoxx 600 companies had delivered an average earnings surprise of 9.5% for Q4 2016. To some extent this has already been reflected in fund flows, with both the FT and Bank of America reporting the best quarterly inflows to the region for several years for Q1
In a reminder that even dead cats bounce, the Turkish lira hit its highest level of the year after the country’s central bank surprised by hiking its liquidity lending rate by half a percent.
The UK Q1 GDP print tracked its US cousin lower, registering 0.3% QOQ driven by weakness in services.

ASIA
HSCEI 1,017 +1.65%,, Nikkei 1,944.00 +0.84%, 10yr JGB 0.02% +0bps, USDJPY 112.110 +2.26%
As widely expected, the Bank of Japan (BoJ) left monetary policy unchanged (after a 7-2 vote) but revised its assessment of the economy to an “expansion” rather than a “recovery trend”. The committee were also forced to downgrade their well-above-consensus forecasts for core CPI inflation. Continued strength may prompt an, in our view premature, increase in yield targets later in the year.
Chinese equities had mixed performance last week (A shares -0.63%, H shares +1.65%) as the China Banking Regulatory Commission (CBRC) took further action to de-leverage the financial system, causing banks to underperform.
China’s official April PMI data came in softer than the March data and below expectations.
Manufacturing PMI fell to 51.2 (versus 51.8 in March and consensus of 51.7), a 2017 low. Non-Manufacturing PMI dropped from 55.1 to 54.0 month on month. All the major sub-indices also contracted, though weakness in manufacturing and trade were the key drags.
Korea’s preliminary GDP data showed an acceleration in growth, with GDP expanding 2.7% YOY in Q1 2017 versus 2.4% in the last three months of 2016. Gross fixed capital formation swung from a contraction of -1.9% QOQ in Q4 2016 to +3.9% QOQ last quarter, with investment in both facilities and construction accelerating, and contributing to the improvement in the headline growth figure.
With Presidential elections scheduled to take place on the 9th of May, expectations are growing for a supplementary budget to be announced in Korea in the coming months, with leading candidate Moon Jai-in of the Democratic Party in favour of providing additional fiscal stimulus to support growth.
Taiwan’s economy decelerated in Q1 to a 2.6% YOY GDP growth rate, from 2.3% in Q4 2016. Whilst trade data improved, this was not sufficient to fully offset the impact on growth of reduced fiscal spending.

LATIN AMERICA
MSCI Lat Am 2,618 -0.07%
Brazil’s second batch of infrastructure auctions was a success. 31 projects guarantee an investment of BRL12.7Bn (USD 4Bn) over the next 3 years. Both foreign and domestic utilities bid aggressively to build the 7,400 km of transmission lines over 20 states.
Brazil’s current account surplus came in at USD 1.4Bn in March, leading the 12 months current deficit to collapse to 1.1% of GDP.
Brazil’s lower house voted in favour of a new labour reform to introduce much needed flexibility to the labour market. This is more a series of quick fixes, not a structural reform. Most of the changes are minor and common sense but establish a sounder labour market. Among the main points:

296 congressmen voted in favour of the labour law. This is 12 short of a constitutional amendment like the pension reform. This vote should give a hint to the government on where to focus its energy and attention in order to convince the 12 missing members of the lower house.
Colombia’s central bank cut the benchmark rate by 50bps to 6.5%. After 3 cuts of 25bps since December last year, the central bank decided to accelerate the pace of easing as there are increasing risks to growth and inflation expectations are converging towards the 3% target.

AFRICA
MSCI Africa 833 +1.11%
Fitch raised concerns over Kenya’s credit profile because of its failure to cut the budget deficit (8.3% forecasted for 2017), which means an increasing debt level at a worrying pace. Fitch is concerned the election cycle is going to make fiscal consolidation tough.  Kenya’s inflation in April accelerated for the 4th month in a row to 11.5%, its highest level in 5 years. Inflation is way above the ceiling of the central bank target range (7.5%). Food inflation reached 21% YOY mainly because of the drought.
Egypt’s prime minister sent the new investment law to Parliament. It should be voted in May and aims at bolstering investor confidence, easing bureaucracy and attracting foreign investments. Egypt expects FDI to reach USD 9.4Bn in FY16/17, from the USD 6.4Bn in FY15/16.
Nigeria wants to borrow USD 7Bn from China to develop railroads.
This “borrowing binge” is not sustainable for the country. With only 13% debt/GDP ratio, the IMF estimates that Nigeria is spending 66% of revenue to service its debt. Nigeria needs more reforms not more debt.