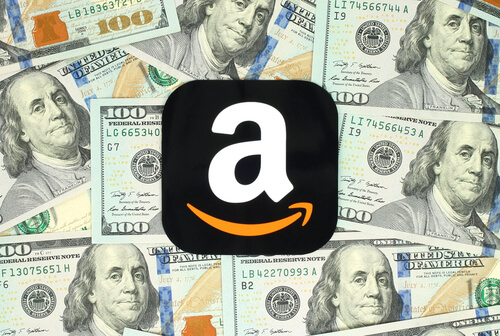 United States:
S&P 2,126 -0.69%, 10yr Treasury 1.84% +11.21bps, HY Credit Index 415 +12bps, Vix 16.31 +2.85Vol
Most US equities finished lower this week, with the technology sector under-performing as Amazon shed 6% on disappointing earnings. Bonds traded similarly weak; inflation expectations (measured by the 5y5yf inflation swap) rising and the probability of a FED rate hike in December firming marginally to 72%. Data was somewhat mixed with durable goods and measures of consumer confidence coming in lower, but the advanced estimate of Q3 GDP confirming a rebound in activity of the last few months – registering 2.9% annualised.
Europe:
Eurostoxx 3,071 +0.66%, German Bund 0.16% +16.10bps, Xover Credit Index 331 -9bps, EURUSD 1.096 -0.93%
Whilst US earnings for Q3 are seeing an absolute improvement after 5 quarters of falls (year on year growth will likely be positive), European companies have so far reported the 2nd best relative set of numbers since the financial crisis – beating consensus estimates in 60% of cases. Last week, economic data was also better than expected with a positive surprise in the flash PMI index and German IFO survey. This did not, however, translate into significant market gains, as bond yields rose and equities finished broadly unchanged. Indeed, European equities continued their record streak for out-flows, with a 38th consecutive week of funds withdrawn from the asset class (albeit at the slowest rate since January).
In Spain, Mariano Rajoy was confirmed as Prime Minister on Saturday, starting a new term after a 10-month political deadlock. However, parliament remains deeply fragmented and it will therefore be difficult to institute meaningful reforms, or even pass the 2017 budget. As a reminder, Spain is currently missing EU budget deficit targets by a healthy margin.

In the UK, Q3 GDP came in better than expected at 0.5% (industrial production driving a slowdown from Q2, but the trend of a more subdued than expected Brexit effect continuing). This prompted a rise in Gilt yields back towards pre-Brexit levels. The Bank of England meets on Thursday, but no change to policy is expected given recent resilience. Instead, Governor Carney may give some insight into how long he expects to remain in his role.
The National Bank of Hungary left its key three-month deposit rate unchanged at 0.9% but, in an unexpected move, cut its overnight lending rate by 10bps to 1.05% and lowered banks’ mandatory reserve ratio to 1% from 2%. Alongside the introduction of a cap on the three month reserves deposit facility, the bank aims to increase liquidity in inter-bank markets and to lower government bond yields.
Meanwhile in Russia, the CBR kept its main policy rate at 10.0% with a hawkish bias, aiming to curb inflation. Russia is in the 3rd year of a recession and has also recently announced a fiscal austerity plan to bring the budget deficit to 1.2% in 2019 from this year’s 3.7% target.

Asia:
HSCEI 9,559 -1.71%, Nikkei 1,742.00 +0.16%, 10yr JGB -0.05% +0bps, USDJPY 104.960 +0.85%
After the BoJ’s last meeting, at which they instituted “yield curve control” and a commitment to “over-shoot” on the inflation target, however, based on consensus expectations and Governor Kuroda’s comments last week, the most probable outcome of Tuesday’s policy announcement is simply a downgrade to inflation forecasts and an extension to the expected time horizon for reaching 2% inflation.
Last week, CPI inflation again registered in negative territory, with prices down 0.5% YOY. The JPY however weakened on rising global yields, which stimulated a move higher in equities.
Asian-ex Japan markets traded modestly down this week with no strong themes to speak of, as we move closer to the US election and markets wait to assess the implications for the region.
In China, the economy has taken something of a backseat in recent weeks as attention has turned to the country’s political future. A steady stream of reports out of China have been suggesting that President Xi Jinping could look to further consolidate his power and extend his term in office beyond the customary 10 years. The latest development has been his official designation as the “core” of the Chinese Communist Party.
At this week’s party Plenum, a meeting of several hundred of the party’s most senior members, President Xi was afforded the same moniker has Mao Zedong – the “core” of the party. This cements Xi’s status and strong position within the party and highlights the differences between Xi and his recent predecessors. In the past, China’s top leaders have favoured more of a consensus-driven approach to policymaking, as opposed to Xi’s track record for marginalising members of rival factions within the party and centralising high level decision making.
The Philippines was the worst performing market in Asia this week, down -3.6%. Investors remain concerned over the rhetoric of new President Rodrigo Duterte. The president has continued to alienate the US, the Philippines’ long time military and trading ally, in favour of a pivot towards China. Senior ministers have been quick to downplay Duterte’s sensationalist media comments of late.
This adds weight to our view that Duterte’s off-the-cuff remarks on foreign policy cannot be taken at face values as indicators of future government action.
Korea and Taiwan both reported Q3 GDP numbers. Taiwan’s economy accelerated to 2.1% YoY in Q3 versus 0.7% in Q2, on the back of strong domestic demand and export numbers. Korea’s growth rate decelerated to 2.7% YoY versus 3.3% in Q2, as private consumption deteriorated.

Latin America:
MSCI Lat Am 2,598 -0.05%
Brazilian unemployment reached 11.8% in September, its highest level since 2004 and up from 8.9% in the same month last year. This number may even be underestimating reality as the prolonged recession is driving Brazilians to drop out of the labour force (workforce increased by 0.8% in 3Q16, when working–age population grew 1.2%).
Chilean municipal elections, last week, saw a massive defeat for Bachelet’s left-wing party. The right-wing party, led by Pinera (former president from 2010 to 2014 and likely candidate next year) won 38.5% of the national vote and major cities. Voters cited a series of corruption scandals, an inability to execute structural reforms and weak economic growth.
The MSCI Chile declined 37% from the beginning of 2013 (year of Bachelet’s election) to September 2016 in USD terms, as the result of lower copper prices, regional difficulties and government incompetence. This market is under-allocated in EM and LatAm portfolios. However, those headwinds are now turning. Presidential elections in the fall 2017 should revive business and consumer confidence supporting the country’s equity market.
The Peruvian government presented its guidelines and targets for macroeconomic and fiscal policies until the end of term in 2021. The main highlights are:

All across Latin America several structural trends are playing out and will impact the performance of equities:

Afica:
MSCI Africa 780 -0.32%
The Egyptian cabinet decided to reduce government spending by cutting non-salary expenses by 20%. This is part of the tacit conditions to receive USD 12Bn in loans from the IMF, along with raising USD 6Bn from external partners. Egypt will start a road-show to raise USD 2Bn in Eurobonds in November, whilst USD 4bn has already been committee by Saudi Arabia and China. As a consequence, Egyptian officials expect the first USD 2.5Bn tranche of the IMF loan to be unlocked in 2 weeks.
Over the past 3 years, Egypt has signed 70 agreements with investments worth USD 15bn to exploit its natural gas resources in the Mediterranean Sea, the Nile Delta, and north Alexandria, especially the very promising Zohr field. Egypt’s refineries should receive USD 8Bn to boost production by 60%.
Morocco will spend 600MAD (USD 60bn) in infrastructure over the next 20 years. The kingdom’s allies from the Gulf will fund most of these investments. The plan includes: 7,000 km of urban roads, 2,300 km of highways (doubling the current network), 24,000 of rural roads, 2.700 km of classic rail, 1,500 km of high speed rail, a new airport in Marrakesh (together with other expansion, it should triple the capacity of the country to 90Mn passengers/year), 6 new seaports and 12 rehabilitations or extensions. Fitch confirmed Morocco’s BBB- rating, citing economic performance and public finance improvements as the reasons for the decision.
South Africa’s finance Minister Pravin Gordhan presented the budget report. He reiterated the independence and strength of the Treasury, presenting a conservative budget aiming at a “measured fiscal consolidation”: increasing taxes and cutting expenses to reduce the current account deficit below 4% of GDP over 3 years. Macroeconomic assumptions were significantly lowered. The only weak spot was the absence of an SOE reform.

Property investment for the global investor