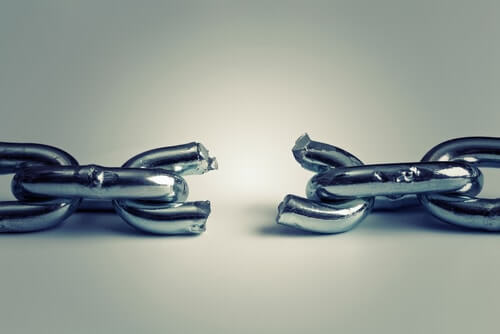 Europe, the sick man of global markets, is on a tear with stronger data, reduced political risk and some of the best performing equity indices in the world. Meanwhile, this week commodity markets posted sharp falls as the glow of the first round French Presidential election result gave way to demand-side concerns based on weaker Chinese and US data. This included oil touching a 5-month low and the worst 2-day decline in base metals since 2015.  We think the world may remain “out of sync” for a while. For example:

The FED left policy unchanged at its May meeting but gave a strong signal that the interest rate hiking cycle will continue stating:

On Friday, the April employment report served to reinforce the FED’s position; the unemployment rate hit a 10-year low at 4.4% and average hourly earnings came in at 2.5%. This saw the implied probability of a hike in June rise to around 80%.. Other US data was lacklustre; personal income, ISM manufacturing and factory orders all coming in somewhat softer. Conversely, with results season mostly complete, Q1 corporate numbers have performed well, with an almost 15% rise in earnings YOY.

In the second round of the French Presidential election, Emmanuel Macron claimed a decisive victory with 66% of the vote. The result briefly pushed the Euro to a 6-month high against the USD this morning, albeit the result was mostly expected and therefore much was already in the price after a 3.5% gain over the last 30 days. Macron will be the youngest President in French history and must now appoint a Prime Minister ahead of legislative elections in June. After Q1 GDP for the Eurozone came in at 0.5% QOQ, the ECB’s Chief Economist Peter Praetstated “the cyclical recovery in the Euro area is becoming increasingly solid”. This was reinforced by final PMI numbers, which continue to show strong sentiment across the continent. It will be interesting to see the breakdown of growth by sector and country when it is released in June.
Greece struck a deal to unlock a new round of financing from its European partners, in return for a broad ranging package of reforms. Disbursement is due only after 140 actions have been ratified by parliament – ahead of July’s EUR 7.4bn of debt repayments. There are conflicting reports as to whether debt relief will then be on the table and whether the IMF will participate in the programme.
The UK’s PMIs for April came in much better than expected (best quarter since 2014), potentially reflecting improved competitiveness from a weaker GBP. The Bank of England meets next week.The Czech central bank left its interest rates on hold at 0.05%.

ASIA
HSCEI 9,985 -2.95%,, Nikkei 1,989.00 +0.66%, 10yr JGB 0.03% +0bps, USDJPY 112.680 +1.09%
After a strong run for the last two quarters, Chinese economic data showed a blip in April. The official Manufacturing PMI fell from 51.8 in March to 51.2 last month, below market expectations. The unofficial Caixin PMI fell by a greater amount to 50.3 in April from 51.2 in March. At the sub-index level, new orders and production were among the key drags.The weakness in April came as a surprise to the market, following Q1’s strong Chinese GDP print of +6.9% YOY. This, combined with the soft US growth data the previous week, led investors to recalibrate their expectations for EM activity growth, with Chinese H shares correcting 3.0% last week.
Ahead of South Korea’s Presidential elections on the 9th of May, Democratic Party candidate Moon Jai-in continues to lead the polls with a 40% expected vote share. Moon holds a more liberal stance than his rivals and is in favour of productive cooperation with North Korea, as well as a more balanced diplomacy strategy that gives a more equal weight to relations with the US and China. Moon has also advocated the suspension of the THAAD programme until a review is passed through the National Assembly.
Indonesia’s economic growth inched up in Q1 to 5.0% YOY from 4.9% in Q4 2016,s in line with expectations. This followed Indonesia’s strong April Manufacturing PMI, which hit an 18-month high on stronger exports and new orders.
Sri Lanka raised USD1.5bn in a 7x oversubscribed bond issue. The 10-year sovereign bond priced with a yield of 6.20%, a 42.5bps compression from the initial price guidance. The issue came a day after a staff-level agreement was reached with the IMF to bring forward the second review of Sri Lanka’s 3-year Extended Fund Facility programme from December 2017 to next month. Provided that the government is able to get the tax reform bill, the Inland Revenue Act, through parliament prior to the review, this would lead to earlier than scheduled dispersal of IMF funds.Thailand’s inflation surprised to the downside on the back of deceleration in food prices and transport cost. CPI for April came in at 0.4% YOY vs. consensus of 0.7% and down from the March print of 0.8%.
As expected, the RBA in Australia left interest rates on hold at 1.5%.

LATIN AMERICA
MSCI Lat Am 2,619 +0.71%
Peru’s inflation slowed down to 3.7% YOY in April, down from 4.0%. Core inflation registered a mild advance and stood at 2.8%, within the target range (2.0% +/- 1pp) for tenth consecutive month.Following the El Nino phenomenon, the Peruvian economy should temporarily slowdown in 1H17. Peru has room for fiscal and maybe monetary stimulus to face this state of emergency. The Ministry of Finance voted a budget deficit of 3% of GDP in 2017, going down to 1% in 2021.
Brazil’s trade surplus reached USD 7bn in April pushing the year-to-date trade surplus to a record-high since the series started in 1992. Exports increased 27.8% YOY, but more encouragingly imports also picked up by 14% YOY.
Supported by a strong US job market, 1Q17 remittances to Mexico reached USD 6.6bn, a 7% YOY increase in USD, 20% in MXN. This puts remittances well above oil revenue (USD 5.5bn in Q1) as a source of FX inflows. Together with strong job creation (+4.5% in March), and household credit growth (+11.6% in March), this should continue to support consumption in Mexico. However, the pace of growth is decelerating and one can argue that Mexico is closer to the top of its economic cycle.
Chile’s frontrunner in the presidential election race, Sebastian Pinera (former President 2010-14), announced his pro-growth programme:

The market would receive Pinera’s election very favourably.He is currently leading the polls. This explains partly the 15.6% YTD (in USD) performance of Chilean Equities.

South Africa’s president Zuma is facing increasing resistance from the street and from the country’s institutions:

Despite all his state capture initiatives, institutions are standing still against Zuma. Public opinion is moving against the current president, which bodes well for December’s ANC elections.
South Africa’s PMI in April remained above 50 for eight consecutive months, albeit moderating to 50.3 from 50.7 in March. Economic policy and political uncertainty remain a significant weigh on confidence.