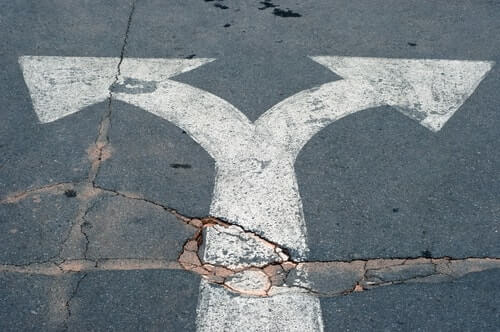 Whilst emerging markets pushed higher last week, the US struggled to do much of anything and Europe gave back some recent gains. We reiterate our call for a passing of the growth baton away from the US towards the rest of the world.

S&P 2,391 -0.35%, 10yr Treasury 2.33% -2.30bps, HY Credit Index 327 -2bps, Vix 10.40 -0.17Vol
Most US stocks finished lower last week, as extremely low realised volatility pushed the VIX to the lowest level since 1993 at 9.7%. An exception was Apple, which gained almost 5% to break USD 800bn in market capitalisation for the first time (that’s more than the GDP of Saudi Arabia or Switzerland). The company’s sales currently represent approximately 10% of global consumer spending.
After Donald Trump fired FED Director James Comey, much press coverage centred on the risk that the current political disquiet will make it extremely difficult to build consensus on tax reform and other pre-election promises. The Republican’s only hold a slim 2 seat majority in the 100-seat Senate.
From a data perspective, “soft” releases remain strong; both NFIB small business optimism and Michigan consumer sentiment came in at elevated levels. However, “hard “data once again lagged, with retail sales below expectations (albeit the prior month was revised upward). We continue to see the US economy as later cycle, with a labour market around full employment and Loan Officer Survey data suggesting lending growth and standards are staring to tighten.

Yields on 10-year Greek government bonds fell to their lowest levels since 2012 ahead of a 22nd May Eurogroup meeting, which should approve the country’s next funding package. Indeed, the upbeat tone to European markets was confirmed by a record USD 6bn of inflows into the region’s equites in the 5 days to the 10th May. Earnings growth for MSCI Europe companies is running at a 6 year high.
The Bank of England left interest rates unchanged at their meeting on Thursday. However, the committee downgraded its economic growth forecast for 2017 to 1.9% (from 2%) and increased its inflation forecast to 2.8% (from 2.4%). Governor Carney cautioned that the outlook “is conditioned on the [assumption] that the adjustment to the United Kingdom’s new relationship with the European Union is smooth.”
In state elections in North Rhine-Westphalia over the weekend, Angela Merkel’s CDU party gained 33% of the vote (versus 26% in 2012) against 31% (versus 39% in 2012) for closest rivals the SPD. Merkel meets new French President Emmanuel Macron today.

Since the central bank’s hawkish comments in Q4:

In light of these factors, the Q1 report discusses the needs for greater policy coordination, to smoothen interbank volatility and to keep policy “prudent and neutral”.
This now gives the central bank around six months of runway to ensure that the economy is performing strongly for the National Congress meeting scheduled for the autumn by utilising a more neutral policy stance.  Across the various policymaking bodies, there is a clear intent to reduce systemic risk within the system, while at the same time redirecting banking activities from speculation and arbitrage and towards providing financing for the real economy. The cause has been pursued fairly intensely over the last two quarters, though policymakers are likely to now ease off on this agenda to allow the economy to re-strengthen and avoid ‘overtightening’.
The US-China working group released a joint report on newly agreed measures to correct trade imbalances between the two nations. Whilst the materiality of the deals, in terms of reducing America’s trade deficit with China, is questionable, the symbolism is significant.
The joint report covers US exports to China in beef, biotech and LNG along with Chinese exports to the US of cooked poultry and greater access to the US market for Chinese banks.
The key development in Sino-US relations during the first 100 days of the Trump administration has been the re-pricing of the probability of an all-out trade war between the world’s largest two economies. This was the number one concern of EM investors at the time of the election (excluding that of nuclear war) and has now seemingly all but dissipated.
Democratic Party candidate Moon Jae-in was elected as Korea’s 19th President on 9th May, putting an end to 10 years of a conservative presidency. Moon received 41% of the vote, versus 24% for the second placed candidate of the Liberty Korea Party. Though Moon took office almost immediately, there will be an extended ramp-up period for the new government, with the new cabinet appointees requiring approval from the National Assembly, prolonging the wait for effective new leadership since the impeachment of former President Park in October last year.
On Korea’s most pressing issue, Moon has consistently advocated a warmer stance towards North Korea and the diffusion of tensions on the peninsular will no doubt be his first priority.
Bangko Sentral Philippines held its interest rates at 3%, in line with expectations. The tone of the accompanying policy statement, however, became more hawkish.
The BSP commented that; “the balance of risks surrounding the inflation outlook continues to be tilted toward the upside” and that [the central bank] “will remain vigilant against any risks to the inflation outlook”.
With real interest rates in the Philippines already negative and the US Federal Reserve expected to continue tightening this year, the next rate move from the BSP will be a hike in all but the most unlikely of cases.
Bank Negara Malaysia left interest rates on hold at 3.0%, in line with expectations. The central bank offered a more positive tone on the Malaysian economy, with external and domestic factors both beginning to provide growth tailwinds.

LATIN AMERICA
MSCI Lat Am 2,718 +3.76%
Colombia’s inflation keeps on falling as it reached 4.66% YOY in April.
Colombia’s economic adjustment to lower oil prices is under way thanks to the exchange rate mechanism. The Colombian Peso has depreciated 37% since mid-2014. This gain in competitiveness saw exports increase 37.9% YOY in March 2017(to USD 3.2Bn). Colombia’s external sales continued to recover at a strong pace, reaching the 5th consecutive positive performance. Imports are discouraged at this FX level. Thus Colombia’s trade balance is recovering fast, supporting the current account balance..
Brazil’s industrial production expanded 0.7% QOQ in Q1 17 on the back of easing monetary policy, stabilisation of real wages and a recovery in exports. This contrasts with consumption indicators like core retail sales that fell 4% YOY in March.
As we have been advocating for the past quarters, the industrial cycle leads the consumer cycle. Consumption is still constrained by increasing unemployment and high consumer leverage.
Brazil’s government announced a BRL 59Bn investment plan over the next 18 months. The government is in search of a positive agenda to counter unpopular but vital structural reforms being passed in Congress – labour, pension and social security reforms. The investments will be split as follow:

Mexico’s retailers’ association ANTAD reported same-store-sales growth of 6% in April, above the 3.1% consensus estimate, and the 3.1% growth reported in March, indicating that private consumption remains resilient. Fundamentals, however, are deteriorating further and indicates that Mexico is closer to the peak than the trough of its economic cycle: inflation jumped to 5.8% YOY in April (from 5.4% YOY in March), which will make real wages fall at a sharper pace (from -0.7% YOY in 1Q17).
Peru’s central bank cut its benchmark interest rate by 25 bps to 4%, in the first rate cut since January 2015. Inflation expectations being well anchored in the target range, monetary and fiscal policy will be used to support the economy after severe floods. The Board will “wait for new information on inflation and its fundamentals in order to, if necessary, carry out additional adjustments to the monetary policy stance”.

AFRICA
MSCI Africa 849 +3.06%
Egypt’s GDP grew 3.9% YOY in Q1 17. Improvement in the trade balance (both lower imports and higher exports were driven by the 60% currency devaluation) more than compensated for the weaker domestic demand (disposable income and purchasing power both being pressured by inflation).
Egypt’s parliament voted in the Investment Law. This is part of a package of structural reforms passed in the past 6 months aiming at attracting investments to prop up long-term potential GDP growth. This investment law aims at cutting bureaucracy and incentivising investment through tax discounts, making land available and supporting the connection of utilities to new projects.
Egypt’s inflation reached a new high of 31.5% YOY in April, its highest level since June 1986. Although this is the 3rd month of decelerating inflation, real interest rates are likely to remain in negative territory even after the inflationary shock is absorbed.
Negative real interest rates give a preference to consumption and borrowing over saving and investing. In addition, negative real interest rates are unlikely to attract foreign investments thus lending no support to the currency.
South Africa’s manufacturing production grew 0.3% YOY in March. Persistent economic and political uncertainty may weigh on manufacturing activity over the short to medium term. The manufacturing PMI dipped below the 50 (neutral) mark in April, after expanding for three consecutive months since December 2016.
South Africa’s mining production increased by 15.5% YOY in April, supported by higher commodity prices. However, this gain is likely to be temporary and not structural as there are no expectations of large fixed capital investments.