Asia Pacific:
Pacific markets rallied along with their global peers in the week to 1 July 2016, with the MSCI Pacific Index returning 3.6%. Japan’s Topix gained 4.1% and the yield on the 10-year Japanese Government Bond fell to a record low as weak economic data and another month of deflation increased expectations that the Bank of Japan would soon announce further policy easing. The final reading of Nikkei’s Japan manufacturing purchasing managers’ index confirmed that manufacturing activity contracted in June, while the Bank of Japan’s Tankan survey suggested business conditions remained weak in the second quarter, although they didn’t deteriorate as much as feared vs. the first quarter. Singapore’s Straits Times was also up 4.1%. Rating agency Moody’s revised its outlook on Singapore banks to negative last week, citing weaker operating conditions as growth slows across Asia. However, equities benefited from the improved global mood and from receding worries about the exposure of the city state’s economy to the UK financial sector. Hong Kong equities also rebounded from Brexit fears despite the close ties between the island’s banks and their UK peers. The Hang Seng rose 2.6%. Australia’s All Ordinaries also added 2.6% despite heightened volatility after the Brexit vote and tight polling ahead of the weekend’s federal elections.

United States:
US stocks rallied in the week to 1 July 2016 as the fallout from the UK’s vote to leave the European Union appeared contained. The Dow Jones and the broad S&P 500 each gained 3.2%, while the technology-heavy Nasdaq was up 3.3%. Against the turbulent global backdrop, the Institute for Supply Management’s (ISM’s) index of manufacturing activity painted a positive picture of US economic health, hitting a 16-month high of 53.2 in June. The index has now been above the 50 threshold that indicates expansion rather than contraction for four consecutive months. The president of the ISM said the Brexit vote had had a negligible effect on US business activity at the end of June, but investors will want another month of data before they conclude that the US economy has proved immune from the repercussions. Most commentators now expect the Federal Reserve to raise interest rates just once this year, if at all, as global developments continue to drive monetary policy. Further easing from the Bank of England is widely anticipated, while the European Central Bank is expected to change the criteria on its asset purchase programme given extremely low yields on sovereign debt. Banks lagged the rally last week amid continued worries about the effect of ultra-low interest rates on profits, although positive results on the Federal Reserve’s stress tests helped to limit the losses. 30 of the 33 banks tested passed the tests without conditions, with the subsidiaries of two European lenders, Banco Santander and Deutsche Bank, both failing, while Morgan Stanley was given notice to improve its internal systems. Traditionally defensive sectors, including real estate investment trusts, consumer staples and utilities, were the best performers in the S&P 500. As we enter the second half of the year, political risk remains elevated, with October’s Italian referendum on constitutional reform and November’s US presidential election both potential flashpoints. The weakening of the dollar and the corresponding rebound in the oil price were welcome developments in the first half, and the direction of the US currency will remain a key market driver for the rest of 2016. Most important for investors will be US productivity and profit growth, which will both need to strengthen in the second half of the year if the US recovery is to continue. 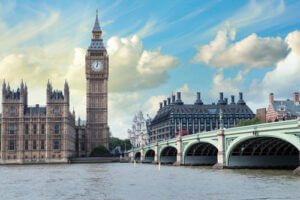 Europe:
The MSCI Europe Index climbed 4.4% in the week ended 1 July, as markets surged on hopes for easier monetary policy in the wake of the Brexit vote. The UK’s FTSE 100 rose 7.2%–its best weekly performance for four and a half years—to end the week at its highest level for 11 months. The Spanish IBEX 35 was 6.2% higher, the French CAC 40 and Swiss SPI both rose 4.1%, Italy’s FTSE MIB gained 3.6% and Germany’s DAX was up 2.3%. Markets rose as Bank of England governor Mark Carney suggested that further interest rate cuts (and perhaps even another round of quantitative easing) could be implemented to help alleviate the economic impact of Brexit. The European Central Bank was also reported to be weighing up options to expand its own quantitative easing programme to provide economic stimulus in the event of a Brexit-inspired slowdown. Stock markets have been further boosted by hopes that Brexit will not spark a wider crisis in the global financial system. Although bank stocks continued to weaken as bond yields sank to new lows, encouraging stress test results for the biggest American lenders helped alleviate worries over bank capitalisation levels (outside of Italy at least). The prospect of further UK monetary easing helped send sterling back down towards 30-year lows against the US dollar. The pound also fell to its lowest level since December 2013 against the euro. The UK’s headline FTSE 100 Index, which is heavily biased to multi-national businesses, has been boosted by the weaker pound. The more domestically-focused FTSE 250 mid cap index, however, remains below its pre-referendum levels. Although Europe’s stock markets have so far shrugged off the collapse in bond yields, further volatility is likely given the uncertain outlook for corporate earnings in an environment of heightened political and economic risk.

The MSCI Emerging Markets Index was up 2.7% in the week ended 1 July, boosted by stronger investor risk appetite. In Latin America, Brazil’s Bovespa gained 4.2% as banks rebounded from a Brexit sell-off and the Brazilian real strengthened, forcing the Brazilian central bank to intervene to stem a sharp rally in the currency. Meanwhile, Mexico’s IPC rose 3.0% as the Mexican central bank raised interest rates aggressively to try to alleviate worries that a weaker peso could boost inflation. In emerging Asia, the MSCI China Index climbed 3.0% as the Chinese currency continued to weaken gradually against the US dollar, hitting its lowest level in five years. The June manufacturing purchasing managers’ index (PMI) fell slightly, but was in line with expectations. Taiwan’s June manufacturing PMI rose more than expected, suggesting an improvement in the near-term outlook for economic growth. The Taiex rose 3.1%. In emerging Europe, Turkey’s BIST 100 rose 3.4%. Markets were shaken mid week by coordinated terrorist attacks on Istanbul’s Ataturk airport that were clearly aimed at damaging Turkey’s tourism industry. Sentiment improved, however, as Russia said it would ease restrictions on tourist travel to Turkey. Meanwhile, a rebound in commodity prices, including a solid rise in crude oil prices, helped support Russia’s RTS, which ended the week 2.3% higher. Central European markets generally underperformed, with the Czech PX 50 up 0.6% and Poland’s WIG unchanged, although Hungary’s BUX did manage a 2.3% gain.

Uncertainty over the impact of Brexit on the global economy and raised expectations for central bank easing was again reflected in the bond markets last week, with the US 10-year Treasury yield touching a record low of 1.38% before rebounding to end the week at 1.46%. The 10-year UK Gilt yield fell 23 basis points on the week to a record low of just 0.86%, while the 10-year German Bund yield remained firmly in negative territory at -0.13%.