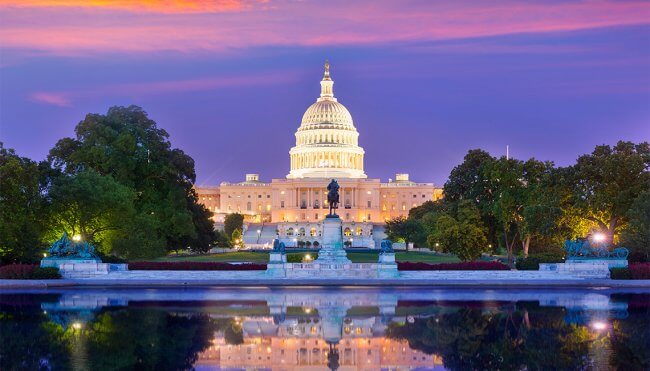 SHOWDOWN IN DC
A series of macroeconomic data were released in the US during the week, which left the market questioning the duration and the sustainability of the current economic cycle’s pace. The ISM manufacturing index fell below the 50-point threshold for the second month in September signalling that industrial production could contract soon. Although industrial output growth has considerably slowed, an outright decline in volume has not been confirmed by hard data yet. The usual monthly labour market metrics soothed the market jitters to some extent, as the jobs report as a whole indicated that the weakness in the manufacturing sector has not spread to the US consumer yet, which is undoubtedly among the most important drivers of economic growth.
All eyes will be on US-China trade negotiations, scheduled to resume in Washington DC and likely to begin in the middle of this week. The outcome of the talks will most likely affect global investor sentiment.

UNITED STATES
S&P 2,952 -0.33%, 10yr Treasury 1.52% –15.11bps, HY Credit Index 357 +6bps, Vix 18.45 -.18Vol
A series of subpar data releases and the lurking shadow of President Trump’s impeachment caused stock markets in the US to be choppy during the week. As a result, the S&P 500 declined 0.3% by the end of the week. Furthermore, due to the rising economic growth concerns, the Treasury curve shifted downwards to a great degree and bull steepened (the 2-year yield fell to 1.40%, whilst the 10-year yield dropped to 1.53%). Expectations for further rate cuts by the Fed remain firm, as the Fed funds futures markets continues to imply an additional 75bp worth of cuts, to the range of 1.00-1.25%.

ASIA
HSCEI 10,147 -0.06%, Nikkei 21,375.25 -1.24%, 10yr JGB- 0.22% +0bps, USDJPY 106.820 -0.92%
An increased degree of risk aversion weighed on the Asian stock markets (MSCI Asia Pacific ex. Japan index down 0.4% in USD). In this environment, the Pakistani (2.9% in USD) and Taiwanese markets (1.2% in USD) outperformed the majority of their Asian peers.
The Indian balance of payments registered a narrow current account deficit (relative to history), as it amounted to USD 14.3bn (about 2% of GDP), due to the improvement in the trade balance. Meanwhile, net FDI inflows into India picked up, hitting USD 13.9bn. In a separate event, the Reserve Bank of India (RBI) carried on with its rate cutting cycle and reduced the policy interest rate by 25bp to 5.15%. The tone of the post-decision statement was dovish, as members strongly hinted that further rate cuts are in the pipeline.
September manufacturing PMIs in the ASEAN region suggested that business and industrial confidence were dented by the global trade tensions, which in turn weighed on external demand for manufacturing products. PMIs improved in Taiwan (to 50), Thailand (to 50.6) and Malaysia (47.9), whilst they were largely unchanged in the Philippines (51.8) and Indonesia (49.1). Vietnam, on the other hand, exhibited some weakness in its manufacturing PMI figure, which eased to 50.5 – remaining over 50, i.e. over the expansionary threshold.
Inflation in Thailand slowed to 0.3% YoY in September. Core inflation (a gauge, which strips out volatile prices such as energy and food) eased as well and decelerated to 0.3% YoY. From the beginning of the year to September, consumer prices rose 0.8% in an annual comparison due to broad-based disinflationary forces in the underlying Thai economy.
Further sustained weakness in consumer price inflation could convince the central bank to continue monetary loosening measures to boost the domestic economy. As a result, there is a relatively high probability that the policy rate will be lower than 1.50% at the end of this year.

LATIN AMERICA
MSCI Lat Am 2,692 +0.21%
Latin American stock markets delivered a mixed performance during the week. The Mexican (+2.2% in USD) and Colombian markets (+1.6% in USD) performed strongly, whilst the Brazilian (-0.4% in USD) and Peruvian indices (-2.2% in USD) declined.
The Brazilian Senate concluded the first-round vote on the pension reform, as it approved the base text and an amendment that changes the rule of the wage benefit. The amendment reduces the cumulated amount of savings of the reform by around BRL 80bn to BRL 735bn for the next 10 years.
Vice President Araoz in Peru, who was sworn in as interim president by the dissolved Congress, resigned after the Organization of American States said that the constitutional court must rule on the political stalemate. Parliamentary elections have been called for the 26th January by President Vizcarra and named Maria Antonieta Alva as finance minister, whose appointment should ensure continuity in economic policy. In a separate event, international rating agencies published opinion reports on Peru indicating that the current ratings and outlooks on the sovereign will remain unchanged (S&P: BBB+ with stable outlook, Moody’s: A3 with stable outlook, Fitch: BBB+ with stable outlook). The credit rating agencies expect factors such as the stability of economic policy and its implementation to remain on track.
Chilean commercial activity index increased 3.2% YoY in real terms in August 2019, led by wholesale and retail sales figures (ex. vehicles and motorcycles). In August, car sales decreased 1.1% YoY, whilst retail sales volume growth bounced to 2.3% YoY.

AFRICA
MSCI Africa 732 -0.74%
Investors’ risk appetite in African stock markets abated, as the majority of the broad stock indices declined during the week. Egypt’s stock market outperformed most of its African peers.
In South Africa, the ruling ANC party expressed its support of the Treasury’s Economic Policy Paper, which outlines the government’s economic agenda to reform and kick-start the ailing South African economy. According to the ANC’s Head of Economic Transformation, the proposal would not be adopted in its entirety and the revised version will be probably released by the end of October. Furthermore, a white paper on the financial relief of Eskom is in progress as well.
Although it is positive that the South African government has been working on a reform agenda to tackle the country’s economic and financial deficiencies, the fact that it has not released a meaningful plan to tackle the economy’s structural issues increases the probability of a credit rating downgrade by Moody’s.
Egypt’s current account deficit was USD 8.2bn in FY2018-19, up from USD 6bn in the previous year. According to the official statistics, the rising value of imports was the primary driver of the widening. In that period, the oil balance turned a surplus and tourism revenues picked up, whilst the inflow remittances somewhat decreased. Furthermore, the country’s financial account registered a fall in net FDI flows (to USD 5.9bn), whilst net inflows of portfolio investments declined to USD 4.2bn.
Egypt is discussing possible further assistance from the International Monetary Fund (IMF) to help the execution of further structural reforms once its current three-year IMF programme ends in November, according to the central bank governor.
This week’s global market outlook is powered by Alquity www.alquity.com