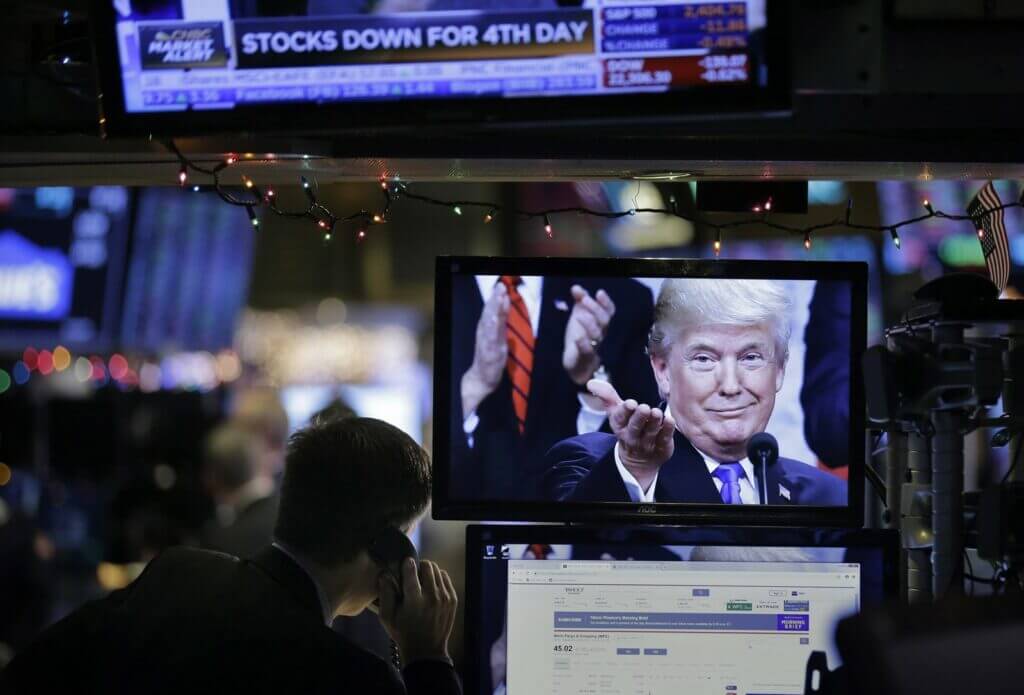 PRESIDENT TRUMP SPOOKED MARKETS
Before President Trump unexpectedly threatened to further raise tariffs on Chinese imports, the case for a meaningful and sustained improvement in global market sentiment has been building, as economic activity in the US remains convincingly solid in the context of low inflation and depressed (real) interest rates with the Fed being patient following through on its tightening agenda. Furthermore, recent macroeconomic data revealed that the broader Chinese economy has stabilised and is set to enjoy a cyclical upswing sooner rather than later. Investors however, are yet to fully appreciate the combination of firm economic growth, contained inflation and low (real) interest rates, as the broad market still focuses on downside risks to growth outlook. Further releases of strong macroeconomic data and a trade deal between the US and China would certainly relieve short-term market and economic stress facilitating a greater appetite for risky assets.

UNITED STATES
S&P 2,932 +0.20%, 10yr Treasury 2.48% +2.68bps, HY Credit Index 329 -2bps, Vix 15.93 +.14Vol
Stock markets in the US headed north during the week, as the major stock indices gained: the S&P 500 rose by 1.2%, the Russell 2000 increased by 1.7%, while the Nasdaq Composite was up by 1.9%. From a sectoral point of view, the aggregate healthcare index delivered one of the best performances (+3.7%). In contrast, the index for energy companies underdelivered (-1.3%). During the week, the broad USD index (DXY) gained 0.6%, which brought the year-to-date broad USD appreciation to 1.9%. On Friday, Treasury yields eased on the back of slipping oil prices in reaction the President Trump’s comments, in which the POTUS called for OPEC countries to reduce crude prices. Consequently, the 2-year Treasury yield was at 2.28%, while the 10-year at 2.50% at the end of the week.
Annualised real GDP growth in the US hit 3.2% in 1Q19, beating Bloomberg consensus of 2.3%. Growth was primarily driven by foreign trade and a build-up in inventories. Domestic consumption delivered a decent performance, while investments stagnated compared with the previous quarter.
Although the pace of GDP growth was unexpectedly strong relative to consensus, monthly macro indicators implied a convincingly fast pace throughout 1Q19.

ASIA
HSCEI 11,266 +0.54%, Nikkei 21,923.72 0.00%, 10yr JGB- 0.05% 0bps, USDJPY 110.670 -0.31%
The MSCI Asia Ex -Japan index rose nearly 1% in USD over the week. Philippines (+1.83%), HK (+1.59%) and Taiwan (+1.4%) were the largest contributors. Pakistan (-2.71%), Laos (-1.85%) and Indonesia (-1.77%) were the poorest performers.
The Caixin manufacturing PMI in China was 50.2 in April, hovering above the 50-point threshold for the second consecutive month. The decline in the headline index since March was mainly due to exports new orders contracting. In contrast domestic factors strengthened, as the one-year forward-looking business confidence for production improved to an 11-month high, manufacturing output rose, while domestic new orders expanded. Non-manufacturing PMI remained very strong in April, at 54.3. The fall in non-manufacturing PMI was moderate and is consistent with historical patterns. Although the construction sub-index fell, it remained above 60, which is still a very positive sign for construction activity expansion.
Manufacturing PMI in India was 51.8 in March, signalling a solid rate of manufacturing output expansion.
The aggregate ASEAN PMI figure slightly improved, to 50.4 in April. Vietnam registered the strongest gain since March, as the country’s manufacturing PMI rose by 0.6ppt to 52.5 due to broad-based improvements in the economy (i.e. higher new orders, increasing output and employment). The Thai (51) and the South Korean (50.2) PMIs increased, while the Indonesian (50.4) and the Philippine (50.2) indices weakened compared to the previous month. The Malaysian (49.4) and the Taiwanese (48.2) PMIs remained in contractionary territory.
Countries with a healthy macroeconomic environment are likely to enjoy further improvement in industrial and business sentiment in the coming months.

LATIN AMERICA
MSCI Lat Am 2,706 -1.34%
Most Latin America indicines fell over the week. Argentina rose 11.06% in USD, while Colombia (-3.02%), Chile (-1.78%) and Mexico (-1.78%) fell the most.
According to the local Brazilian press, Chairman of the House special committee Ramos said that concessions are needed to pass pension reform and added that savings will likely be between BRL 900bn to 1tn, in line with the original plans. House speaker Maia reinforced Ramos’ statement by claiming that he would work to approve a reform with savings close to BRL 1tn.
Mexican GDP grew by 1.3% YoY in 1Q19. Although the annual rate of growth remained above 1%, in a quarterly comparison real GDP contracted by 0.2% – highlighting the frail nature of Mexico’s economy. Details revealed that industrial activity decreased by 2.1% YoY in 1Q19. In order to revive the Mexican economy, AMLO presented the National Development Plan. According to the Plan, the government set the goal of average 4% real GDP growth over the six years of his presidency. The Plan foresees GDP growth at 6% by 2024.
The document did not contain details on how such growth will be achieved and thus it is difficult to say whether the government’s plan is achievable.

AFRICA
MSCI Africa 832 +0.70%
African markets rose over the week; South Africa (+0.78%), Egypt (+0.31%). Nigeria was one of the poorest performers, falling -2.12% in USD.
Manufacturing PMI in South Africa rose by 2ppt to 47.2 in April. The sub-indices for new orders and business activity improved, while the measure for employment weakened. Power outages persisted throughout April weighing on industrial performance.
The Nigerian Senate passed the 2019 budget during the week. The government promised to increase spending on capital projects and estimates that the fiscal deficit will narrow by 0.3ppt to 1.4% of GDP this year.
According to the country’s Prime Minister, the government aims to raise Egypt’s real GDP growth from 5.3% in FY2017-18 to 8% by FY2021-22.
This week’s global market outlook is powered by Alquity www.alquity.com

May Investment Insight Session – AI The future of Investing Today!