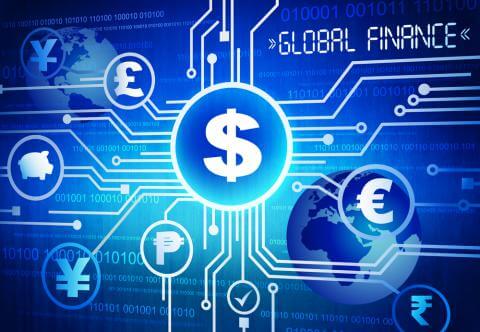 DATA REVEALS THE DEGREE OF GLOBAL ECONOMIC WEAKNESS IN MARCH
During the week, the JP Morgan Global Composite PMI was released, showing a fall to 39.4 in March, the second steepest monthly decline in its history and a 133-month low. The fall in the Global PMI in March is comparable with the magnitude during the Great Financial Crisis. Unsurprisingly, the monthly jobs report in the US broke the run of 113 consecutive monthly job gains. In March, non-farm payrolls declined by 701,000, whilst the unemployment rate rose to 4.4%. Meanwhile, weekly jobless claims spiked to 6.7 million, totalling 10 million in just two weeks.
Although it is already April, we are going to see hard economic data from February (e.g. Germany, the UK, India, etc.). Therefore, the actual impact of the coronavirus and lockdowns will only be partially reflected in them, if at all. During the week, the Fed is going to release the minutes of the last FOMC meeting (when the 100bp rate cut was delivered and the large-scale asset purchases were announced), which may shed further light on the Committee’s thinking-process.

ASIA
HSCEI 9,646 -0.15%, Nikkei 18,576.30 -8.51%,10yr JGB 0.01% 0bps, USDJPY 109.150 +0.45%
The majority of emerging Asian stock indices declined during the week. The Pakistani stock market was one of the very few exceptions, which gained 11.6% in USD by the end of trading on Friday. The Thai (+2.1% in USD), Philippine (+1.9% in USD) and Vietnamese (+1.2% in USD) gained as well. Meanwhile, Chinese “A” and “H” shares were largely flat on the week.
The Chinese central bank (PBOC) lowered the reserve requirement ratio (RRR), again, to further bolster banks’ lending activity through which in turn can accelerate domestic demand recovery. This time, rural and provincial city commercial banks benefitted from the stimulus measures. The cut will be done in two stages of 50bp each, on 15th April and 15th May. Around 4000 small and mid-sized banks will qualify for the lower RRR.
According to the latest PMI figures, the Chinese economy started to stabilise and recover in March after the lockdown-driven slump in February. The Caixin services PMI rose to 53.6 in March (from 26.5 in February), whilst the Caixin manufacturing PMI strengthened to 50.1 (from 40.3 in February). The official numbers (released by the Chinese Statistics Office) were the following: the manufacturing PMI increased to 52 (vs. 35.7 in February), whilst the non-manufacturing one edged up to 52.3 (vs. 29.5 in February). The message was consistent across all indices: domestic demand and thus domestic economic activity have started to bounce, whilst export orders further contracted.
The PMI manufacturing index in India remained resilient in March, as it remained above the 50-point threshold, at 51.8 (vs. 54.5 in February). According to the commentary, domestic demand and production continued to expand in March, whilst export orders declined. Recent measures addressing the outbreak (e.g. lockdowns, social distancing, etc.) are not fully reflected in the March PMI report.
Manufacturing PMIs in most South East Asian economies fell below 50 in March – suggesting contraction in economic activity. Most countries reported a sharp fall in orders and production in March (e.g. Indonesia, Malaysia, South Korea, the Philippines, Vietnam, etc.).

The central bank of Indonesia remains confident that real GDP growth will continue to expand in full-year 2020, as the central bank holds on to the upper end of the government’s official forecast of 2.3%. Meanwhile, the Governor of the Philippine central bank indicated that the economy was likely headed for a technical recession with growth stalling to negative territory for two straight quarters before it starts expanding again.

LATIN AMERICA
As global investor sentiment remained risk-averse, Latin American stock markets continued to face a challenging period. With Chile being one of the exceptions (+9.7% in USD), the majority of indices in the region declined during the week: the Brazilian index decreased by 8.1% in USD, whilst the Mexican benchmark lost 7.4% in USD.
Manufacturing PMI in Brazil dropped to 48.4, whilst the services PMI decreased to 34.5 in March. Both gauges indicate a weakness in the economy and imply that economic activity declined in March. The sharp decline in the services PMI had brought the index to the lowest level throughout the history of the survey. Both PMIs emphasise the disruptive nature of the coronavirus outbreak, which hinders production and delays projects.
Manufacturing PMI in Mexico fell to 46.9 in March, indicating contraction in industrial activity. According to the report, the coronavirus outbreak has ‘severely’ disrupted the Mexican economy in March, as both actual production and new orders declined. The commentary noted that business conditions had become ‘extremely difficult.’
Fitch downgraded Colombia’s credit rating one notch to ‘BBB-‘ (the lowest investment grade rating) and retained a ‘negative’ outlook. The decision follows S&P’s change of outlook to ‘negative,’ whilst keeping the rating unchanged one notch above junk status the week before. The downgrade by Fitch reflects the weakening of key fiscal metrics, induced by the fall in oil prices. Meanwhile, the debt level is expected to rise above 50%, up from 44% in 2019, a development explained by disaster response spending and the sharp depreciation of the currency. Moody’s still holds Colombia’s rating two notches into investment grade (‘Baa2’ with ‘stable’ outlook).
Prior to the coronavirus pandemic outbreak, economic activity in Chile remained upbeat, as the monthly GDP proxy expanded 2.7% YoY in February. Mining posted the strongest growth since early 2018, expanding 10.4% YoY – given a low base of comparison last year. Non-mining activity (led by manufacturing and construction) improved as well and reached its highest growth rate since before the protest action in October 2019, with a 2% YoY expansion.

AFRICA
Despite the risk-averse investor sentiment, the Kenyan stock market held up, as the country’s benchmark gained 3.5% in USD during the week. Meanwhile, other regional stock indices declined, such as the South African (-3.5% in USD), Egyptian (-3.5% in USD), etc.
The central bank of Egypt left the lending rate at 10.25% and the deposit rate at 9.25%. The Monetary Policy Committee said after its regular meeting that the earlier pre-emptive rate cut was sufficient to support businesses and households, and that it would continue to pursue its inflation target range of three percentage points above or below 9% by the fourth quarter of 2020 (inflation was 5.3% YoY in March).
According to the latest balance of payments statistics, Egypt’s current account deficit widened to USD 10.2bn (about 1.9% of GDP) in 2019, vs USD 6.6bn in the previous year. The widening of the deficit was due to the increasing amount of dividend payments by foreign companies. Net inflows of foreign direct investment (FDI) reached USD 9bn in 2019. The rise in FDI inflows stemmed partly from regulatory changes in early 2019, allowing investors to benefit from tax incentives for project expansions. The central bank noted that there has been a significant increase in the proportion of greenfield investment, involving projects other than oil, gas and property.
Consumer price inflation in Kenya slowed to 6.1% YoY in March, from 6.4% YoY in February. The headline gauge due to technical reasons, as the Kenyan authorities updated the methodology. Major components exhibited the following patterns: food prices rose 11.9% YoY (as a consequence of the prolonged draught period), housing and utilities inflation was 4.5% YoY, whilst transport prices increased 5.5% YoY.
This week’s global market outlook is powered by Alquity www.alquity.com