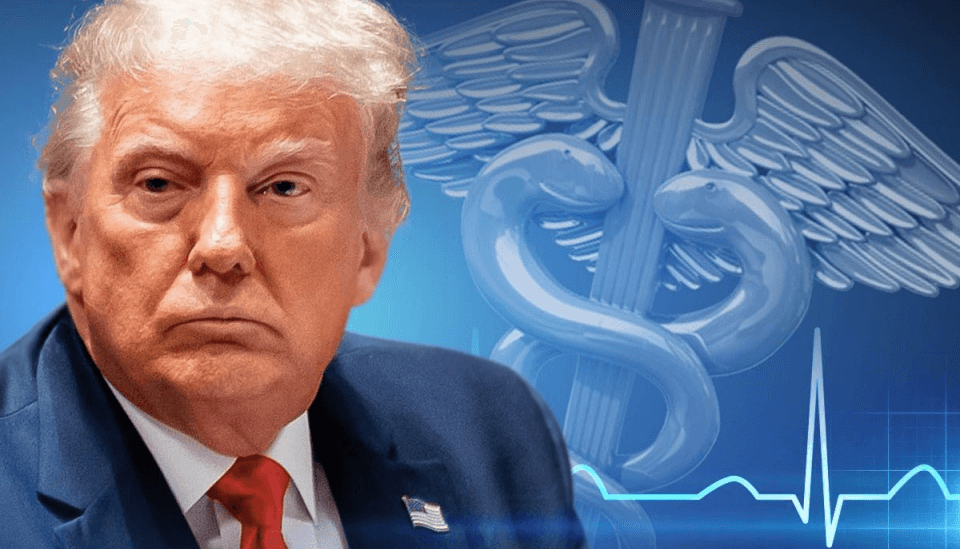 The last week has been very busy and intense, but before turning to the latest political developments in the US, let’s start with the state of the world economy. The JP Morgan Global Manufacturing PMI further increased in September, rising to 52.3 – a 25-month high. The gauge suggests that the recovery of worldwide industrial activity continued, as economies carried on with their re-opening efforts.

Now, turning to American politics. Shortly after the recent debate, everybody’s attention re-focussed on the news that President Trump had tested positive for Covid-19 and subsequently medevacked to the Walter Reed Army. The President’s health concerns add another layer of uncertainties to the elections on the 3rd November. After the Presidential debate, but before the President’s diagnosis, a WSJ/NBC survey was conducted, which showed that Joe Biden widened his 8-point lead in the polls, to 53-39%. Joe Biden also led in Florida (47-42%) and in Pennsylvania (49-42%), an NYT/Sienna College poll showed.

US politics will remain in the limelight this week, as investors will focus on President Trump’s health and the vice-presidential debate on Thursday. On the day before the debate, the Fed will publish the minutes, which may offer details whether policymakers would consider increasing the amount of asset purchases. The annual IMF/World Bank meetings will draw some attention as well, as the IMF releases its updated growth forecasts and the analytical chapters of its World Economic Outlook. 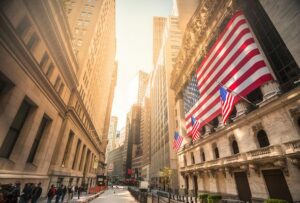 Major stock indices in the US finished the week higher, despite the news flow concerning President Trump’s health. Each of the S&P 500 and the Nasdaq Composite rose 1.5% lagging the Russell 2000 index (+4.4%). The DXY dollar index weakened by 0.8% by the end of Friday. Meanwhile, the short-end of the Treasury curve remained stable, whilst the long-end steepened (the 10-year yield rose 5bp to 0.71%). 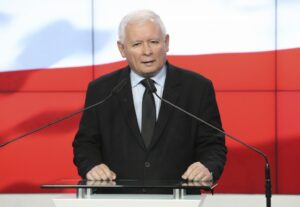 The rise of European stock indices was not derailed by the announcement of US President Trump testing positive for Covid-19. By the end of Friday, most indices were up relative to the previous week (the French CAC 40 gained 2.9%, the UK’s FTSE 100 increased 2.8% and the German DAX rose 2.6% – all in USD). In this environment, German government bond yields were mostly stable (the 10-year hovering around -0.54%), whilst risk premia on riskier sovereigns compressed (e.g. the Italian 10-year yield declined 10bp to 0.78%). Stock indices in emerging Europe were a mixed bag: the Polish country index rose 3.6% in USD, whilst the Russian benchmark declined 1.2% in USD.

The Polish cabinet was reshuffled during the week and as a result of the new appointments, the government shifted towards a more (socially) conservative composition. Mr. Kaczynski – the de facto leader of the PiS government – took an official role in the government for the first time, by becoming the deputy Prime Minister and taking the defence, justice and interior ministries. A new education minister was appointed as well. As a result of the reshuffle, the probability of snap elections has significantly declined.

Manufacturing PMI in Poland rose to 50.8 in September. The increase was due to a rise in the new orders and employment – the latter reaching the highest level since early 2019. 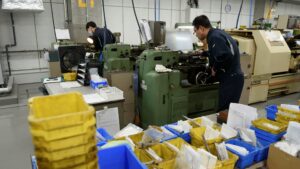 Investor sentiment in Asian stock markets was generally positive during the week. The Indian Nifty 50 delivered one of the strongest returns by rising 4% in USD, followed by the Taiwanese (+3% in USD), the Philippine (+2.7% in USD) and the South Korean indices (+2.7% in USD).

In India, the current account not only remained in surplus in 2Q20, but rose to a 13-year high, to USD 19.8bn (ca. 3.9% of GDP). The improvement was due to the narrower trade deficit linked to the lower value of oil imports as crude oil prices remain depressed. A current account surplus is likely to persist in the coming quarters (unless oil prices significantly increase), which will contribute to the stability of India’s financial markets, especially the rupee’s exchange rate.

Manufacturing PMI in India strengthened to the highest level in over eight years, as the print climbed to 56.8 in September. The improvement was due to the pick-up in domestic and export orders, which in turn boosted production activity.

In September, manufacturing PMIs in the ASEAN region revealed a steadier pace of recovery in some countries. The progress in the Philippine PMI was notable rising to 50.1, emerging from contractionary territory for the first time since March. Vietnam’s PMI bounced as well, reaching 52.2. Elsewhere, the gauge in Taiwan surged to 55.2 (the highest since March 2018), encapsulating both the inherent structural resilience of the Taiwanese economy and indicating a stronger global economic environment.

The Vietnamese economy showed how resilient it is in the context of weak global growth. Despite the constrained demand abroad and local lockdowns within the country, real GDP growth was as strong as 2.1% YoY in 3Q20, accelerating from 1.8% YoY observed in the first half of 2020. To keep the engines running, the central bank delivered  (further) supportive measures by reducing the key interest rate by 50bp to 4%.

The Indonesian government has revealed the details of next year’s budget, which suggests that the Jokowi administration will be in no rush to tighten the fiscal stance (targeting budget deficit at 5.7% of GDP in 2021, down from 6.3% of GDP this year). As a consequence, the fiscal stance will remain supportive. Later during the week, the parliament’s legislation committee and government ministries approved the latest version of the ‘Job Creation’ omnibus law – aimed at revising over 70 existing laws in a single bill. The process is entering its final stages at the end of which the Parliament will vote on – and probably pass – it.

The Philippine central bank kept is key policy rate stable at 2.25% and approved another tranche of government bond purchase. According to the Monetary Policy Council’s guidance, the central bank stands ready to further ease domestic financial conditions, if macroeconomic developments warrant it. 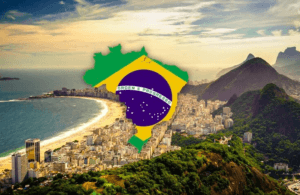 Due to the domestic political noise and the uncertainties related to the fiscal stance of Brazil, the volatility of Brazilian asset prices remained elevated and drove the benchmark down by 4.2% in USD by the end of the week. As opposed to the Brazilian index, the Mexican one rose 3.9% in USD, followed by the Chilean market (+2% in USD).

In Brazil, President Bolsonaro sent mixed messages about his intentions regarding the fiscal stance. During the week, the President re-affirmed his commitment towards fiscal responsibility and promising to honour the fiscal spending cap rule, which was later followed by a statement calling for further financial aids to lower income households. The latter goes against the idea of fiscal responsibility. Neither the President nor the government provided any clarification during the week.

Industrial production in Brazil rose 3.2% MoM in August, which translates to a 2.7% YoY decline. The latest manufacturing PMI (64.9 in September) strongly suggests that the sequential recovery in Brazil’s industrial output would continue. As opposed to Brazil, the manufacturing PMI in Mexico remains in the contractionary territory (42.1 in September).

Non-mining economic activity in Chile rose 3.4% MoM in August, accelerating from 1.8% MoM in July. Although August was the third consecutive month when economic growth strengthened in sequential terms, it was not strong enough to bring the annual growth figure back to positive territory, yet. According to the Finance Ministry’s updated economic forecast, real GDP may contract 5.5% in 2020 followed by a recovery of 5% in 2021.

The central bank in Colombia reduced the key interest rate by 25bp to 1.75% in a decision where three out of seven Monetary Policy Committee members would have preferred keeping the rate stable. The central bank noted that the IMF had approved an increase in Colombia’s Flexible Credit Line (FCL) to USD 17.2bn from 10.8bn, a 60% increase.

The central bank of Argentina announced a new monetary policy strategy, which will allow faster depreciation and greater volatility of the peso (i.e. converging towards a managed currency float system). The central bank also raised the repo rate to 24% from 19% to attract inflows into peso-denominated assets. As the central bank attempts to shift towards a more orthodox monetary policy framework and strategy, policymakers will start negotiations with the IMF on the 6th October to secure a fresh credit line. 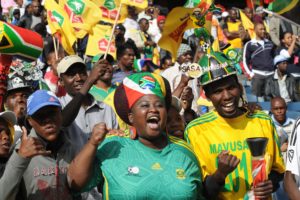 Investor sentiment in Africa was positive during the week. Consequently, most regional stock indices gained. The South African TOP 40 index rose 4.5% in USD. Meanwhile, the Egyptian Hermes index gained 1.2% in USD by the end of Friday.

CPI inflation in South Africa slowed to 3.1% YoY in August, remaining just within the central bank’s 3-6% inflation target range. The deceleration in the headline gauge was primarily due to the easing of food price pressures. During the week, labour market metrics were released as well, showing the unemployment rate declined to 23.3% in 2Q20 from 30.1%. The decrease in the headline unemployment gauge was not driven by the improvement in the jobs market, but by the fact that jobless workers felt discouraged, or were unable to officially register themselves as jobseekers. The expanded unemployment rate, which captures this phenomenon, rose to 42%.

Real GDP in Morocco declined 14.9% YoY in 2Q20. The weakness was broad-based as both agricultural (-6.3% YoY) and non-agricultural activities (-15.5% YoY) contracted. The deep recession can be explained by the lockdown measures throughout the quarter, the absence of tourists and the weakness in demand in Morocco’s key export markets.

The non-oil private sector PMI in Egypt emerged from contractionary territory in September, as it reached 50.4 for the first time in 14 months. September was the third month in a row when both the production and new orders components were in expansion.