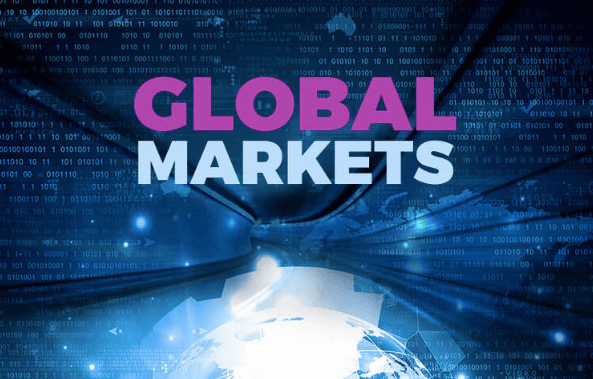 TRADE TENSIONS BETWEEN THE US & CHINA ENTER A NEW CHAPTER
Events last week unfolded so fast that investors are still gasping for air. It all started with Fed Chair Powell’s post-rate cut speech, in which he argued that the Fed was unlikely to deliver a long series of rate cuts –strengthening the USD and driving the S&P500 lower. Later, US President Trump unexpectedly announced his plans to impose 10% tariffs on USD 300bn worth of Chinese goods. The President’s idea further disrupted investor sentiment globally. And just this week, the Chinese government delivered their response by weakening the Chinese renminbi above the threshold of 7 against the greenback.

UNITED STATES
S&P 2,932 -3.10%, 10yr Treasury 1.77% -22.51bps, HY Credit Index 340 +31bps, Vix 19.94 +5.45Vol
Investor sentiment significantly deteriorated in the US stock market after Fed Chair Powell’s (more hawkish-than-expected) remarks on Wednesday. Later, risk-aversion further intensified when President Trump announced his plan for 10% tariffs on the remaining USD 300bn of imported goods from China. As a result, the vast majority of the stock indices declined by the end of the week; the S&P500 lost 3.1% of its value, whilst the Nasdaq Composite declined 3.9%. In an attempt to find safe(r) assets, investors flocked to the Treasury market depressing the whole curve. Consequently, the 2-year Treasury yield fell 14bp to 1.65%, whilst the 10-year plunged 23bp to 1.78%. Despite the Fed Chair’s reluctance to start a large-scale easing cycle, Fed funds futures imply a significant degree of further rate cuts. If the scenario envisioned by the Fed funds futures market materialises, the Fed funds rate could be as low as 1% by the end of 2020.
The Federal Reserve cut the Fed funds rate by 25bp to 2.00-2.25% in line with market expectations. According to the assessment by the FOMC, there are downside risks to the US’ GDP growth outlook due to the international trade tensions. Chair Powell emphasized that the rate cut is not the start of a full cutting cycle, but a ‘mid-cycle adjustment’ to ‘sustain the expansion.’ The Chair did not provide further clarification on the outlook for monetary policy.
Chair Powell’s vague remarks on the outlook for monetary policy and the Fed funds rate were more hawkish than the broad market expected.
The jobs report in July was consistent with the view that the domestic economic activity in the US remained solid and virtually unhurt thus far by the trade tensions between the US and China. Although the unemployment rate increased by 0.1ppt to 3.7%, it was primarily due to the rise in labour force participation to 63%, as inactive workers (re-)entered the labour force. The US economy added 164,000 jobs in July, according to NFP statistics. Furthermore, nominal wage growth strengthened to 3.2% YoY.

EUROPE
Eurostoxx 3,351 -4.28%, German Bund -0.53% -11.90bps, Xover Credit Index 277 -25bps, USDEUR .899 +0.07%
Risk aversion intensified in the European markets, as US President Trump threatened China with further tariffs and monthly macro indicators suggested that the economic slump in the Eurozone deepened. The German DAX delivered one of the poorest performances, as the index lost 4.5% of its value in USD by the end of the week. As investors sought safe-haven assets, flows targeted the sovereign bond market, where yields hit new all-time lows. As a result, the German 10-year yield dropped to -0.50%. The very high degree of risk-aversion is also captured by the fact that the whole Swiss sovereign yield curve has sunk deeper into the sub-zero territory: the 10-year yield was at -0.83%, whilst the 50-year yield was at -0.20% at the end of last week, according to Bloomberg.

ASIA
HSCEI 10,086 -4.74%, Nikkei 20,720.29 -0.72%, 10yr JGB- 0.19% 0bps, USDJPY 105.910 -1.93%
Investor sentiment in Asian stock markets substantially worsened: the MSCI Asia Pacific ex. Japan index declined 4.7% in USD by the end of the week, erasing most of its gains year-to-date. The South Korean market (-5.1% in USD), Chinese “H” shares (-4.7% in USD) and the Taiwanese market (-4.4% in USD) delivered the poorest performances during the week. In contrast, Bangladesh and Pakistan outperformed their Asian peers, as both countries’ stock indices were flat in USD terms. One of the most notable moments for markets this week is when the USDCNY exchange rate crossed the 7-level, which further dampens investors’ appetite for riskier assets.
China’s Caixin manufacturing PMI decreased to 49.7 – indicating the industrial output could contract in the coming months. According to the details, domestic demand has been strengthening as opposed to new export orders, which have been decreasing for several months now. Elsewhere in Asia, manufacturing PMIs were mixed. The PMI in India further rose and reached 52.5 due to increasing consumer goods and intermediate goods production. The index in Vietnam remained very strong, at 52.6. Meanwhile, the Philippine figure strengthened to 52.1. Domestic demand in both Vietnam and the Philippines further improved in July. In contrast, manufacturing PMI in Indonesia declined to 49.6, indicating industrial weakness ahead.
The monsoon rains in India have intensified recently, as the amount of rainfall was over the long-term ‘normal’ amount by 4%, reducing the overall deficiency to 9% from 33% in July. According to professional weather forecasters, rainfall should be ‘normal’ in August and September, which should further reduce the deficiency and help replenish reserves.
Consumer price inflation in South Korea was 0.6% YoY in July. Inflation remains depressed due to low oil prices and a sharp decline in vegetables prices. Meanwhile, exports continued to decline, by 11% YoY in July, mainly due to sharply contracting semiconductor exports. The decrease in imports moderated to 2.7% YoY.

LATIN AMERICA
MSCI Lat Am 2,762 -3.43%
The majority of Latin American stock indices declined during the week, due to the escalation of trade tensions between the US and China. The Peruvian (-6.3% in USD) and Colombian market (-6.1% in USD) underperformed their regional peers.
The Brazilian central bank reduced the policy rate by 50bp to 6%. The MPC revised down its inflation forecast to 3.6% for end-2020. According to the statement, the MPC saw further room for monetary easing in a benign inflationary environment.
It is highly likely that the Brazilian central bank will opt for further rate cuts in the coming months. The terminal level of the policy rate will depend on the degree of disinflation in Brazil as well as on the extent of Fed’s rate cutting cycle.
Real GDP growth in Mexico slowed to 0.4% YoY (0.1% QoQ) in 2Q19. As a result, the country avoided slipping into a recession. The weakness in the Mexican economy was broad-based, since output in all major industries contracted.
Mexican Finance Minister Herrera announced that the government will use MXN 121bn from the budgetary income stabilization fund (FEIP) to fill this year’s revenue shortfall to comply with fiscal targets.
Peruvian President Vizcarra proposed bringing forward the general election to April 2020 from July 2021. In order to do this, the constitution needs to be changed, which requires both congressional approval and a referendum.

AFRICA
MSCI Africa 771 -4.18%
The South African stock market was one of the worst performers compared with its African peers during the week, as the country’s benchmark stock index lost 4.9% of its value in USD terms. The South African market was followed by the Kenyan one (-2.7% in USD) and the Nigerian market (-1.3% in USD). In contrast, the Egyptian stock market realised one of the smallest losses vs. other African stock markets last week, as the index was down 0.8% in USD.
South Africa’s economy further weakened in 2Q19, when unemployment rate climbed to 29% – the highest jobless rate since 2008. In terms of absolute numbers, it meant that there were 6.7 million people without jobs.
Consumer price inflation in Kenya rose to 6.3% YoY in July, due to a sharp increase in food prices and transport costs. Despite the acceleration in the headline inflation gauge, it remains within the 2.5-7.5% inflation target band.
This week’s global market outlook is powered by Alquity www.alquity.com