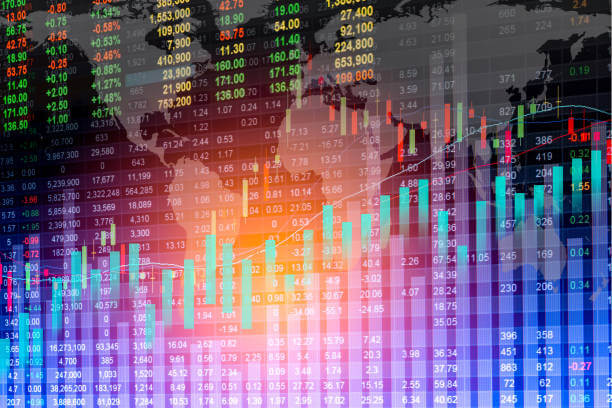 UNAMBIGUOUSLY POSITIVE MACRO DATA IN THE U.S.
The strength of the US economy shined through the latest set of macro data releases, surprising investors positively. The 3Q19 real GDP growth print appears to be significantly stronger than the median market estimate. The latest report showed that the US economy expanded 1.9% in annualised terms. Pessimists would argue that the growth story has only two legs, i.e. strong domestic demand and a supportive Fed, whilst the story is missing its third leg, due to the loss of momentum in manufacturing activity, which is further amplified by the trade tensions between the US and China. Optimists however may see the glass half full, since the US’s economy is largely domestically focussed, and the labour market remains hot (proven by the stronger-than-expected jobs report on Friday).
Eyes turn to the front of the trade negotiations between the US and China, again. The APEC Summit in Chile has been cancelled due to civil unrest. There was optimism in the market that Presidents Trump and XI would use that meeting to sign an interim ‘Phase One’ deal. Although signing an agreement lacks a venue right now, it does not necessarily mean that a deal will not get signed – especially if there is a credible commitment by both parties. President Trump has already signalled that he is happy to sign the deal wherever. Now, the ball is in the Chinese administration’s court.

UNITED STATES
S&P 3,067 +1.47%, 10yr Treasury 1.75% -8.40bps, HY Credit Index 330 +0bps, Vix 12.64 -.35Vol
Stock markets in the US enjoyed the improvement in investor sentiment and as a result, the vast majority of the broad indices rose: the S&P500 increased 1.5% and the Nasdaq Composite gained 1.7%. The improvement in investor sentiment was largely due to three factors: the increase probability of an interim (‘Phase One’) deal between the US and China, solid 3Q19 GDP growth driven by household spending, a strong jobs report and – last but not least – the rate cut by the Fed. By the end of the week, Treasury yields fell (the 10-year yield decreased 8bp to 1.71%).

EUROPE
Eurostoxx 3,648 +0.77%, German Bund -0.36% -2.00bps, Xover Credit Index 228 -5bps, USDEUR .896 -0.79%
Investor sentiment in European areas has improved, which in turn translated into higher stock indices.  The stock markets in three out of the four largest Euro Area economies performed strongly: the Italian index was up 2.3%, the French market gained 1.5%, whilst the German index rose 1.3% (all in USD). In contrast, the Spanish stock index declined (-0.3% in USD). As the probability of a hard Brexit decreased (at least in the very near term), the UK’s FTSE100 stock index rose 0.6% in USD terms by the end of the week. Meanwhile in the sovereign bond space, yields barely moved, the 10-year German Bund yield ended the week at -0.38%.

ASIA
HSCEI 10,813 +1.51%, Nikkei 22,850.77 +0.70%, 10yr JGB 0.18% 0bps, USDJPY 108.370 -0.47%
Asian markets gained during the week, as market optimism rose that the ‘Phase One’ trade deal between the US and China could be signed very soon. Consequently, the MSCI Asia Pacific ex. Japan index increased 1.8% in USD by the end of the trading week. The Indian stock market was one of the best performing markets during the week, as the Nifty 50 rose 3% in USD. The Pakistani (+2.2% in USD) and the Malaysian index (+2% in USD) performed strongly as well.
The official and the private (Caixin) manufacturing PMI diverged from each other further in October, as the official index decreased to 49.3 (signalling contraction) as opposed to the Caixin one, which rose to 51.7 (signalling expansion). According to the detailed breakdown of the official PMI figure, export orders further weakened, which contributed to the headline index’s sustained decrease. In contrast, the Caixin index rose on the back of strengthening domestic orders and improving business sentiment. (The Caixin PMI more closely tracks small, private manufacturers, whilst the official index focuses more on large, state-owned firms.)
Overall, the readings confirm previous trends that export-orientated industries are still going through a period of weakness in business activity and production, whilst domestically focussed industries operate in an environment where prospects for demand remain promising.
Taiwan’s GDP grew 2.9% YoY in 3Q19, from 2.4% YoY in the previous quarter. It was mainly driven by a 3.7% YoY increase in government spending – this may have included subsidies to preferential investments, prompting some Taiwanese manufacturers to move their production lines from Mainland China to Taiwan. Despite the government’s efforts to boost investment activity, capital formation contracted by 1% YoY. Growth in household spending reached 1.5% YoY, which was partly due to the low base.
The Governor of the Philippine central bank indicated the MPC was done with policy easing for the remainder of the year after three policy rate reductions and a series of cuts to the reserve requirement ratio (RRR).

LATIN AMERICA
MSCI Lat Am 2,822 +1.04%
Investor sentiment improved in most Latin American stock markets during the week and as a result the MSCI Latin America index gained 1% in USD. The Colombian stock index performed very strongly, as the country’s benchmark was up 3.3% in USD, followed by the Peruvian (+2% in USD) and the Brazilian index (+1.7% in USD). Due to the civil unrest in Chile, the stock market declined (-5.4% in USD).
The central bank of Brazil delivered a widely expected decision, cutting the key policy interest rate by 50bp to 5% in a unanimous decision. The Monetary Policy Council’s statement indicated that the next policy move will probably be another 50bp cut.
According to the flash GDP estimate, Mexico’s real GDP contracted 0.4% YoY in 3Q19. Looking at the breakdown, activity in the industrial sector decreased 1.8% YoY in 3Q19, whilst activity in the services sector stagnated. In contrast, the agricultural sector was the only area of the economy, which registered an expansion in output of 5.3% in YoY.
Following the central bank of Colombia’s monetary policy decision, where the policy rate was held at 4.25%, the central bank released the meeting’s minutes and monetary policy report. According to the minutes, in the Monetary Policy Council’s view domestic economic developments in Colombia are strong enough to warrant the stability of the policy interest rate.

AFRICA
MSCI Africa 749 -1.35%
Investor sentiment was positive in the majority of African stock markets. By the end of Friday trading hours, the Egyptian stock index was up 2.6% in USD. Other markets such as the South African one went sideways (+0.4% in USD), whilst the Nigerian benchmark lost 0.4% of its value in USD.
Credit rating agency Moody’s on Friday announced that it had decided not to downgrade the country’s rating from the last investment grade notch (Baa3) to ‘junk’, although the agency did worsen the assigned outlook from ‘stable’ to ‘negative’. This came after the country released forecasts that showed its financial situation is deteriorating. The change in outlook from Moody’s reflects ‘the material risk that the government will not succeed in arresting the deterioration of its finances through a revival in economic growth and fiscal consolidation measures,’ the credit assessor said in a statement Friday. The nation is already rated below investment grade at S&P and Fitch, both of which downgraded its rating to ‘junk’ in 2017.
If Moody’s cuts South Africa’s rating, the country would lose its place in the FTSE World Government Bond Index. Such an adverse decision would spark an investor sell-off and outflows of as much as USD 15bn, according to various estimates.
This week’s global market outlook is powered by Alquity www.alquity.com