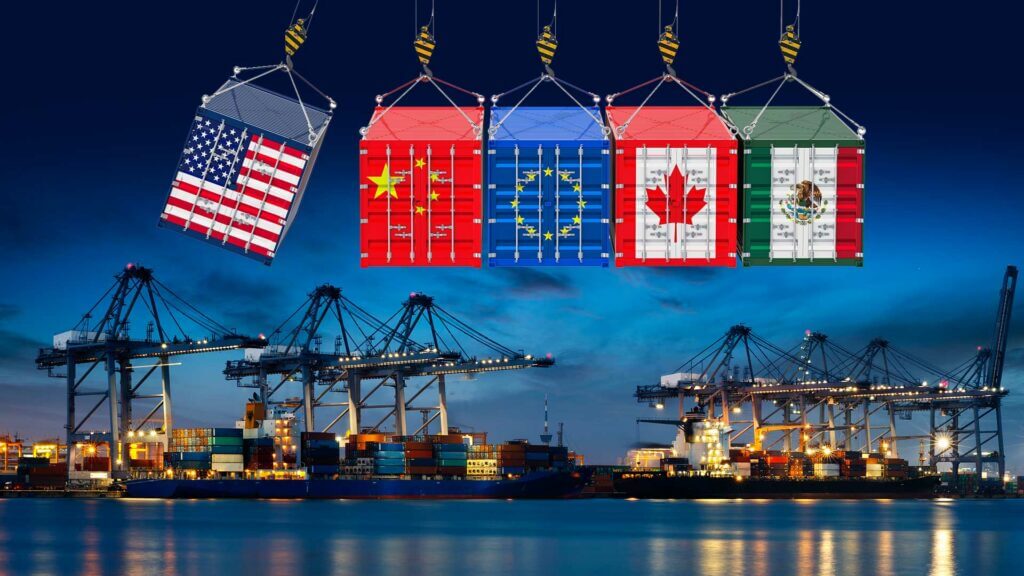 THE TARIFF MAN STRIKES AGAIN
During the last few weeks, it’s been pointed out that the chances of a cease fire between the US and China had become unlikely on the foreseeable horizon. As US President Trump upped the ante last week and slapped a considerable amount of tariffs on Mexican exports to the US, the probability of a near-term global trade truce has decreased even further. The POTUS’ measure caught markets off-guard and triggered massive safe haven flows driving the 10-year US Treasury yield to 2.13%, a low not seen since September 2017. The reason for such a swing in the global investor sentiment is simple: it has become obvious that any country can easily become a target in just a blink of an eye, as President Trump imposed punitive tariffs on Mexico purely for domestic political gains (i.e. not for reasons underpinned by economic ideology). Such policy unpredictability can easily disrupt market sentiment for a protracted period of time.
Thus far, we argued that the global growth story would not be meaningfully hurt by the US-Sino trade dispute. With the outlook for global trade contorted, countries like Mexico with open economies, weak structural growth potential and very limited room for policy stimulus will likely face dampening growth prospects. On the other hand, countries relying primarily on domestic structural growth with largely closed economies and policy space to stimulate, such as China, India and Brazil, are likely to go through this episode with greater ease than what the broad market currently prices.

UNITED STATES
S&P 2,752 -2.62%, 10yr Treasury 2.09% -19.56bps, HY Credit Index 392 +25bps, Vix 19.50 +2.86Vol
President Trump’s increasingly protectionist stance weighed on investor sentiment in the US stock markets, as the major indices declined (S&P 500 down by 2.6%, Nasdaq Composite down by 2.4%). Despite the major losses during May (S&P 500 declined 6.6%, Nasdaq Composite decreased 7.9%), the vast majority of US stock indices are still well up year-to-date. The POTUS’s tweets and tariffs triggered massive safe haven flows, which sent Treasury yields south. As a result, the 10-year Treasury yield plummeted 20bp and hit 2.13%. According to the implied pricing by the Fed funds futures, the broad market expects a 25bp rate cut by the Fed by the end of this year, and 50bp worth of rate reduction throughout 2020.
It was confirmed that real GDP growth in the US exceeded 3% in annualised terms in the first quarter of 2019. Household spending, inventory-building and net exports boosted headline growth. In contrast, business investment activity contracted.
It is true that monthly macroeconomic data have become somewhat weaker in Q2. Despite the moderation, macro data in the US continues to imply further real GDP expansion in the coming quarters. Latest surveys and polls suggest that GDP growth in the US will hit or even exceed 2% this year.

EUROPE
Eurostoxx 3,249 -2.47%, German Bund -0.21% -8.50bps, Xover Credit Index 315 -14bps, USDEUR .895 +0.39%
European stock markets did not fare particularly well during the week, as the majority of stock indices declined in USD terms: the Italian benchmark decreased 3.2%, the German index declined 2.7%, the French one decreased 2.4%, while the Spanish reference index lost 2.2% of its value. Sovereign yields eased across the Eurozone with the exception of Italy, whose risk premium widened due to budgetary disputes between the Italian government and the EU. By the end of the week, the 10-year German Bund yield decreased 9bp to -0.20% on the back of a risk-averse investor sentiment.

ASIA
HSCEI 10,422 -0.46%, Nikkei 20,410.88 -1.67%, 10yr JGB- 0.09% 0bps, USDJPY 108.280 -0.79%
Asian stock markets fared relatively well despite the global investor sentiment turning sour due to President Trump’s increasingly protectionist stance. The MSCI Asia Pacific ex. Japan was flat on the week. The Malaysian (+3.4% in USD), Pakistani (+2.9% in USD) and Indonesian (+2.9% in USD) markets were among the best performers, while the South Korean (-0.6% in USD) and Vietnamese (-1.1% in USD) markets delivered an underwhelming performance.
Manufacturing PMI in China fell to 49.4 in May, below the neutral-mark of 50. The headline PMI figure was primarily brought down – again – by the weakness in export orders. The sub-index for production remained in the expansionary territory, as the sub-index for domestic new orders remained firm. Meanwhile, non-manufacturing PMI continued to signal strong domestic economic activity, as the index was 54.3 in May, matching the value seen in April. According to the details, construction activity remained very strong.
The granular data continues to imply that the Chinese domestic economy remains in solid shape despite the on-going trade tensions between the US and China.
Real GDP growth in India was 5.8% YoY in CY 1Q19, slower than Bloomberg consensus. This brings growth to 6.8% in FY 2019 (between April 2018 and March 2019). Private consumption growth was stable and strong at 7.2% YoY, while investment growth slowed to 3.6% YoY due to strict lending conditions. On the supply side, agricultural output stagnated, manufacturing and construction activities growth slowed, while services growth remained strong.
Going forward, real GDP growth will accelerate in the coming quarters, as the RBI’s rate cuts gradually feed through to the underlying economy through easing financial conditions. In addition, the recent announcement by the Modi 2.0 government to provide further financial aid to farmers should also bolster GDP growth.

LATIN AMERICA
MSCI Lat Am 2,684 +3.93%
Investor sentiment in the Latin American region was mixed. The market in Brazil was in an exceptionally positive mood, as the country’s benchmark index gained 7.2% in USD. In contrast, Mexico underperformed, as US President Trump’s ‘tweet and tariff’ approach weighed on market sentiment. As a result, the Mexican benchmark index fell 2.7% in USD.
Real GDP growth in Brazil was 0.5% YoY in 1Q19. In a quarterly comparison, GDP contracted by 0.2%. The weak performance in the first quarter of the year was largely due to contracting investments and net exports. In contrast, private consumption and government spending contributed to headline growth.
US President Trump caught everybody off guard when he announced the imposition of a 5% tariff on Mexican exports flowing to the US (coming to effect on the 10th June). The rate may rise to 10% on the 1st July, 15% on the 1st August, 20% on the 1st September and 25% on the 1st October – unless the US deems that Mexico took actions to stop illegal migration to the US.
As an initial reaction to the announcement, the Mexican peso depreciated almost 3% vs. the USD. Mexico is an open economy with about with 78% of GDP in terms of foreign trade exposure (i.e. sum the total exports and imports). More importantly, the US accounts for about three-quarters of the destination for Mexico’s exports. The longer the tariff imposition on Mexican trade the greater the adverse economic impact will be. Due to the lack of space for both fiscal and monetary policymakers, the country’s economy could easily slip into a prolonged period of recession.

AFRICA
MSCI Africa 780 +2.84%
African stock markets delivered a mixed performance during the week: the South African (+1.1% in USD) and Nigerian (+0.8% in USD) indices gained, while the Egyptian and Moroccan benchmarks decrease by 0.5% and 1.1% in USD, respectively.
South African President Ramaphosa announced the members of his new cabinet. Most importantly, Finance Minister Mboweni was retained and the majority of the appointments come from the market-friendly pro-Ramaphosa group.
The market reacted positively to the announcement.
According to the deputy governor of the South African central bank, the recent decline in inflation expectations was ‘encouraging.’
In the context of slowing core inflation, the central bank has started to prepare for delivering a rate cut in the coming months if external market conditions allow for it.
This week’s global market outlook is powered by Alquity www.alquity.com