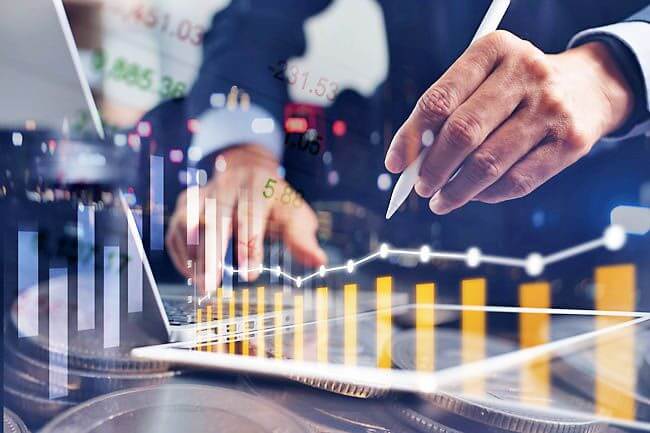 LOW(ER) RATES BY THE FED FOR EVEN LONGER

World industrial production continued to recover in June, when the volume of output grew 4.8% MoM, following the modest 0.8% MoM growth in May. Despite the strong monthly growth figure in June, the level of industrial activity was still down by 7.2% compared with the previous year. From a regional point of view, the Eurozone and emerging Asia contributed the most to the stabilisation. World trade, on the other hand, just turned a corner in June when the volume of trade rose 7.6% MoM. Therefore, it is safe to say that as long as economies remain open, world industrial production and world trade will get a chance to continue edging towards the pre-pandemic level.

Fed Chair Jerome Powell announced that the Federal Reserve will adopt a ‘flexible form of average inflation targeting.’ In another major change, the Fed will now interpret its maximum employment goal as a ‘broad-based and inclusive goal,’ which means that rather than focusing solely on aggregate labour market metrics, Fed officials will scrutinise how low-income and minority labour market participants are doing. The Fed Chair – deliberately – did not use tight language and thus it will take some time for markets to fully understand how the new framework works in practice. 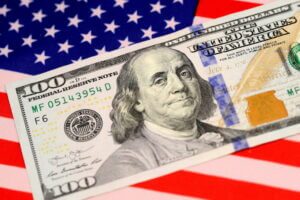 The dollar weakened against a wide variety of developed and emerging market currencies during the week (the DXY index was down 0.9%) after Chair Jerome Powell’s dovish announcement regarding the strategic changes to the Federal Reserve’s monetary policy framework. The greater appetite for riskier assets was reflected in the gains of stock indices (the S&P 500 rose 3.3%), whilst the Treasury curve steepened (the 2-year yield decreased by 2bp to 0.13% and the 10-year yield rose 9bp to 0.72%). 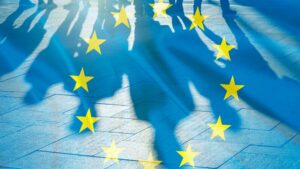 Despite the rapidly climbing coronavirus cases in Europe, investor sentiment was positive, which in turn drove stock indices higher. The Spanish and French indices were among the best performing developed benchmarks during the week, as each rose 3.2% in USD. Meanwhile, the Polish stock index gained 2.2% in USD by the end of Friday.

The unemployment rate in Poland remained stable at 6.1% in July. According to the Family and Labour Minister, the rate of unemployment is unlikely to exceed 8% in the second half of 2020, as the government’s support measures help mitigate the damage brought about by the coronavirus. 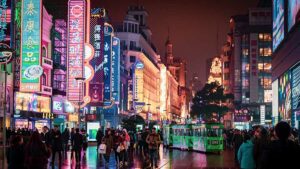 The dovish message by the Fed Chair contributed to the improvement in investor sentiment in emerging Asian markets and as a result most stock indices gained by the end of Friday. The Indian Nifty 50 index delivered one of the strongest returns during the week by rising 4.9% in USD. The Nifty 50 was followed by the Pakistani (+4.5% in USD) and Thai (+3.4% in USD) benchmarks.

Real GDP in India declined 23.9% YoY in 2Q20, due to the lockdown measures in force. From a production point of view, construction activity (-50.3% YoY), trade, hotel, transport and communication services (-47% YoY) and manufacturing output (-39.3% YoY) were badly hit by the containment measures. On the other hand, agricultural activity remained a bright spot, since the sector rose 3.4% YoY – showcasing the strength and resilience of economic activity in the rural areas. Going forward, the pace of the economic normalisation will mostly be a function of the lockdown measures’ stringency. In order to support the post-crisis economic recovery, the central bank (RBI) will remain on an accommodative stance to aid credit flow. The RBI governor recently claimed that in his view the government will deliver further fiscal measures in the near term.

The central bank of South Korea left the key policy rate stable at 0.50% in a unanimous decision. The Governor claimed that the room for further rate cuts was limited and the Monetary Policy Council would only utilise it if the economic outlook warranted it. Later, industrial production statistics for July were released, which showed that industrial output volume rose 1.6% MoM (adjusted for seasonal effects) following a 7.2% MoM rise in June. As the manufacturing sector’s capacity utilisation remains low at 69.9% (vs. 73.2% in 2019), there is still a considerable amount of room for the South Korean industry to catch up to the pre-pandemic levels. Thus, the central bank will most likely stay on the current accommodative stance for a prolonged period of time to aid the economic recovery.

According to the latest set of Vietnamese macro data, the economic growth momentum somewhat slowed in August due to the second covid outbreak in some parts of the country. Industrial production declined 0.6% YoY in August, primarily due to the deepening decrease of mining output. As opposed to mining, manufacturing activity stagnated in an annual comparison. Retail sales continued to expand, by 1.9% YoY in August as goods sales growth held up at 6.6% YoY. Exports grew 2.5% YoY in August, bringing the value of YTD exports back to pre-crisis levels. As a result, the YTD foreign trade surplus reached a record USD 11.9bn.

The US Treasury charged Vietnam with ‘undervaluing’ its currency as part of an ongoing anti-subsidy investigation against passenger and light truck tire imports from Vietnam and three other economies (Korea, Taiwan and Thailand). Vietnam was already on the US Treasury’s watchlist of currency manipulators. If the US Treasury decides to label Vietnam in its semi-annual report (due since April 2020) as a ‘currency manipulator,’ the US might push Vietnam for trade concessions, additional import of goods from the US or changes to the Vietnamese central bank’s current currency policy.

The Brazilian currency and stock market were among the greatest regional beneficiaries of the improved global investor sentiment. Consequently, the relevant Brazilian stock index rose 3.6% in USD by the end of Friday. Investor sentiment in the Brazilian market was also supported by idiosyncratic factors, such as the news flow related to the country’s Economy Minister, who is said to remain in office – as opposed to previous speculations that he might resign.

According to the monthly GDP proxy index, economic activity in Mexico fell 18.7% YoY in June. The decline in activity was led by industrial production and followed by the services sector. Overall, Mexico’s real GDP decreased 10.1% in the first half of the year. Later, the central bank of Mexico released the minutes of the last rate setting meeting when the Monetary Policy Committee (MPC) voted for a 50bp rate cut, to 4.50%. The document revealed that the majority of the MPC was in favour of maintaining an accommodative stance. The magnitude of further easing will be dependent on the evolution of the economy as well as changes in the inflation outlook.

The labour market in Chile further weakened in July, as unemployment rate rose to 13.1%, from 12.2% in June. Meanwhile, employment declined 20.6% YoY, whilst labour force participation lowered by 10.9ppt to 51.8% – primarily due to the lockdown restrictions in force. 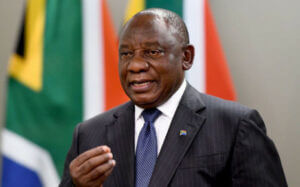 The South African Top 40 stock index rose 3.6% in USD during the week, as the country’s financial markets enjoyed the positive spill over effect of a stronger global risk appetite. The Egyptian Hermes index rose 3.1% in USD by the end of Friday.

Consumer price inflation in South Africa was 3.2% YoY in July (up from 2.2% YoY in June), returning into the central bank’s 3-6% inflation target band. The acceleration in the headline inflation gauge is predominantly attributed to higher transport and local fuel price inflation. In contrast, core inflation rose from 3% YoY to 3.2% YoY – signalling that demand-sensitive inflation remained depressed in July.

South Africa’s President, Mr Cyril Ramaphosa is considering making changes to his cabinet, according to media reports. No decision has been made, but it is highly likely that the President would attempt to remove certain members of his cabinet, who are associated with graft cases and hinder the President’s reform efforts.

Nigeria’s GDP contracted 6.1% YoY in 2Q20. According to the report by the Statistics Office, both the oil and non-oil economies were badly hit. Activity in the oil economy fell 6.6% YoY, as global crude oil prices plummeted. Within the non-oil economy, wholesale and retail trade declined -16.6% YoY, followed by manufacturing activity (-8.2% YoY)–.