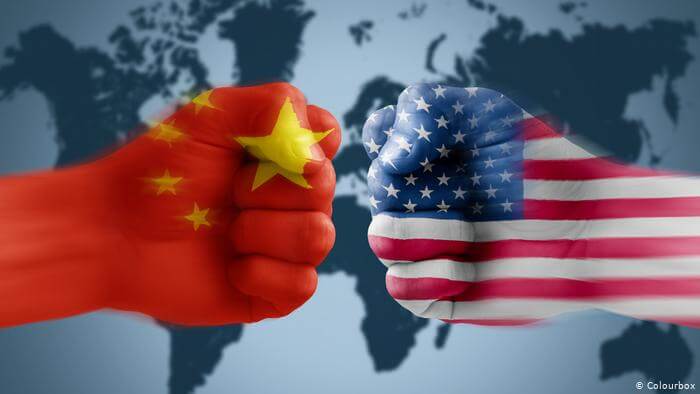 THE SPAT GOES ON: “IT’S NOT ME, IT’S YOU”
The US and China were pointing fingers at each other last week claiming that their partner acted unreasonably and hindered making progress in the negotiations. On Monday, US President Trump came out with a statement citing that he and his administration were not ready to make a deal with China, threatened that tariffs ‘could go up very, very substantially, very easily’ and added that eventually there would be a trade deal in the future. In a nutshell, there is really nothing new here that could meaningfully impact macroeconomic fundamentals. For the time being, investors should find comfort in the fact that Chinese authorities publicly – including the PBOC – claimed that any disruptions to the renminbi market will be prevented to keep the market stable, and that the Fed remains patient.

UNITED STATES
S&P 2,826 -1.17%, 10yr Treasury 2.29% -7.07bps, HY Credit Index 363 +16bps, Vix 15.85 -.11Vol
The combination of growth concerns and trade tensions amplified the risk averse investor sentiment. As a result, stock indices in the US declined (the S&P500 by 1.2%, the Russell 2000 by 1.4% and the Nasdaq Composite by 2.2%). Meanwhile, investors flocked to the US Treasury market seeking a safe harbour. Due to the intensifying flows targeting safe fixed income assets, the 2-year Treasury yield declined by 3bp to 2.16%, while the 10-year yield decreased by 7bp to 2.32%. Currently, the market expects a 25bp rate cut by the Fed in 1Q20 and an additional 25bp cut in 4Q20, according to the pricing implied by the Fed funds futures.
The wording of the FOMC minutes was largely as expected, i.e. Fed voting members echoed recent communications that the current stance of monetary policy remains appropriate for ‘some time’.  According to the Committee, recent softness in inflation was due to ‘idiosyncratic’ factors and would be transitory. The language of the minutes showed that the FOMC wanted to retain flexibility in case there are surprises to their macroeconomic projection – either upside or downside.

ASIA
HSCEI 10,429 -2.27%, Nikkei 21,260.14 -0.11%, 10yr JGB- 0.07% 0bps, USDJPY 109.400 -0.52%
Asian stock markets delivered a mixed performance, as investor sentiment was shaken by the trade tensions between the US and China. Chinese “H” and “A” shares performed poorly relative to their emerging Asian peers, as the indices declined by 2.3% and 0.7% in USD, respectively. In contrast, the Indian stock market performed very strongly, as the market celebrated the fact that PM Modi was re-elected with a larger majority than expected. As a result, the Indian Nifty50 index gained 5.2% in USD terms, outperforming the vast majority of the emerging Asian stock markets during the week.
Financial market players cheered as the Modi 2.0 government took the centre stage. According to Election Committee of India, the Modi-led BJP party officially won the general elections by a landslide and secured over 300 mandates (with 67% voter turnout) surpassing the 272 needed for a simple majority and the 282 won in 2014. Modi being the most popular politician in India and his campaign on national security, counter-terrorism and Indian nationalism were key to achieve such an outstanding result unseen in three decades. From a regional aspect, the BJP won about 90% of the seats in the north, central and west India, where the party has historically done well. In Uttar Pradesh, India’s largest state, the BJP and its allies won 64 seats (out of 80). In Gujarat, Rajasthan and Madhya Pradesh, the BJP claimed all mandates. In states, where opposition parties dominated in the past, the BJP has furthered strengthened its popularity, such as West Bengal (18 seats), and Odisha (7 seats). Overall, the BJP-led National Democratic Alliance (NDA) will have around 350 seats (a two-thirds majority) allowing for passing legislation smoothly in the next five-year cycle.
The BJP’s greater-than-expected victory significantly boosts investor sentiment in Indian financial markets, as a substantial amount of fog on the policy horizon has cleared. Modi 2.0 has become a synonym for policy continuity, political stability and decisive leadership. The Modi 2.0 government was granted more than enough political capital to carry on with the reform agenda facilitating structural enhancements (e.g. the labour market, land and judiciary reforms) to further unlock India’s inherent growth potential. Therefore, five more years of pro-business policy clarity will increasingly attract foreign investors to (re-)enter India.
The Pakistani central bank devalued the rupee against the dollar (by 8% to 152.5) and raised the policy rate (by 150bp to 12.25%) to comply with the IMF’s requirements in lieu for a USD 6bn financial bailout package.
The government is on track with the delivery of the initial reform steps to secure enough funding to have the ability to smoothly meet its financial obligations in the next 12-18 months. In response to the more positive news, investor sentiment in Pakistani financial markets has started to visibly improve.
Real GDP growth in Thailand was 2.8% YoY in 1Q19, down from 3.6% YoY in 4Q18. Headline Thai GDP growth was largely driven by the increasing drag effect of net imports, as the volume of exports fell to a greater extent than the volume of imports. Private consumption and investments growth held up well.

LATIN AMERICA
MSCI Lat Am 2,609 +2.18%
Despite the ongoing trade tensions between the US and China, Brazil delivered a very strong performance during the week, as the country’s benchmark increased by 4.7% in USD. The bounce was due to idiosyncratic reasons, or in other words, the domestic political scene calmed to some extent reinvigorating investors’ hopes for a fiscally powerful and robust pension reform. Other markets such as the Mexican (-1.5% in USD), the Peruvian (-1.7% in USD) and the Colombian (-2.1% in USD) performed poorly.
Retail sales growth in Mexico was 1.6% YoY in March, decelerating from 2.5% YoY in February. Overall, the rate of retail sales volume growth was 1.2% YoY in 1Q19, slower than in the previous quarter.
The fact that retail sales growth persistently meaningfully slowed in 1Q19 is consistent with the fact that services activity contracted. Consequently, weak domestic economic momentum largely explains quarterly real GDP contraction (by 0.2%).
Chilean real GDP growth was 1.6% YoY in 1Q19, slowing from 3.6% YoY a quarter ago. While domestic consumption growth was stable, net export detracted a greater extent from headline growth than in the previous quarter. On the supply side, mining and agricultural activities were the key detractors, as other industries, such as services and construction contributed to overall growth.
Credit rating agency Moody’s improved the outlook of Colombia’s credit rating (Baa2) from ‘negative’ to ‘stable.’ Moody’s argued that the positive outlook on Colombia’s economic activity will help stabilise the country’s fiscal accounts. In contrast, Fitch worsened the country’s outlook from ‘stable’ to ‘negative’ retaining its BBB rating. According to Fitch, Colombia’s fiscal buffers are unsatisfactory, and the tax base is not wide enough.

AFRICA
MSCI Africa 757 -4.21%
African stock markets delivered a mixed performance during the week. While the South African benchmark index decreased 3.3% in USD, the Egyptian index rose 1.9% in USD and the Nigerian increased by a whopping 7% in USD.
South African inflation slowed to 4.4% YoY in April, falling below the 4.5%-midpoint of the central bank’s inflation target band. The persistent decrease in price pressures was broad-based, as communication services, hospitality, housing, food and non-alcoholic beverage inflation persistently eased. Filtering out the impact of the higher energy (mostly oil) prices, core consumer price inflation dropped to 4.1% YoY. In the context of softening domestic inflationary pressure, the central bank shifted to a more dovish stance, while leaving the policy rate stable at 6.75%. Policymakers reduced their inflation forecast to 4.5% for 2019.
Persistently slowing inflation in the context of a stagnating domestic economy increases the chance that the central bank will opt for reducing the policy rate in the coming months.
Real GDP growth in Nigeria slowed further, to 2% YoY in 1Q19. According to the official statistics, oil production volume declined in an annual comparison, while activity in non-oil industries strengthened in a moderate manner. In the latter half of the week, the central bank of Nigeria held the policy rate stable at 13.5%, keeping a ca. 2% positive real interest rate. The governor of the central bank cited that economic activity was very weak and suggested that stimulus could boost growth without increasing inflation.
The central bank of Egypt decided to keep the policy rate stable at 15.75% in the context of elevated inflation and a risk-averse global investor sentiment. According to the post-meeting statement, the MPC had been closely monitoring domestic price pressures and keeping an eye on the upcoming electricity and fuel subsidy cuts.
This week’s global market outlook is powered by Alquity www.alquity.com