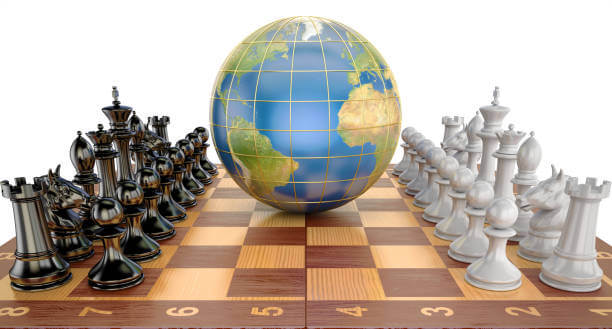 GEOPOLITICAL DEVELOPMENTS TO DRIVE MARKETS IN THE SHORT TERM
Last week was dominated – again – by the news flow related to the trade tensions between the US and China. On Friday afternoon, China announced countermeasures to President Trump’s 10% tariffs on USD 300bn of Chinese goods by imposing 5-10% tariffs on USD 75bn of US imports on 1 September and 15 December. In response to the measures taken by the Chinese authorities, the POTUS lashed out at China, ‘ordered’ US companies to find an alternative location for production and raised tariffs further by 5% on all US imports from China (worth around USD 550bn of goods). Fed Chair Jerome Powell had the chance to calm the nerves of financial markets by delivering a reassuringly dovish speech at the annual Jackson Hole Symposium. Mr Powell, however, did not pre-commit to a greater degree of monetary easing. On a brighter note, President Trump claimed that trade talks between the US and the EU were on track and the parties were ‘very close to doing a deal.’ As the economic diary remains relatively empty for the week, the political news flow could be one of the key drivers of asset prices in the short-term.

UNITED STATES
S&P 2,878 -1.44%, 10yr Treasury 1.51% -1.87bps, HY Credit Index 355 -1bps, Vix 20.22 +1.40Vol
The escalation of trade tensions between the US and China roiled the stock market in the US. As a result, the majority of the stock indices declined during the week: the S&P 500 decreased 1.4%, whilst the Nasdaq Composite lost 1.8% of its value. Meanwhile, the Treasury curve has inverted on the 2s10s segment, as the 2-year yield rose to 1.53%, whilst the 10-year eased to 1.52%. The inversion of the yield curve signals the fixed income investors expect of a meaningful slowdown in the US’ economic activity. The pricing by the Fed funds futures market continues to imply a significant degree of monetary loosening of 100bp to 1.00-1.25%.
The minutes from the July FOMC meeting – when the Fed funds rate was cut by 25bp to 2.00-2.25% – underwhelmed the market. The document provided no new information in terms of the conduct of monetary policy nor firm guidance on the Fed funds rate. The decision to cut the Fed funds rate was not unanimous, since there were ‘several’ members, who wanted to keep the rate stable, whilst a ‘couple’ voting members wanted a 50bp cut. Later at Jackson Hole, Chair Powell delivered a moderately dovish speech, which confirmed the content of the FOMC minutes.
The Markit manufacturing PMI gauge fell to 49.9 in August – signalling that industrial activity in the US could stagnate in the coming months. The index has not been at or below 50 since September 2009. A weakness in new orders (e.g. in the automotive sector) was the primary cause of the PMI dipping slightly below 50. In contrast, the components for actual output growth and employment strengthened. Meanwhile, the services PMI was 50.9 in August, indicating further strengthening in services activity.

EUROPE
Eurostoxx 3,340 +0.57%, German Bund -0.68% +1.00bps, Xover Credit Index 270 -9bps, USDEUR .900 -0.40%
The majority of European stock markets gained during the week. The stock indices of the Eurozone’s four largest economies were up: the Spanish market increased 0.2%, the German index rose 0.8%, the French benchmark gained 0.9%, whilst the Italian one was up 1.2% (all in USD). Sovereign yields remained very depressed: the 10-year German Bund yield was -0.67% at the end of the week. The market currently awaits a large-scale easing package by the European Central Bank at its next monetary policy meeting in September.

ASIA
HSCEI 9,980 +2.30%, Nikkei 20,456.08 +2.27%, 10yr JGB- 0.27% 0bps, USDJPY 105.720 -0.82%
Asian stock markets fared rather well despite the turbulent political news flow. By the end of the trading week, the Pakistani stock index was up by 10% in USD, followed by Chinese “H” shares (+2.3% in USD) and the Thai market (+1.9% in USD). In contrast, the Indian market performed poorly during the week, as the market was down 2.6% in USD.
The Indian Finance Minister announced various budgetary measures to boost economic growth, including the recapitalisation of the public sector banks, supporting the domestic car industry, providing liquidity to non-bank and housing finance companies, GST relief for small and medium-sized enterprises, and scrapping the capital gains tax for foreign portfolio investors. Later, the Reserve Bank of India released the minutes from its monetary policy meeting in August, when the policy rate was cut by an unorthodox 35bp to 5.40%. The MPC concluded that further stimulus had had to be provided to the domestic economy in order to counter the cyclical weakness.
Indonesia’s central bank caught the market off-guard by slashing the policy rate 25bp to 5.50%. The MPC found that there was a need for a policy manoeuvre in order to cushion the potential impact of a slowdown in global growth on the domestic economy.
Industrial production in Taiwan rose 3% YoY in July, emerging from a slump seen in the previous months, when industrial output contracted 0.5% YoY. The bounce in production was primarily due to strong growth in smartphones, whilst the downtrend in other categories did not reverse in July.
The central bank in Sri Lanka reduced the policy rate by 50bp to 8% following through on its previous guidance. The MPC decided to loosen financial conditions in order to support the ailing domestic economy.

LATIN AMERICA
MSCI Lat Am 2,476 -2.97%
Risk-aversion in the Latin American stock market intensified during the week. As a result, the MSCI EM Latin America index declined 3% in USD. Argentina delivered the poorest performance, as the country’s stock index lost 10.9% in USD, due to domestic political and policy uncertainties.
According to the Brazilian President’s Chief of Staff, the government plans to privatise state-owned enterprises such as Telebras, Correios and Emgea. By privatising SOEs, the government seeks up to BRL 2tn.
Real GDP growth in Mexico stagnated in 2Q19 relative to the previous quarter, whilst in an annual comparison it contracted 0.8%. According to the detail breakdown, the weak economic performance in 2Q19 was mainly due to the decline in industrial and agricultural production. Overall, GDP growth slowed to 0.2% YoY in the first half of the year.
Economic activity in Peru continued to strengthen in 2Q19. The pace of expansion, however, was softer than in the previous quarter, as real GDP growth slowed to 1.2% YoY (vs. 2.4% YoY in 1Q19). Details revealed that domestic demand growth strengthened, due to a pick-up in public demand.
The IMF staff flew to Argentina in order to meet the economic advisors of the main presidential candidates. The IMF wants to discuss the economic outlook and the agendas of the candidates for the Economy Minister position. The aim of the trip is to determine whether to disburse USD 5.3bn in September out of the record USD 56bn bailout package.

AFRICA
MSCI Africa 717 +0.98%
Stock market performance in Africa was mixed. Nigeria (+3.7% in USD) and Egypt (+0.5% in USD) outperformed the majority of their regional peers. In contrast, the Kenya stock market (-2.1% in USD) declined by the end of the trading week.
The central bank of Egypt slashed the policy interest rate by 150bp to 15.25%, as the great degree of disinflation proved to be persistent (CPI inflation was 8.7% YoY in July). The fact that the central bank lowered rates did not come as a surprise, but the magnitude was greater than expectations. According to the guidance provided by the MPC, ‘the path for future policy rates remains a function of inflation expectations, rather than of prevailing inflation rates.’
It is highly likely that the Egyptian central bank will further reduce the policy interest rate in the remainder of the year. The degree of additional financial loosening depends on the magnitude of the Fed’s easing cycle and domestic inflationary developments.
Inflation in South Africa slowed to 4% YoY in July, whilst core inflation – a measure that excludes items with volatile prices, such as food, fuel or energy – decelerated to 4.2% YoY. The decline in the rate of inflation was primarily driven by weakening domestic demand, which led to abating price pressures.
This week’s global market outlook is powered by Alquity www.alquity.com