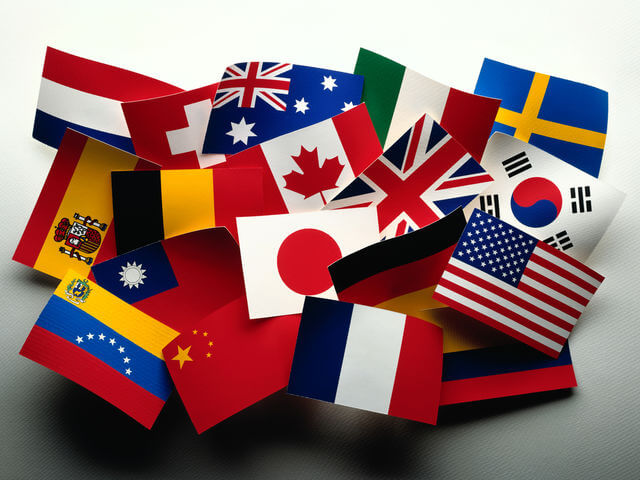 HOPE SPRINGS ETERNAL
Since the financial crisis, there has been much discussion of “secular stagnation” or a “new normal” for the global economy, with lower growth and inflation. Last year, a commodity rally sparked a brief move higher in headline inflation. However, outside a few special cases mostly related to currency weakness (like the UK), measures of core inflation have struggled to move higher.
Central banks remain resolute that price pressures are just around the corner. With unemployment at multi-decade lows in the US, the FED are using the “Philips Curve” as their anchor (that there is an inverse relationship between the level of unemployment and the rate of inflation) and raising rates ahead of a potential surge in wages.
Markets, however, are more skeptical. Despite 3 rate hikes in 6 months, the US 10-year is 0.5% lower in yield (this week the 10-year hit its lowest yield since the Presidential election at 2.10%). Similarly, whilst the FED is clearly guiding a further rate raise this year as part of an ongoing cycle, futures markets price only a 40% chance of another hike before January and less than 2 hikes over the next 2 years. Commodity markets too are refusing to stick to a bullish regime. Oil prices were again lower last week, extending their longest run of weekly losses since August 2015.
In fact, although the central banking fraternity believe tighter labour markets are going to prompt higher inflation over the coming months, they appear to acknowledge that their current mandates (in US/Europe/Japan/UK encompassing a 2% inflation target) may leave insufficient room to stimulate long-term growth. During the FED’s press conference, Janet Yellen said the question of raising inflation targets was “one of the most important questions facing monetary policy.”
In short, although the global economy currently has some decent momentum, the underlying weakness in the developed market story still lurks in the background.

The FED’s balance sheet has grown by around USD 3.5trn since the onset of the crisis. Current guidance is for around 1/3 of that to be unwound over the next 3 years.
There was a raft of economic data, most of which was weak. Core CPI disappointed, retail sales posted their biggest drop in 16 months, consumer sentiment declined, housing starts decreased for the 3rd consecutive month and building permits fell to their lowest level in 13 months. Only manufacturing gauges bucked the trend with the Empire State measure rebounding and the Philly Fed falling less than expected. In equity markets, technology again underperformed.

EUROPE
Eurostoxx 3,581 -1.26%, German Bund 0.28% +1.20bps, Xover Credit Index 236 -3bps, EURUSD 1.119 -0.01%
The German ZEW survey registered its highest reading for the “current situation” since July 2011, but the “expectations” component fell markedly. More generally, the change in sentiment towards European assets continued, with investment inflows logging a 12th consecutive positive week.
After the requisite 6 months of wrangling, the EU and IMF announced a new deal for Greece that will support debt repayments of EUR 7bn in July. Poul Thomsen, Director of the IMF’s European Department, described the agreement as “not the first best solution”. He would be right; although Greece was granted an additional EUR 8.5bn of funding, the country continues to be excluded from the ECB’s asset purchase program and, most importantly, there was no discussion of debt relief (postponed until August 2018).
It was another bad week for the UK:

In the second round of the French assembly elections, new President Macron’s en Marche party (together with centrist ally Modem, secured 350 out of 577 seats. Whilst the result was solid, it came on a record low 43% turnout and fell short of expectations for a landslide. The outgoing Socialist party retained only 44 of 284 seats and the National Front consolidated their representation with 9 seats.
The CBR in Russia cut rates by 0.25% to 9% as inflation falls towards its 4% target (4.1% in May). This was the 3rd consecutive cut, with more expected to follow. It came as the US voted to impose new sanctions on the country based on interference in its elections and the conflicts in Syria and Ukraine.
The CBT in Turkey left rates on hold.

ASIA
HSCEI 1,054 -2.00%, Nikkei 2,006.00 -0.66%, 10yr JGB 0.06% 0bps, USDJPY 111.180 +0.48%
Japan’s Q1 GDP growth was downgraded from an initial estimate at 2.2% to a much slower 1.0% because of a downward adjustment to oil inventories. At their monetary policy meeting, the BOJ left policy unchanged with small to changes to its outlook; the assessment of private consumption changing to “has increased its resilience” from “has been resilient” and deleting the phrase “emerging economies remain sluggish in part”.
China’s broad credit growth rate in May came in at 12.9% YOY, the same level as in April, despite the PBOC continuing to pursue a ‘selective tightening’ policy. M2 growth slowed to 9.6% YOY in May from 10.5% YOY in April.
This showed a continuation of the recent divergence between money supply growth (M2) and credit growth (measured by total social financing).
China’s industrial production growth rate was flat month on month at 6.5% YOY, continuing the recent trend of firm data.
India’s inflation rate touched a five-year low in May, with CPI inflation dropping to 2.2% YOY, down from 3.0% in April and below the market’s expectations. This was the lowest reading of the consumer price index since the government began publishing it in 2012. This follows the Reserve Bank of India’s meeting on 7th June where rates were left on hold.
At the June meeting, we saw the RBI change to a more dovish policy statement, commenting on an “abrupt and significant retreat of inflation in April”. This was a noticeable change from the previous meeting’s rhetoric where policymakers were explicit in repositioning from an accommodative to a neutral stance. Now, with CPI inflation at an all-time low and forecasts for a good monsoon, expectations are growing for a 25bp rate cut in August.
India’s current account deficit shrank to 0.6% of GDP, narrowing more than expected from 1.4% last quarter. The goods trade deficit fell from $33.3bn in Q4 2016 to $29.7bn in Q1 2017, while the services trade surplus fell marginally. The gradual narrowing of the current account deficit has been supporting the Indian Rupee which, despite the Fed tightening and the RBI loosening, has caused the rupee to strengthen to its highest level since August 2015.
Bank Indonesia kept interest rates on hold at 4.75% for the eighth consecutive month. The overall statement was largely unchanged, with policymakers adding that the FOMC rate hike had minimal impact on Indonesian financial markets due to its predictability, and offering a more optimistic assessment of the domestic economy. BI left its GDP growth forecasts for the year unchanged at 5.0%-5.4%.
Sri Lanka’s GDP growth rate decelerated to 3.8% YOY in Q1 2017, down from 5.3% in Q4 2016. A severe drought accentuated the decline. The services sector remains the most important driver of the Sri Lankan economy, contributing 52.3% of GDP.

LATIN AMERICA
MSCI Lat Am 2,534 -0.07%
The electoral court acquitted Michel Temer of illegally financing his 2014 election campaign, clearing his most immediate threat. As time goes by, there are no significant demonstrations against Temer on the streets and no consensus about a possible replacement, thus market participants are coming to the conclusion that it would be better for asset prices to keep the beleaguered president in office after all.
Brazil’s IPCA inflation fell to 3.6% YOY in May, well below the 4.5% target of the central bank.
Brazil’s core retail sales advanced 1% MOM in April (seasonally adjusted), above consensus (-0.7%).  This marked the first gain after 24 months in negative territory. Consumers are benefitting from the disinflationary trend (helping real income growth), falling interest rates (declining debt service) and withdrawals from inactive accounts held under the FGTS employment protection program.
However, consumption cannot recover sustainably if unemployment remains as elevated as 13%.
Argentina’s central bank kept the monetary policy rate unchanged at 26.25%. INDEC’s May inflation for both headline (1.3% MOM) and core reading (1.6% MOM) were below those for April (2.6% and 2.3% respectively) confirming the disinflation process is resuming.

AFRICA
MSCI Africa 832 -2.61%
Moody’s downgraded South Africa’s rating by one notch to Baa3, based on a deterioration of fiscal strength, supported by weak growth and policy uncertainty. This is one notch above “junk” but was already well discounted by the market as S&P and Fitch already downgraded SA below Investment grade status.
The ZAR depreciated 1.8% on Thursday after the Mines Minister announced a mandatory 30% black-ownership of mines in South Africa. This is likely to be fought in appeal but if confirmed, this measure will dis-incentive mining investment questioning the sustainability of the whole mining industry.
South African retail sales unexpectedly grew 1.5% YOY in April from a revised 0.9% (originally 0.8%) in March, in part due to Easter holidays. Year-to-date (January – April) retail sales volumes are down 0.4% YOY and this data point should remain an outlier in the overall gloomy picture.
The Central Bank of Egypt lifted the transfer limit on foreign currency, which was imposed at USD 100,000/year/client since 2011. Banks are now allowed to carry out transfers for clients without restrictions.
Egypt’s current account deficit narrowed 38% YOY in 1Q17. Signs of Egypt’s economy normalising after the floating of the currency are good: