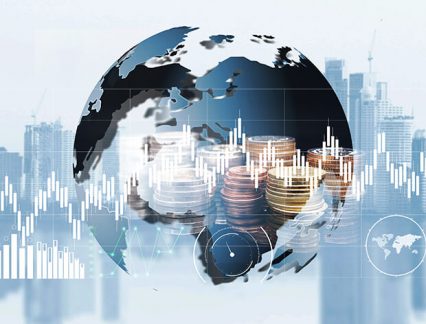 A NEW SET OF POLITICAL RISKS COULD KEEP THE MARKET ON ITS TOES
Just when the market thought that the risk premia related to political and policy uncertainties (e.g. trade tensions between the US and China, Brexit, etc.) would not widen further to a meaningful degree, a new set of risks entered the equation. News that the Democratic Party in the US is set to start the impeachment process against President Trump and further intensifying economic distress in Germany dented appetite for risk assets. On Friday and during the weekend, rumours surfaced that the White House are (internally) mulling ways to limit US investors’ portfolio flows into China. As the implications of the impeachment and limiting portfolio flows into China are a challenge and a half to estimate, markets globally could remain jittery.

UNITED STATES
S&P 2,962 -1.01%, 10yr Treasury 1.70% -4.14bps, HY Credit Index 356 +32bps, Vix 17.14 +1.90Vol
Stock markets in the US performed poorly during the week due to the intensification of domestic political tensions, i.e. the increasing probability of the impeachment of President Trump. As a result, the majority of the stock indices declined: the S&P 500 decreased 1%, whilst the Nasdaq Composite lost 2.2% of its value. Due to the rising risk-aversion, the greenback strengthened (the DXY was up 0.6% during the week), whilst the Treasury curve shifted downwards (the 2-year yield down 5bp to 1.63%, whilst the 10-year yield decreased 4bp to 1.68%). Currently, the Fed funds futures market imply two additional 25bp rate cuts over the course of the following four quarters.

EUROPE
Eurostoxx 3,546 -1.28%, German Bund -0.56% -5.20bps, Xover Credit Index 235 -18bps, USDEUR .914 +0.57%
The majority of the European stock markets declined (in USD terms) during the week, due to the intensification of political risks in the US and UK, whilst fresh signs of German economic weakness amplified further deepened investors’ concerns. The intensification of risk-aversion weighed on sovereign bond yields, which depressed both the core and periphery yields in the Eurozone. As a result, the 10-year German Bund yield decreased 5bp to -0.57%.

ASIA
HSCEI 10,190 -2.22%, Nikkei 21,755.84 -0.89%, 10yr JGB- 0.21% 0bps, USDJPY 107.840 -0.02%
Investors’ appetite for risk weakened during the week, which in turn weighed on Asian stock markets. The South Korean market (-2.8% in USD) and Chinese “A” shares (-2.9% in USD) performed poorly during the week. In contrast, the broad India stock market headed north (Nifty50 +2.7% in USD) thanks to the favourable impact of the corporate income tax. In such an environment, frontier markets performed strongly as well: Bangladesh rose 1.9% in USD, whilst Vietnam increased 0.8% in USD.
Vietnam released a wide set of macroeconomic figures, the majority of which were stronger than expected. Most importantly, real GDP growth accelerated to 7.3% YoY in 3Q19 (vs. 6.7% YoY in the previous quarter). The faster GDP growth was driven by a broad-based strengthening of the underlying economic activity, as industrial, construction and services activities were robust with the exception of agricultural output (which was adversely impacted by unfavourable weather conditions and the outbreak of African swine flu).
Despite the ongoing trade tensions between the US and China and slowdown in global economic activity, Vietnam’s economy has showed resilience. As a result, it is likely that the full-year GDP growth in 2019 could be as high as 7% – one of the fastest across emerging and frontier markets.
In a unanimous decision, the central bank of Thailand held the key policy rate at 1.50% The decision was in line with the median market expectation. The Monetary Policy Committee deemed that the prevailing financial conditions were accommodative enough. However, should economic activity further weaken, the MPC could lower the policy rate to bolster domestic growth.
The central bank of Philippines carried on with its loosening cycle, as the Monetary Policy Committee cut the policy rate by 25bp to 4.50%. The Governor hinted that the Committee would remain on its dovish stance and continue easing financial conditions in order to bolster household consumption and investment activity in the context of a benign inflationary environment.

LATIN AMERICA
MSCI Lat Am 2,686 -0.09%
Latin American stock markets delivered a mixed performance during the week: whilst the Brazilian (+0.8% in USD) and Peruvian (+0.6% in USD) markets gained, the Mexican (-2.9% in USD) and Colombian (-2.5% in USD) declined.
The central bank in Mexico eased domestic financial conditions by cutting the key policy rate 25bp to 7.75%. The decision to reduce the interest rate was unanimous, however, there were two MPC members, who voted for a greater degree of monetary accommodation. The tone of the written statement released after the meeting was neutral, emphasising the symmetry of the balance of risks.
The country’s underlying economy could benefit for lower (real) interest rates, since the latest macroeconomic indicators imply that sluggish GDP growth may persist for a prolonged period. However, the MPC has to be cautious with the degree of rate cuts in order to avoid inducing unwanted volatility in the Mexican financial markets.
Both industrial and retail confidence rose in Colombia in August. Industrial confidence further improved to 10.5 (a positive figure denotes positive sentiment), up from 5.3 a year ago. On the other hand, retail confidence further galloped and reached 29.1, the highest August reading since 2016. Due to the strong domestic fundamentals and growth prospects, the central bank left the policy rate stable at 4.25%.

AFRICA
MSCI Africa 737 -3.85%
Investor sentiment in Africa weakened during the week, as the majority of the broad stock indices declined (in USD terms). The Egyptian stock market was among the underperformers (-6.4% in USD), due to the fear that protests in Cairo and other cities could destabilise the local political landscape and be economically harmful. According to the news flow during the week, the gathering protesters were dispersed by security forces. The news flow and the rate cut delivered by the central bank helped the stock market start its recovery at the end of the trading week. Other stock markets, such as the South African (-3.7% in USD), were impacted by international developments and global risk appetite.
In line with expectations, the Egyptian central bank slashed the key policy interest rate by 100bp to 13.25%, as disinflation persisted and drove the headline inflation gauge to 7.5% YoY in August. The Monetary Policy Committee claimed that the decision was consistent with achieving an inflation target of 9% +/- 3ppt by the end of 2020.
Although the central bank has been reducing nominal interest rates, Egyptian assets remain very attractive (relative to other emerging and frontier markets) as the real interest rates remain in the range between 5-6%.
Although the Kenyan Monetary Policy Committee held the key policy rate stable at 9%, the central bank has shifted to a more dovish stance. In the MPC’s view, the Treasury’s revised budget with a lower expenditure target could call for lower interest rates in the future.
The Moroccan central bank maintained the policy interest rate at 2.25%, whilst lowering the required reserve ratio (from 4%) to 2% in order to boost liquidity in the banking sector. According to the central bank, real GDP growth may be 2.7% in 2019 before it accelerates to 3.8% in 2020, whilst inflation could be as low as 0.4% in 2019.
This week’s global market outlook is powered by Alquity www.alquity.com