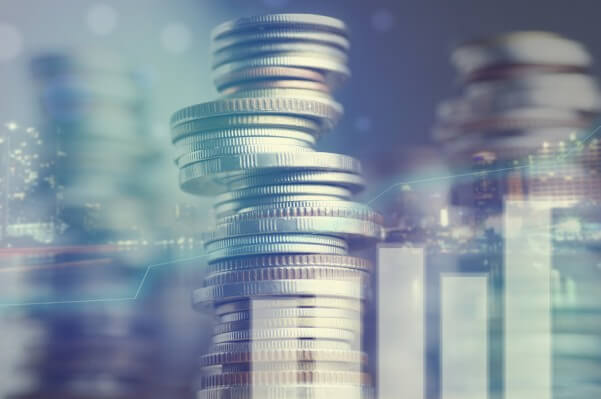 US OFFICIALS SOUND OPTIMISTIC ON PHASE ONE TRADE DEAL
Top US and Chinese trade negotiators had a ‘constructive call’ on Saturday. It is welcome news that headlines have turned more positive after a week of setbacks. Although US Treasury Secretary Mnuchin, US Secretary of Commerce Ross, and US Presidential Advisor Kudlow made reassuring statements that there was a ‘very high probability’ of a deal, their Chinese counterparts remained quiet. It remains uncertain whether the two parties will eventually sign anything by the end of the year, and even if they do so, further frictions may persist. For the time being, markets seem to be pricing in a swift interim Phase One trade agreement between the world’s two largest economies.
This week the global economic diary remains fairly light on relevant economic data releases. Markets will be focussing on two key things: the release of the FOMC minutes on Wednesday and any piece of news related to the trade talks.

Consumer price inflation in India reached 4.6% YoY in October, rising from 4% YoY in the previous month. The increase was primarily due to unprocessed food, namely vegetable prices which rose 26.1% YoY (vegetables include items such as onion, garlic, tomato, etc.). Core inflation (excluding the impact of goods with volatile prices, such as unprocessed food) slowed to 3.4% YoY in October, from 4% YoY in the previous month. The slowdown in core prices was broad-based.
The Philippine central bank paused its rate cutting cycle and kept the key policy rate stable at 4%. Although the Council opted for no rate changes this time, members left the door open for further rate cuts in the future should the external environment and domestic inflationary developments allow.
Indonesia’s foreign trade balance registered a surplus in October amounting to USD 160mn. Value of imports contracted to a greater degree than the decrease in exports value. The fall in exports was cushioned by the strong performance of mineral ore and coal exports.

LATIN AMERICA
MSCI Lat Am 2,690 -1.84%
Latin American stock markets went through a challenging period during the week as the vast majority of the broad stock indices declined in USD. Argentina delivered one of the poorest returns by the end of the trading week, as the country’s stock index decreased 6.9% in USD. Chile’s stock index was broadly flat. However, on a year-to-date basis, the Chilean stock index is down 14.6% in USD.
Industrial production in Mexico contracted by 2% YoY in seasonally adjusted terms in September.  The degree of contraction in annual terms deepened relative to August, when industrial activity decreased 0.9% YoY. The weak performance by Mexico’s industry was primarily driven by construction (-7.3% YoY) and mining (-3% YoY), whilst manufacturing activity was flat. Later during the week, Mexico’s central bank cut the key interest rate by 25bp to 7.50%. Although the Monetary Policy Council (MPC) members unanimously agreed that there was room for a rate cut, two members opted for a rate reduction of greater magnitude. The tone of the MPC’s written statement remained dovish acknowledging the weakness in the underlying economic activity.
Lawmakers in Chile agreed on a mechanism to change the Pinochet-era constitution. A referendum will be held in April to decide whether an elected constituent convention or a mix of the convention and congress will rewrite the constitution. The final draft will be put to a second referendum.
Colombia released economic activity data for September: retail sales volume growth was 6.9% YoY, whilst manufacturing activity reached 0.3% YoY. Real GDP growth in 3Q19 was as strong as 3.3% YoY.  According to the detailed GDP statistics, domestic demand has continued to strengthen, as both household consumption and investment activity contributed to the improvement in the domestic economic activity.
Mr. Alberto Fernandez acknowledged that Argentina’s current debt re-profiling scenario cannot be similar to Uruguay’s in 2003. Previously his comments about replicating a Uruguay-style restructuring for Argentina had weighed on investor sentiment and negatively impacted Argentine financial asset prices. Furthermore, President-elect Fernandez claimed that he would announce his cabinet and economic team when he takes office on the 10th December.
Economic activity in Peru grew 2.2% YoY in September, slowing from 3.4% YoY in August. Overall, GDP has expanded 2.2% since the beginning of 2019. In September, activity in the primary sectors (i.e. mining and agriculture) contracted -1.6% YoY, whilst non-primary sectors expanded 3.2% YoY (e.g. construction increased by 3.8% YoY, services grew 3.5% YoY, etc.).

AFRICA
MSCI Africa 767 -0.11%
African stock markets delivered a mixed performance during the week. Whilst the Nigerian (+1.9% in USD) and Moroccan (+0.7% in USD) stock markets delivered positive returns during the week, indices in other countries declined as the South African index decreased 0.5% in USD, and the Egyptian benchmark edged down 1.2% in USD.
Egypt’s consumer price inflation slowed to 3.1% YoY in October, from 4.8% YoY in September. Meanwhile, core inflation remained stable, as the gauge was seen at 2.7% YoY in October. The sustained period of depressed inflation allowed the central bank to deliver an additional rate cut. The monetary authority decided to reduce the key policy rate by 100bp to 13.25%.
Although the central bank has been cutting the policy interest rate, the real interest rate in Egypt remains one of the highest among most emerging economies. Further reduction in the (real) interest rate will aid the domestic economy and increase the probability of maintaining real GDP growth in the range between 5-6% p.a.
Egypt has issued dollar-denominated eurobonds worth USD 2bn in three tranches to cover part of its USD 5bn FY2020 budget, the finance ministry said in a statement. Subscription orders exceeded USD 14.5bn.
This week’s global market outlook is powered by Alquity www.alquity.com