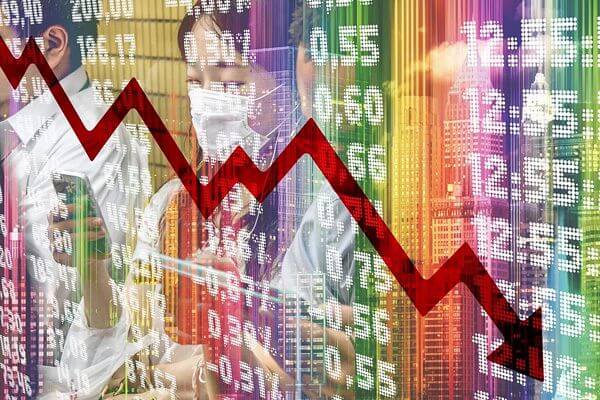 FRESH DATA POINTS TO HELP GAUGE THE IMPACT OF GLOBAL LOCKDOWN
The concluded OPEC+ oil supply agreement is similar in substance to that outlined last Thursday. According to the official statement, OPEC+ members will reduce production by 9.7 million barrels per day. However, the supply-side adjustment will probably be insufficient to bring balance to the oil market in the near term, since the estimated decline in global demand falls in the range of 20-30 million barrels a day. Furthermore, there are signs of disunity, which may imply that compliance could prove to be poor over time, thus reaching the point where the supply and demand balance could be further delayed.
Macro data from China this week may provide insights on the breadth and scope of the coronavirus’ economic impact, as 1Q20 data points (including GDP) will be released. Some high-frequency indicators in the US from March (e.g. retail sales, industrial production, etc.) could indicate the initial impact of the virus and the lockdown on the world’s largest economy. In addition, earnings season kicks off this week with US banks and financial firms reporting their results. These data points could provide markets with reference points for economic and financial performance in a time of the global coronavirus pandemic.

UNITED STATES
S&P 2,762 +12.10%, 10yr Treasury 0.76% +12.43bps, HY Credit Index 545 -244bps, Vix 41.17 -5.13Vol
Major stock indices in the US were boosted by investors’ renewed optimism that the stimulus packages by the US administration and the Federal Reserve could provide enough support to the US’ economy. By the end of the week, the S&P 500 rose 12.1%, which meant that the index’s year-to-date decline narrowed to 13.7%. Meanwhile, the Treasury curve steepened, as the 2-year yield remained flat at 0.22%, whilst the 10-year yield rose 12bp to 0.72%. The increase in long-dated Treasury yields coincided with dollar weakness, since the trade-weighted dollar index (DXY) declined 1.1% during the week. Despite the dollar’s broad-based depreciation during the week, the DXY remains up 3.2% since the beginning of the year.

EUROPE
Eurostoxx 2,918 +10.13%, German Bund -0.35% +9.40bps, Xover Credit Index 469 -172bps, USDEUR .915 -1.49%
European stock markets benefitted from the improvement in global investor sentiment, as all major stock indices in the region gained during the week. In this environment, the German DAX index was one of the best performers, which rose 12.4% in USD by the end of Friday. However, year-to-date, the German benchmark remains in the negative territory by 22.2% in USD. Meanwhile, government bond yields in the Eurozone rose (the 10-year German Bund yield increased 9bp to -0.35%), whilst periphery spreads somewhat tightened.

ASIA
HSCEI 9,865 +3.36%, Nikkei 19,638.81 +9.54%,10yr JGB 0.02% +0bps, USDJPY 107.660 -0.11%
The improvement in global market sentiment spilt over into Asian stock markets, as the vast majority of the regional stock indices gained by the end of Friday. The Indian Nifty50 index was one of the best performers within the emerging Asian region during the week, as the benchmark rose 13.3% in USD. The Indian index was followed by the South Korean KOSPI 200, which gained 9.5% in USD.
Chinese credit and money supply metrics in March indicated a pick-up in domestic lending activities. M2 money supply growth accelerated to 10.1% YoY in March (vs. 8.8% YoY in February), as corporate bond issuance bounced, whilst bank lending to household and corporates strengthened. The acceleration of lending activity was partly driven by the fact that some extent of the pent-up demand from February was probably unleashed, whilst the central bank’s (PBoC) measures gave a boost to credit activities.
Industrial production growth in India accelerated to 4.5% YoY in February (vs. 2% YoY in January). According to the detailed breakdown, manufacturing output volume rose 3.2% YoY, mining activity strengthened 10% YoY, whilst electricity generation increased 8.1% YoY in February. The official industrial statistics were in line with the 54.5 manufacturing PMI figures for February, which eased to 51.8 in March (the survey was conducted before PM Modi instructed the lockdown). Meanwhile, the services PMI weakened to 49.3 in March, indicating contraction in services activities. The written commentary pointed out that survey participants struck an optimistic tone (despite the Covid-related economic weakness) and argued for a strengthening economic activity within a year’s time.
Consumer price inflation in the Philippines was 2.5% YoY in March, slightly slower than in February. Meanwhile, core inflation (filtering out unprocessed food and energy prices) slowed to 3.1% YoY. Both gauges remained well within the central banks 2-4% inflation target range. The stability in the benign inflation environment could allow the central bank to further reduce the key policy rate from the current level of 3.25%, according to the central bank governor’s latest remarks.
The central bank of Bangladesh cut the key policy rate by 50bp to 5.25%, whilst cutting the reserve requirement ratio by 100bp to 4%. The government announced that loans would be provided worth BDT 500bn to businesses at a subsidised interest rate. The principle of these loans would be provided by commercial banks.

LATIN AMERICA
Latin American stock indices benefitted from a stronger global risk appetite. The Brazilian stock index bounced during the week, as the country’s benchmark gained 17.2% in USD by the end of Friday. Meanwhile, the relevant Colombian, Mexican and Chilean indices gained 8.8%, 7.5% and 6.7%, respectively (all in USD).
Industrial production in Mexico contracted 1.9% YoY in February, as manufacturing output further declined. Manufacturing PMI fell to 46.9 in March, suggesting that the contraction of industrial production could further deepen in the coming months.
The Colombian government announced new measures to deal with the adverse impact of the coronavirus outbreak on the domestic economy. The measures are aimed to protect the most vulnerable segments of the population, SMEs, employment, and to promote an adequate flow of credit. As part of the package, the government will finance the salaries paid by SMEs for three months, suspend contributions paid by employers and employees for three months, etc.
Chilean President Pinera announced a second package of fiscal measures amounting to USD 5bn (close to 2% of GDP) and is complementary to the USD 11.7bn package (close to 5% of GDP) released on the 17th March. The first fiscal package included an employment protection initiative, a capital injection of USD 0.5bn to the state bank, a special bonus for non-formal workers (benefitting nearly 3 million people), etc. The second fiscal package considers two key areas: protecting economic activity and protecting income, especially for informal workers.

AFRICA
The performance of the African stock indices was mixed during the week. The South African TOP40 index delivered one of the strongest performances by the end of Friday, as the benchmark rose 13.7% in USD. Despite the great magnitude of the weekly gain, the South African stock index remains behind its regional peers year-to-date. Elsewhere, the Egyptian index rose 7.1% in USD, whilst the Kenya benchmark declined 2.2% in USD.
Egypt’s annual consumer price inflation slowed to 5.1% YoY in March, from 5.3% YoY in February. Meanwhile, core inflation remained flat at 1.9% YoY in March. According to the detailed breakdown, food prices fell 1.7% YoY in March.
South African business confidence dropped to its lowest in seven months in March as the global pandemic impacted vehicle sales and saw the rand currency weaken.
Nigeria’s finance minister said that the government had requested a total of USD 6.9bn from the IMF and other multilateral lenders. It is also seeking the suspension of debt-servicing obligations for 2020 and 2021 from multilateral lenders. The International Monetary Fund said it was considering Nigeria’s request for USD 3.4bn in emergency financing to combat the impact of the new coronavirus pandemic.
Morocco has drawn all resources available under a precautionary liquidity arrangement with the International Monetary Fund, worth about USD 3bn, to limit the social and economic impact of the pandemic. According to the IMF’s statement, the amount would allow Morocco to maintain an adequate level of official reserves to mitigate pressures on the balance of payments.
This week’s global market outlook is powered by Alquity www.alquity.com