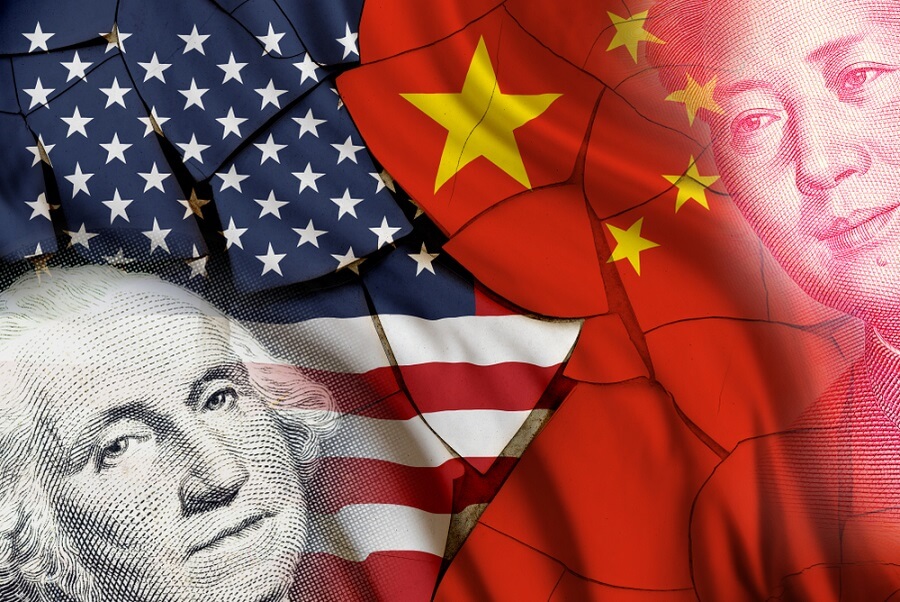 RENEWED TRADE TENSIONS POISON THE WELL
Talks between the US and China ended without a resolution last week. Trade tensions escalated further, as the US administration raised tariffs to 25% on USD 200bn worth of Chinese exports to the US. Following the move, China has vowed retaliation. The anxious reaction by the broad market reflects the fact investors have started to re-assess whether a deal between the two countries is possible in the near term. Although global investor sentiment turned sour, it appears that for the time being, the market is likely to ignore macroeconomic fundamentals and will probably focus on headlines related to the trade discussion between the two countries. Protracted trade tensions will continue to weigh on global market sentiment until the two parties clearly signal a step forward towards a consensus.

ASIA
HSCEI 10,931 -5.61%, Nikkei 21, 191.28 -2.44%, 10yr JGB- 0.05% 0bps, USDJPY 109.690 -1.39%
Asian stock markets had a challenging week as the renewal of trade tensions between the US and China weighed on market sentiment. The broad MSCI Asia Pacific ex. Japan index lost 4.9% of its value during the week (in USD). Chinese “A” and “H” shares underperformed their regional peers, as the respective indices declined by 5.6% and 5.7% (in USD). In contrast, the Thai stock market weathered the challenging environment quite well, as the country’s benchmark index decreased by 0.7% in USD, outperforming its Asian peers.
Chinese CPI inflation was 2.5% YoY in April, a six-month high. Food prices rose 6.1% YoY in April, due to a sharp increase in pork prices. The increase in pork prices comes as the country struggles with the widespread outbreak of African swine fever. New foreign trade data for April showed exports contracting by 2.7% YoY and imports increasing by 4% YoY. Weak export data reflected the decline in smart devices and automobiles, which fell 19% YTD and 1.2% YTD, respectively. Import growth was driven by 16% YoY crude oil imports.
Indonesia’s 1Q19 GDP growth of 5.1% was lower than expected, with GDP shrinking 0.5% QoQ SA. Lower government spending and a decline in exports weighed on growth. The central bank signalled its continued presence in the currency market to ensure stability.
The Philippine central bank cut the policy interest rate by 25bps to 4.5%, for the first time since October 2012. Meanwhile, 1Q19 real GDP growth was 5.6% YoY, lower than expected. The slowdown was mainly due to the delays in passing the budget and in turn postponing the implementation of new public projects. In addition, CPI inflation came was 3% YoY in April, slowing from 3.3% in March, which also allowed for the rate cut by the monetary authority.

LATIN AMERICA
MSCI Lat Am 2,656 -2.89%
Worsening global market sentiment weighed on the performance of Latin American stock markets.  Consequently, the Peruvian (-3.1% in USD), Brazilian (-2.8% in USD) and Chilean (-2.7% in USD) indices declined to the largest extent during the week.
Industrial production in Mexico remained weak throughout 1Q19, as industrial activity contracted by 1% YoY in February and stagnated in March. The poor performance was mainly due to mining activity (i.e. a fall in oil output), which kept sharply contracting.
Central banks in Latin America kept their respective policy rates stable. The Brazilian central bank held the policy rate at 6.5%, acknowledging the changes in the inflation outlook and the weaker-than-expected economic activity. The Chilean central bank left the policy rate at 3% signalling that the MPC is likely to keep the policy rate stable for a prolonged period in the context of low and stable core inflation. The monetary authority in Peru kept the reference rate at 2.75% citing that inflation expectations remain anchored and output growth is yet reach its potential.

AFRICA
MSCI Africa 822 -3.28%
African stock markets were not immune to the adverse shift in global market sentiment. The Egyptian stock index lost 5.2% of its value in USD, followed by the South African benchmark (-3.4% in USD). In contrast, the Moroccan market held its own, as the country’s stock index gained 1% in USD during the week.
The ruling African National Congress party retained its majority in the South African national election with 57.5% of the votes, albeit a weakened majority, from 62.2% in 2014. Voter turnout came in at 65.99%, the lowest in South Africa’s democratic history.
The market will now turn its attention to President Cyril Ramaphosa’s cabinet reshuffle which should give an indication of the President’s power within the divided ruling party and the party’s willingness to back his reform agenda.
Manufacturing production in South Africa rose 1.2% YoY in March, after several months of subpar performance. The improvement in annual growth was mainly due to the fact that the sharp decline in mining production moderated. Manufacturing PMI rose to 50.3 in April, from 48.8 in March. The headline PMI index has returned above the 50-point threshold indicating that industrial activity may (further) strengthen in the coming months.
Egypt’s annual CPI inflation eased to 13% in April from 14.2% in March. Egypt has been carrying out an IMF-backed economic reform programme since 2016 which saw inflation rise to a high of 33% the following year. Annual core inflation fell to 8.1% YoY in April after hitting 8.9% in the previous month.
Inflationary pressures are expected to increase in the coming months as the government seeks to phase out more subsidies under the IMF-backed economic reform programme, including a 30-40% energy price hikes anticipated in June. Should the underlying trend of disinflation continue in a sustainable manner, the central bank could find room to further reduce the policy rate.
This week’s global market outlook is powered by Alquity www.alquity.com