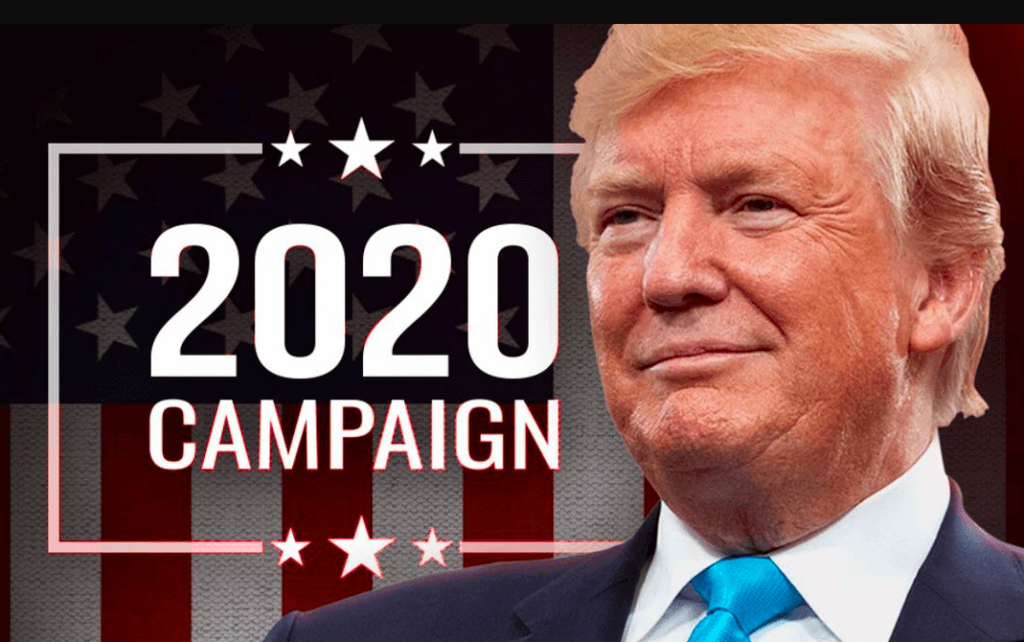 As China was on holiday for most of the week, investors were busy with the news flow coming out of the US. President Trump left the hospital, where he was treated after testing positive for Covid-19 and returned to the White House. The President was cleared by his doctor, claiming Mr. Trump was no longer a coronavirus transmission risk to others and could end self-isolation. The White House did not disclose a negative covid test. The President made it clear that he wants to return to the campaign trail as soon as possible – in an attempt – to close the popularity gap between him and Mr. Biden. According to the New York Times’ report, Joe Biden’s lead was as high as 12 points (11th October). Fox News’ own poll suggests that the President is 10 points behind the former Vice President (survey conducted 3-6thOctober).

This week, markets will be intrigued to see if Nancy Pelosi and Steven Mnuchin make any progress on finding the common ground to pass a new economic relief bill. The IMF’s annual meetings will be another key theme, which could influence investors’ appetite for risk assets globally. 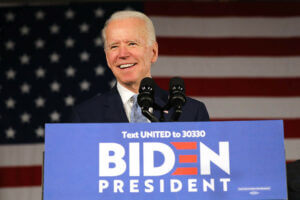 Despite concerns about President Trump’s health and the lack of meaningful progress on a new economic relief bill, stock markets in the US roared ahead finding comfort in Mr. Biden’s widening lead in national polls over Mr. Trump. As a result, major indices surged, for example the S&P 500 gained 3.8%, the Nasdaq Composite rose 4.6% and the small cap-biased Russell 2000 increased 6.4% by the end of Friday. Meanwhile, the Treasury curve steepened during the week, as the 2-year yield rose 2bp to 0.15% and the 10-year yield increased 7bp to 0.77%. 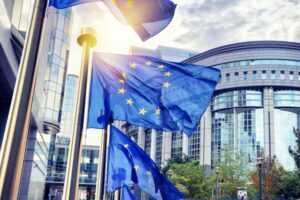 The improvement in investor sentiment in the US helped stock markets in Europe during the week.  As a result, most major indices rose, e.g. the Spanish Ibex 35 (+3.8% in USD), German DAX (+3.8% in USD), the Italian benchmark (+3.7% in USD), the French CAC 40 (+3.5% in USD) as well as the UK’s FTSE 100 (+2.6% in USD). German government bond yields remained stable, whilst risk premia on the periphery compressed (e.g. the Italian 10-year yield declined 6bp to 0.72%). Stock indices in Emerging Europe delivered positive returns as well, for example the Polish WIG index rose 2% in USD.

Credit rating agency S&P reaffirmed Poland’s credit rating at A- with stable outlook. S&P expects Polish GDP to contract 3.4% in 2020, improving their previous forecast of -4%. According to the agency, Poland will be one of the main beneficiaries of the EU Recovery Fund, which will contribute to economic growth already in 2021, when GDP can rise by 4.5%. In a separate event, the central bank kept the key interest rate stable at 0.10%. The Monetary Policy Council pointed out the unfolding V-shaped recovery in the Polish economy and argued that to ensure the continuation of the V-shaped trajectory, the maintenance of low interest rates and asset purchases is needed. 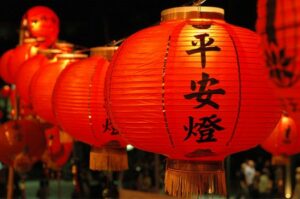 Investor sentiment was generally positive in Asian stock markets during the week (note: the Chinese stock market was closed and reopened on Friday). The Indian Nifty 50 index (+4.7% in USD) delivered one of the strongest returns in the region until the end of Friday, followed by the South Korean (+4.1% in USD) and Indonesian benchmarks (+4% in USD).

In China, the Caixin services PMI rose to 54.8 in September – encapsulating the robust broad-based growth in services-related sectors. According to the report, the sub-index capturing employment remained in the expansionary territory.

Following the announcement of labour and agricultural reforms in the previous weeks, the Indian government plans to introduce reforms targeting the country’s higher education system. According to the Education Minister, the new legislation would allow overseas universities (such as Yale and Oxford) into the country. Almost 750,000 Indian students spend about USD 15bn each year pursuing degrees overseas. In a separate event, the central bank of India (RBI) kept its benchmark interest rate unchanged at 4%. The RBI also kept its policy stance ‘accommodative,’ implying it could ease again in the near future, when inflation closes much of the gap to the target of 4%. Although the RBI did not lower the key rate, it loosened certain regulatory measures and further boosted liquidity to enhance credit flow to the real economy, which will contribute to stronger growth in the coming quarters. According to Bloomberg Economics, the economic growth outlook of India has improved and as a result they upgraded their real GDP forecast to -7.2% in FY2021 (from -10.6%). Bloomberg Economics argued that the economic recovery gained greater traction in July and August than previously expected, which is significantly supported by the strong upswing in rural activity.

The Parliament in Indonesia passed the government’s labour market and investment reform, the so-called ‘omnibus’ bill. The reform amends 79 existing labour, land, licensing and taxation laws. The bill lowers the maximum severance pay owed by employers to employees (from 32 to 19 months of salary) and streamlines the employee termination process, whilst liberalising the hiring of temporary workers and abolishing sectoral minimum wages (allowing only provincial and municipal minimum wages). The reform will create a more conducive environment for businesses in Indonesia and thus will contribute to the improvement of the economy’s medium-term growth potential.

The King in Thailand inaugurated a new finance minister, Mr. Arkhom Termpittayapaisith, a former transport minister (between 2015 and 2019) and also served as head of the economic planning commission and member of the military-appointed National Legislative Assembly after the 2014 military coup.

President Duterte in the Philippines called a special session in Congress from 13th to 16th October, to avoid any delays in passage of the budget for 2021. Approving the budget in a timely manner would help the economic recovery.

The US Trade Representative (USTR) launched an investigation into Vietnam’s currency valuation. If the USTR finds Vietnam guilty of currency manipulation, Vietnam might be sanctioned, for example by imposing tariffs on products exported to the US. The investigation process can take several months, which implies that the winner of the US presidential elections can have the final word on the outcome. 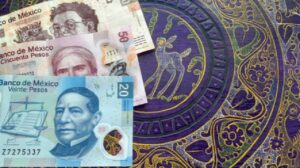 The improvement in investor sentiment in the US contributed to stronger returns in the Latin American region. During the week, the Mexican (+7.2% in USD) and Brazilian (+6.1% in USD) benchmarks were among the best performers in comparison with their regional peers.

The IMF concluded its visit to Mexico and recommended the delivery of an additional fiscal stimulus in the amount of 2.5-3% of GDP. The AMLO-led left-leaning government (which is considered populist by many) refused to consider the idea of ramping up fiscal expenditures and stuck to the idea of executing an austere budget in 2021. Unlike in Mexico, the IMF saw no space in the Brazilian budget for further fiscal outlays to support the economy. The staff underlined the importance of the spending cap. The IMF expects Brazilian GDP to decline 5.8% in 2020 and 2.8% in 2021. According to the IMF, an economic recovery would not unfold before 2022.

Consumer price inflation in Brazil rose to 3.1% YoY in September, from 2.4% YoY in August. Despite the bounce in inflation, the gauge remains below the central bank’s 4% target for the year. The acceleration in the headline metric was almost entirely due to rapidly rising food prices. Meanwhile in Mexico, CPI inflation was stable at 4% YoY in September.

The central bank of Peru kept its benchmark rate at 0.25%. The Monetary Policy Council’s key message remained unchanged, as it reiterated its commitment to maintaining an expansive monetary stance for a prolonged period of time, and it stands ready to increase the degree of stimulus, should macroeconomic conditions warrant it. 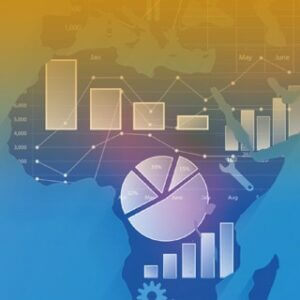 The Egyptian Hermes index rose 2.7% in USD by the end of Friday, outperforming most of its peers in Africa. The South African Top 40 index rose 2.1% in USD, greatly benefitting from a more positive global investor sentiment. The Moroccan country index gained 2% in USD during the week.

South Africa’s Finance Minister said that the government’s new medium-term budget will not be popular (due on the 21st October). The Finance Minister likened the fiscal deficit to a hippopotamus’ mouth, which needs to be closed to avoid a fiscal crisis, similar to Argentina’s. According to Mr. Mboweni, the budget policy statement will map out the country’s expenditure plans for the next three years, entailing the re-structuring of financially strained state-owned enterprises (such as South African Airways). Later, President Ramaphosa announced that he would present the Economic Reconstruction and Recovery Plan on the 15th October.

Credit rating agency S&P re-affirmed Morocco’s rating at BBB-(lowest investment grade notch), but adjusted the outlook from stable to negative. Similarly to S&P, Fitch also assigns a BBB- rating to the country’s long-term debt (with a negative outlook), whilst Moody’s maintains a Ba1 rating (non-investment grade) with a stable outlook.