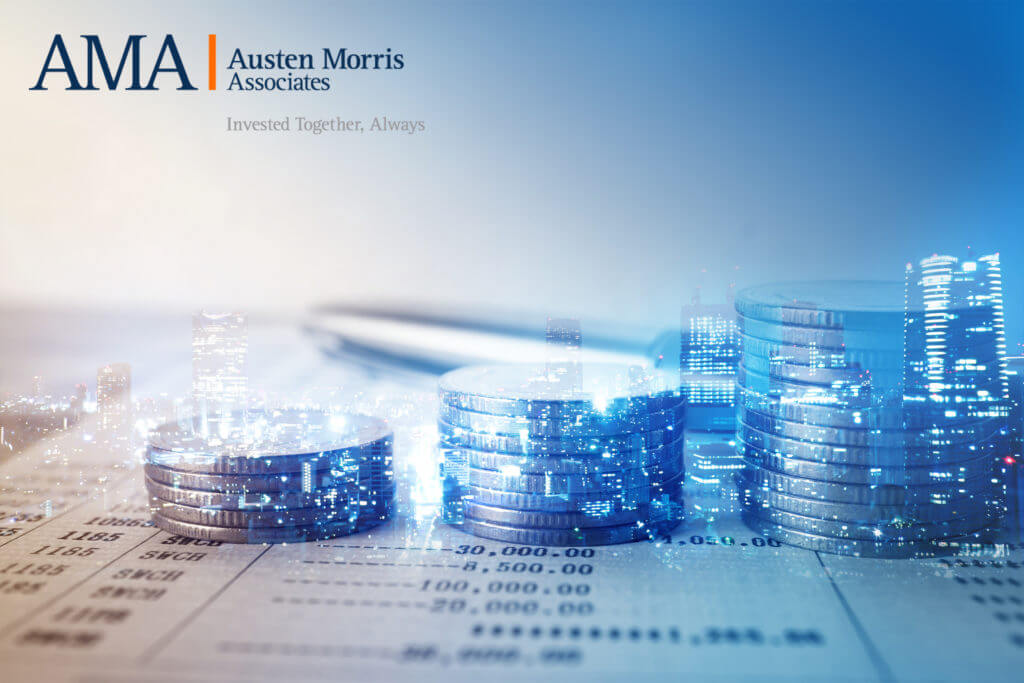 The moment markets have been fearing…

Global equity markets were already quite anxious going into 2022. A rapidly spreading Omicron COVID-19 variant and decades-high inflation figures were giving investors sleepless nights. To tame inflation, most central banks around the world were signalling the end of monetary policy easing cycles, meaning that ultra-low interest rates were now set to rise. To add to the angst, news began to emerge that Russia was amassing troops along the Ukraine border. Threats of severe sanctions by the US, UK and the EU (among others) soon followed.

For almost a decade, tensions have been simmering between Russia and Ukraine. When the pro-Russian Ukrainian President Viktor Yanukovych was ousted in 2014, a deep and genuine political crisis was created. Shortly afterwards, Russia invaded and annexed the Crimean Peninsula from Ukraine in February to March 2014.

Then, this morning, Russian President Vladimir Putin announced a ‘military operation’ in Ukraine.

How have markets reacted?

What has the geopolitical response been?

US President Joe Biden said: “The prayers of the entire world are with the people of Ukraine tonight as they suffer an unprovoked and unjustified attack by Russian military forces. President Putin has chosen a premeditated war that will bring a catastrophic loss of life and human suffering.”

UK Prime Minister Boris Johnson didn’t mince his words: “I am appalled by the horrific events in Ukraine, and I have spoken to President Zelenskyy to discuss next steps. President Putin has chosen a path of bloodshed and destruction by launching this unprovoked attack on Ukraine. The UK and our allies will respond decisively.”

NATO Secretary General Jens Stoltenberg commented: “This is a grave breach of international law, and a serious threat to Euro-Atlantic security. I call on Russia to cease its military action immediately and respect Ukraine’s sovereignty and territorial integrity. NATO Allies will meet to address the consequences of Russia’s aggressive actions. We stand with the people of Ukraine at this terrible time. NATO will do all it takes to protect and defend all Allies.”

Russia must have anticipated such a response. For weeks now, there has been much ‘sabre-rattling’ between Putin and many world leaders. There was a clear consensus that any action taken by Putin to invade a sovereign state would be met with severe castigation. Regardless, and despite the threat of enhanced sanctions, he proceeded to ostensibly bring war back to Europe.

How do we respond to this?

In a recent article entitled ‘What does the Ukraine crisis mean for investors’, Brewin Dolphins’ Chief Strategist Guy Forster writes:

“Stock markets don’t just react to news; they try to anticipate it, and are often juggling multiple possible considerations. This can lead to a rather curious phenomenon in which stock markets perform well at seemingly the most inappropriate times. Global stocks lurched higher during the combat phase of both the first and second Gulf Wars. UK stocks performed well during the Falklands War. During the 13 days of the Cuban Missile Crisis, when the world came closest to the widespread deployment of weapons of mass destruction, stocks hardly moved”

Indeed, this does seem counter intuitive. A quote that is often attributed to Nathan Rothschild captures this perplexing proposition: “Buy on the sounds of gunfire”. Basically, it suggests that the onset of hostilities creates a great deal of uncertainty, roiling markets, and creating opportunities for the level-headed investor.

Below is a graph from global research giant Morningstar depicting market downturns, recessions, and subsequent recoveries: 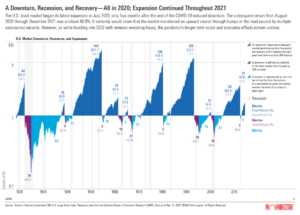 In times of heightened anxiety, investors worldwide tend to panic, and they quickly forsake the bedrock principles of sound investing. Ignoring emotion is difficult at the best of times, but it’s near impossible during periods like these. However, panic has never been, nor will it ever be, an investment strategy.

At Austen Morris Associates, we subscribe to the adage: ‘Time in the market’ is more important that trying to ‘time the market’. Trying to accurately time markets is often a fool’s errand, and almost always leads to disorientation and loss crystallisation. Instead, we construct robust portfolios using best-of-breed global fund managers who are skilled at navigating times of uncertainty in their respective asset classes. These managers primarily focus on the fundamentals, and if these have changed. Or, as is often the case, are market movements being driven purely by sentiment? Short term noise and volatility are unsettling and uncomfortable. But we don’t overly concern ourselves with such. We focus on the fundamentals and plan for the long term.

Our Investment Committee continues to engage with our global investment and research partners to closely monitor the situation.

For any questions, please contact our team at Austen Morris Associates.

The Metaverse is the Next Big Thing – But What Is It Exactly?