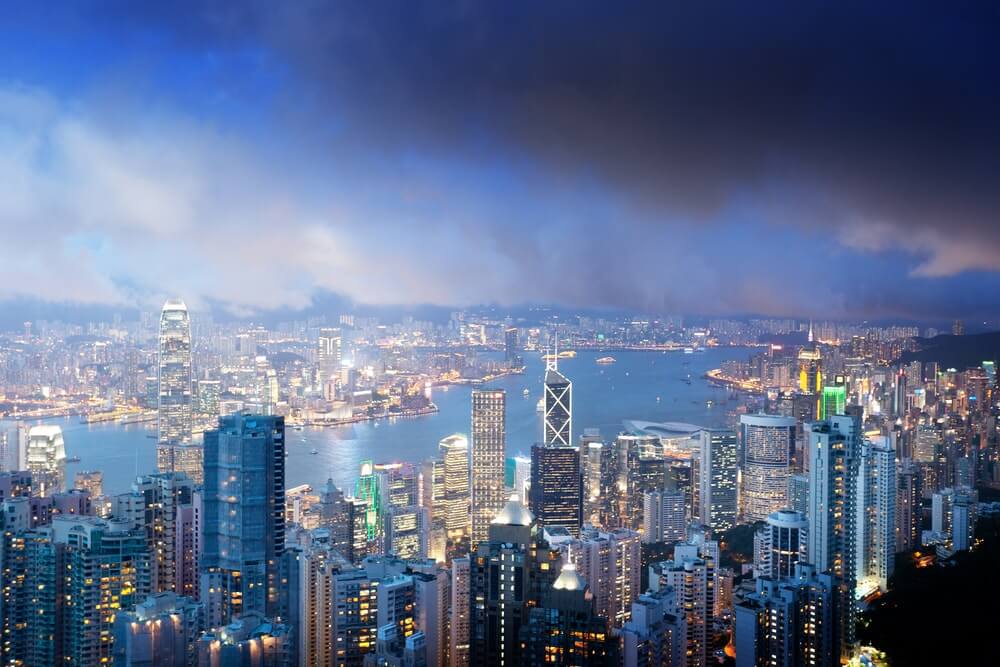 Asia Pacific:
The MSCI Pacific Index fell 2.2% in the week ended 16 September, pulled lower by losses in all major markets but particularly in Hong Kong and Japan. In Hong Kong, the Hang Seng fell 3.2%—its worst week in three months—amid nervousness that US interest rates may rise earlier than previously expected ahead of the upcoming Federal Reserve meeting in the US.
Japan’s TOPIX fell 2.4%, pushed lower by weakness in the banks sector amid speculation that the Bank of Japan would cut bank deposit rates further into negative territory at its upcoming policy meeting. Negative interest rates are damaging banks’ profitability, but the Japanese central bank is seeking ways to further ease policy as it battles to push inflation towards its target.Elsewhere, Singapore’s Straits Times fell 1.6%, while Australia’s All Ordinaries was down 0.8%.

United States:
Wall Street stocks outperformed in a largely negative week on global markets. The Dow Jones gained 0.2% and the broad S&P 500 was up 0.5%. The technology-heavy Nasdaq surged 2.3%, driven by strong performance for Apple and for iPhone component makers after the launch of the iPhone 7.  Investors had anticipated a muted response to the new iPhone 7, which tweaks rather than revolutionises the handset’s design. However, last week several carriers reported healthy demand for the new model, while wireless carriers announced aggressive promotions and signs emerged of strong uptake for the more expensive “Plus” model.
Drugmakers also had a strong week as better performance by Donald Trump in opinion polls eased worries over tighter pricing regulation under a Clinton presidency.  After several weeks of outperformance, banking stocks underperformed, hit by a fake account scandal at Wells Fargo, renewed regulatory concerns and the ongoing low-rate environment. US prosecutors opened an investigation into Wells Fargo after regulators found that staff under pressure to meet sales targets had opened as many as 1.5 million accounts and over 500,000 credit cards for customers without their consent.
Energy stocks also lagged as oil prices fell, with Brent crude ending the week 4.7% lower at USD 46 a barrel. Hopes of a production freeze faded, while it was reported that Libya had opened ports for oil exports, Nigeria had ramped up production and Iran’s exports hit a post-sanctions high last month.  Economic news was mixed. Inflation data was a little stronger than expected, increasing expectations that the Federal Reserve may raise interest rates when it meets this week. Core inflation—which excludes volatile food and energy prices—rose 0.3% in August from the previous month, to a 2.3% annual rate.  However, the rest of the week’s releases were lacklustre, with retail sales and industrial production both falling in August, while new claims for unemployment benefits edged higher in the week to 10 September.
Investors are therefore likely to remain cautious ahead of the Federal Open Market Committee meeting on Wednesday 21 September, with the futures market reflecting around a 55% likelihood of a rate rise.

Europe:
Renewed worries over Europe’s banks helped send the MSCI Europe Index down 2.0% in the week ended 16 September. Eurozone markets were worst hit, particularly Italy, where concerns over the banking sector contributed to a 5.6% fall for the FTSE MIB.
Spain’s IBEX 35 dropped 4.3%, the French CAC 40 was down 3.5% and Germany’s DAX lost 2.8%. Outside the eurozone, Sweden’s OMX fell 1.5%, the Swiss SPI was 1.4% lower and the UK’s FTSE 100 was down 1.0% Italy’s banks remain in focus due to concerns over bad debts, with the country’s third-largest lender, Monte dei Paschi di Siena (MPS), looking to raise EUR 5 billion and offload EUR 27.7 billion in bad loans in order to stay afloat.
Government support to bail out MPS risks breaking European Union rules, while the decision of Italian prime minister Matteo Renzi to hold a referendum on constitutional changes has introduced new uncertainty, as a vote against the changes could bring down the government. The banking sector was also shaken by a sharp fall in the share price of Deutsche Bank, which was hit by worries over its capital strength after the US Department of Justice demanded that the German lender pay a USD 14 billion penalty for mis-selling mortgage securities.  Economic data was generally weaker than expected, with eurozone industrial production falling 1.1% month on month in July and inflation expectations cut further.  Some investors had been disappointed by the lack of action from the European Central Bank (ECB) in its meeting earlier in the month and concerns are rising that the limits of monetary policy are being reached.
With this in mind, investors are starting to pay attention to the upcoming decision by rating agency DBRS on Portugal’s credit rating. DBRS is the last major rating agency to rate Portugal investment grade, so any downgrade could make the country ineligible for the ECB’s Asset Purchase Programme.

Global Emerging Markets:
The MSCI Emerging Markets Index was down 1.9% in the week to 16 September, underperforming the MSCI World, which slipped 0.5%.  The MSCI China fell 2.2% as better-than-expected economic data sparked concerns that the central bank will hold off from providing further policy stimulus. Industrial production rebounded in August, growing 0.6% month on month (m/m)—the fastest pace in five months. Retail sales rose 1.2% m/m, led by auto sales and housing-related spending.
Elsewhere in emerging Asia, South Korea’s Kospi ended the week 1.9% lower, led by large losses for Samsung following news that its Galaxy Note 7 smartphone had been recalled. Taiwan’s Taiex dropped 2.9% as sentiment towards banks was hit following reports that the financial regulator had punished seven banks for malpractice.  In Latin America, Mexico’s IPC slipped 1.2%. The Mexican peso plunged to a record low amid concerns over the outcome of the US presidential election, following news that Hillary’s Clinton’s pneumonia had forced her to take a break from the campaign.  Brazil’s Bovespa fell 1.6% despite data confirming a bounce in the country’s services sector in July, helped by a surge in tourism activity.  In emerging Europe, Russia’s RTS was down 2.7% despite news that industrial production grew 0.5% m/m in August. Poland’s WIG slipped 0.3%, while Hungary’s BUX was down 1.2%
Bonds & Currencies:
The 10-year US Treasury yield rose 2 basis points (bps) on the week to 1.69%, while the 10-year German Bund yield remained in the positive territory, ending the week at 0.01%.