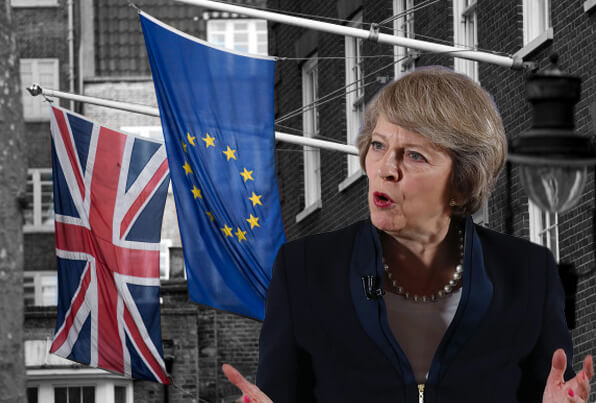 After a thankfully shortened leadership race, Theresa May is now the new Prime Minister. We’ve had the controversial Brexit vote, and a brief power vacuum, but now the United Kingdom will again have some leadership. The politics of the situation will be well covered elsewhere, what we are really interested in is the possible effects on the FTSE All Share index for investors.
Financial Experience.
Theresa May has an excellent financial pedigree. After studying geography at the University of Oxford, her first job was at the Bank of England. She then went to the Association for Payment Clearing Services (APACS), as Head of European Affairs finishing as Senior International Adviser. She should have a good understanding of financial markets and how they work.
Brexit.
The first point is that although Mrs May was firmly in the “Remain” camp, she has recently said “Brexit means Brexit and we’re going to make a success of it.” So UK businesses can’t expect that the Brexit vote will be ignored. Article 50 is likely to implemented in 2017, if she is able to delay it that long, and the UK will leave the EU sometime after that. It’s too early to say what the long term effects will be on the All Share, but it’s already 8% ahead of where it finished on the day the leave vote was announced.
Bank of England Policy Meeting.
Coincidentally, Thursday 14 July 2016 is when the Bank of England, her former employer, will meet to discuss any policy changes, especially a possible interest rate cut to 0.25% or even zero. The Bank Governor, Mark Carney, has said that he is very concerned about financial stability, post Brexit vote, and the Bank are likely to be dovish. This is usually good news for financial markets. If the Bank do announce an interest rate cut, or other stimulus measures, the All Share is likely to move up. Lower interest rates will also keep the pound weak, helping many of the key companies in the FTSE All Share, who do most of their business in export markets, their profits will be improved as a result. Mrs May might be pleased and somewhat fortunate to get some good news early in her new job.
Property Fund Redemptions.
At the same meeting the Bank of England will also discuss property fund redemptions. Several funds have halted redemptions since the Brexit vote, attempting to preserve liquidity. The Financial Conduct Authority (FCA) are also very concerned about this issue and the new PM is  likely to have her own opinions. The general fear is that forced sales of commercial property to satisfy fund withdrawals could act as a catalyst for a dramatic fall in market prices, not good for financial stability. Property and insurance companies will certainly be affected by any new regulations in this area and we have seen some interesting opportunities emerging. Policy is likely to support this sector, so further large falls are probably unlikely.
Strong Leadership Needed.
However, possibly most important to the FTSE All Share, is that the United Kingdom now has a strong leader who is not afraid to make tough decisions. Whilst Home Secretary she showed that ability time and time again, dealing with high-profile deportations and even taking on the UK Police Federation. Theresa May is starting as the new Prime Minister during a period of great uncertainty for the United Kingdom, never good for financial markets. However her financial knowledge and experience, together with her tough, uncompromising attitude, plus a dovish Bank of England could well be a powerful combination. Her European experience will also support her trade negotiations with the EU, which should also be positive for UK businesses.
Another Thatcher?
At this point we would do well to remember that the last lady Prime Minister of the UK was Margaret Thatcher, another very strong-minded woman. During her 11 years as Prime Minister the FTSE All Share went up five fold! Ironically she lost the Conservative Party leadership partly due to her anti-European stance, the very same issue that has now brought the pro-Europe Theresa May to power.
Conclusion.
The Brexit vote was to leave, from the ensuing turmoil of resignations, the pound’s devaluation and general market volatility, it looks like a strong leader has emerged. After adding in a dovish Bank of England we can see some very good opportunities in UK markets.