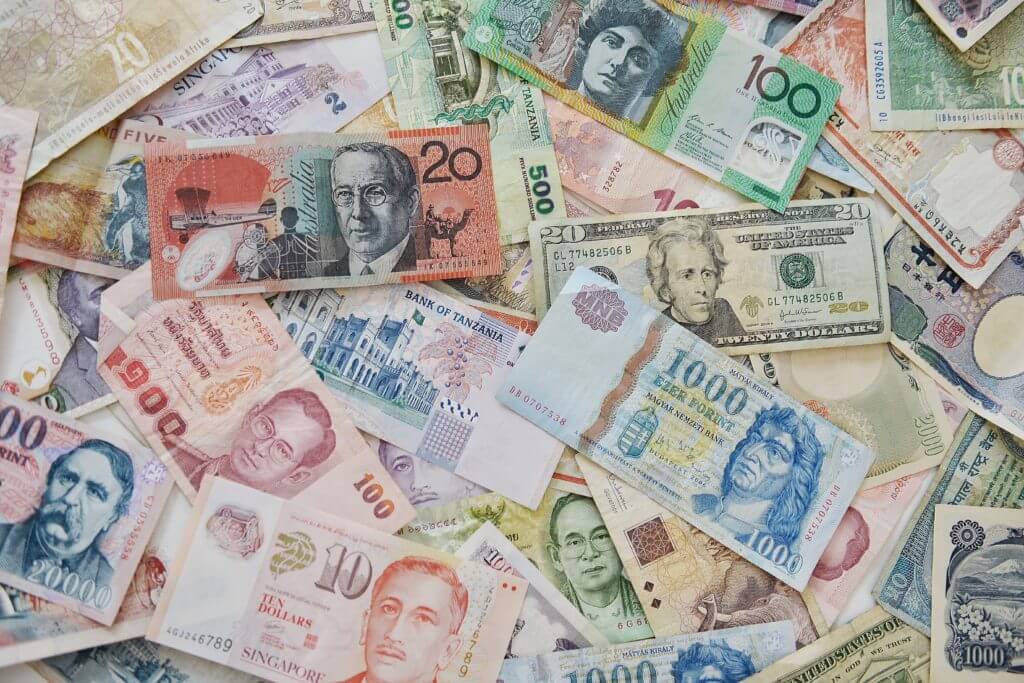 For centuries, our perception of money was exclusively limited to physical currency – the cash and coins used to facilitate exchange and allow goods and services to be given and received in return for payment.

However, various financial systems have existed throughout history. Historically, currency typically depended on the value of the material it was made from. Until the 20th century, it was either a commodity in itself, such as a precious metal or was backed by such a commodity.

In the 1700s, physical currency in Europe was tied to the value of gold, only to become a fiat currency in the 1970s – a.k.a. it stopped being backed by gold or any other commodity.

Today is no different; there are numerous currencies in existence, many of which we’re familiar with yet perhaps don’t realise their status as currency – such as store loyalty points and air miles. These are called ‘cooperative’ or ‘complementary’ currencies, which operate alongside the central financial infrastructure.

In some communities, local currencies have even been created to operate in a specific area, allowing residents to obtain goods and services in exchange for this local currency. Likewise, business transactions have been made using specialised business currencies, such as the Swiss WIR system.

However, the advancement in technology and digitisation aspect of society, including the financial system alternative currency systems such as cryptocurrencies, have skyrocketed in poignancy due to the interconnectivity of the internet and the opportunities provided by technological advancements.

So, what is money?

The economist Bernard Lietaer defines money as “an agreement to use something standardised as a medium of exchange” within a community”.

The currency we use on a day-to-day basis can only perform as a medium of exchange because our human community has agreed as such – that’s what stops physical currency from being simply paper or metal, as it would revert to being in – for example – an apocalypse scenario.

No matter how much physical currency you had in possession, it would lose its value, as it is a human construct designed to work in our society as is. If our societal, economic and financial systems vanished, $1 million wouldn’t be worth as much as a can of beans (unless you needed to start a fire).

A further explanation of the concept of money can be derived from Schumpeter – Austrian finance minister and political economist – who described money as a ‘claim ticket’ to goods or commodities, rather than being a commodity itself.

When we look at money in this way, our limited views of what money is – and can be – expands.

How digital advances are redesigning the concept of money.

Since the dawn of the internet – and more recently still, the development of mobile and app payment technologies such as mobile banking and apps such as ApplePay – our narrow view of what money is has widened.

An event that mainly shattered society’s illusion about the stability of the current financial infrastructure was the 2008/09 financial crisis. It’s no coincidence that, following this crisis, Bitcoin was established.

Unlike physical currency distributed by banks, Bitcoin and other cryptocurrencies are decentralised currencies that facilitate transactions online using blockchain technology. Transactions are recorded via the adding of ‘blocks’ to a distributed ledger.

These blocks are validated by various nodes in the ledger system, recording the history of transactions across the entire system so they cannot be changed once the transaction has been recorded.

Bitcoin and similar cryptocurrencies, such as Ether, have faced criticism for not being actual ‘money’ and is considered by many to be a speculative investment destined to crash in value since it is a form of ‘fiat’ money, not backed by any particular commodity, though so is the physical currency we use day-to-day.

Despite this, in September 2021, it was adopted by El Salvador as legal tender.

This means it can be used to legally settle debts and can be used to acquire goods and services – one of the key roles of what we consider traditional ‘money’. It was also briefly accepted by Tesla before the decision was revoked due to blockchain technology’s massive carbon footprint.

Considering that the defining feature of ‘money’ is that a community agrees to be a means of exchange, El Salvador’s legislation must define Bitcoin as a form of money, at least in that country.

Indeed, due to the quickly developing financial technologies, even mainstream banks are looking at creating their own digital money, known as central bank digital currencies (CBDCs).

El Salvador’s validation of Bitcoin as currency by making it legal tender paves the way for new competing currencies – such as but not limited to cryptocurrencies – to enter the market and establish themselves as ‘money’.

In the future, we may well see multiple competing currencies operating at once within mainstream society, or – as social theorist Friedrich Hayek proposed – a new currency may outcompete the one we have in place if it suits the needs of society better.

The deciding factor determining whether we will see this future with different – or multiple – manifestations of ‘money’ is whether these currencies will achieve great enough acceptance by society so that economic policies can be established to standardise them as mediums of exchange.