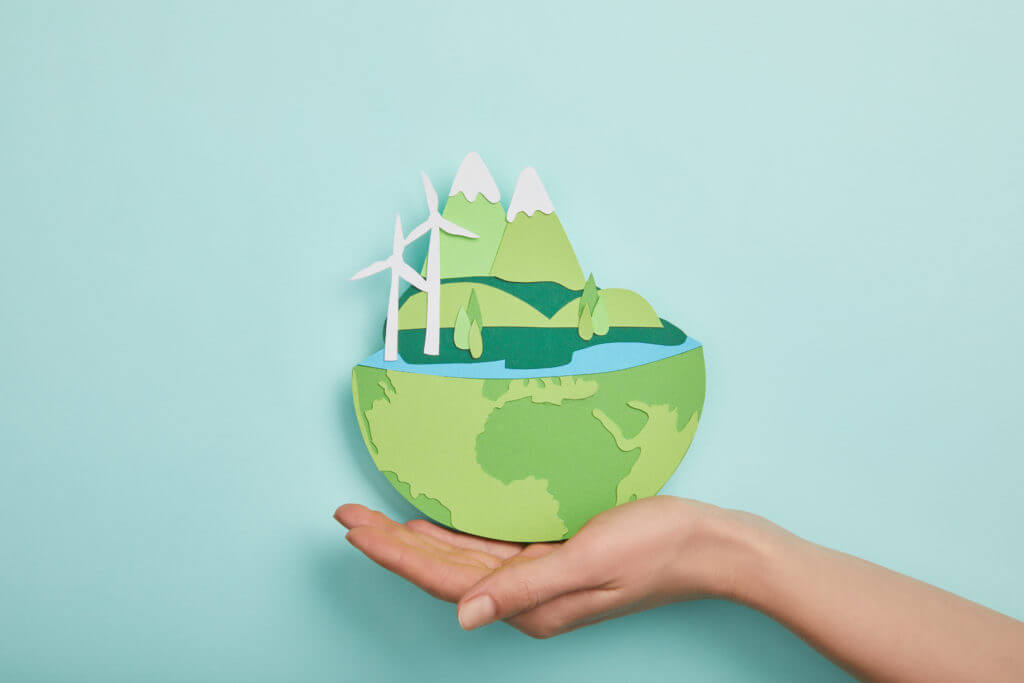 In the last decade or two, the popularity of renewable energy has skyrocketed – particularly since the COP26 conference in 2021 and the collective commitment of countries worldwide to reduce carbon emissions. People seek more renewable energy to power their homes and motivate their investment choices.

Indeed, over the last couple of decades, many have taken Environmental, Social and Governance (ESG) factors into account more and more when making investment decisions, as they try to make the most responsible and ethical decisions with their money.

So, what is renewable energy?

In short, renewable energy is a type of energy that can’t be ‘used up’ in contrast to fossil fuels and oil, which are finite resources destined to run out.

Most of the time, renewable energy sources are better for the environment as they don’t – with the exception of biomass energy – rely on burning, using the resulting heat energy to produce electricity.

Some of the most popular types of renewable energy include:

What are the benefits of renewable energy?

There are countless benefits to renewable energies, ranging from being better for the planet to positively impacting society.

Here are the top six.

Climate change poses a greater threat than ever to our – and countless communities’ and animal and plant species – survival.

Climate change is caused by a phenomenon whereby greenhouse gases in the Earth’s atmosphere – principally, carbon dioxide – trap heat from the sun, contributing to global warming.

Burning fossil fuels releases gases such as these, causing them to build up in the atmosphere and escalating this warming effect.

On the other hand, renewable energy sources – like wind and solar power – don’t release any CO2 to produce electricity, providing a significantly more climate-friendly option than burning fossil fuels.

On the other hand, clean, renewable energy sources don’t release any of these harmful compounds when captured and converted into electricity.

Reducing water use for production.

Though we tend to think of water as an inexhaustible resource, it’s not; overusing water has many adverse effects.

For one, using lots of water removes it from ecosystems that need it, throwing the habitats of plants and animals into disarray.

Secondly, overusing water means less for the communities who need it most – for drinking and irrigation so they can grow crops.

Third, a large amount of energy is used to treat water – often, this energy is produced via burning fossil fuels.

Inherently, renewable energies are safer for the labourers involved.

According to the online statistics platform Statista, the energy industry with the highest fatality rate in 2018 was coal – mainly due to the danger of coal mining – with oil and glass following closely behind.

In comparison, renewable energy industries such as solar and wind power recorded around 10 to 20 times fewer deaths that year.

Compared to getting energy from burning fossil fuels, the process used to capture renewable energy sources is much more reliant on people’s labour, providing significantly more jobs than the non-renewable energy industry.

Likewise, lower costs are associated with producing electricity from renewable energy sources. As more technology is harnessed to capture this energy, electricity prices will likely be lower for everyone.

Renewable energy – as per its name – is abundantly available, meaning it can’t be depleted or ‘run out’ unlike non-renewable fuels such as coal, oil, and gas, which are finite.

Making renewable energy a resource that we can rely on indefinitely, and making it a desirable investment option, as the value of renewable energy isn’t dependent on its relative availability, unlike fossil fuels.