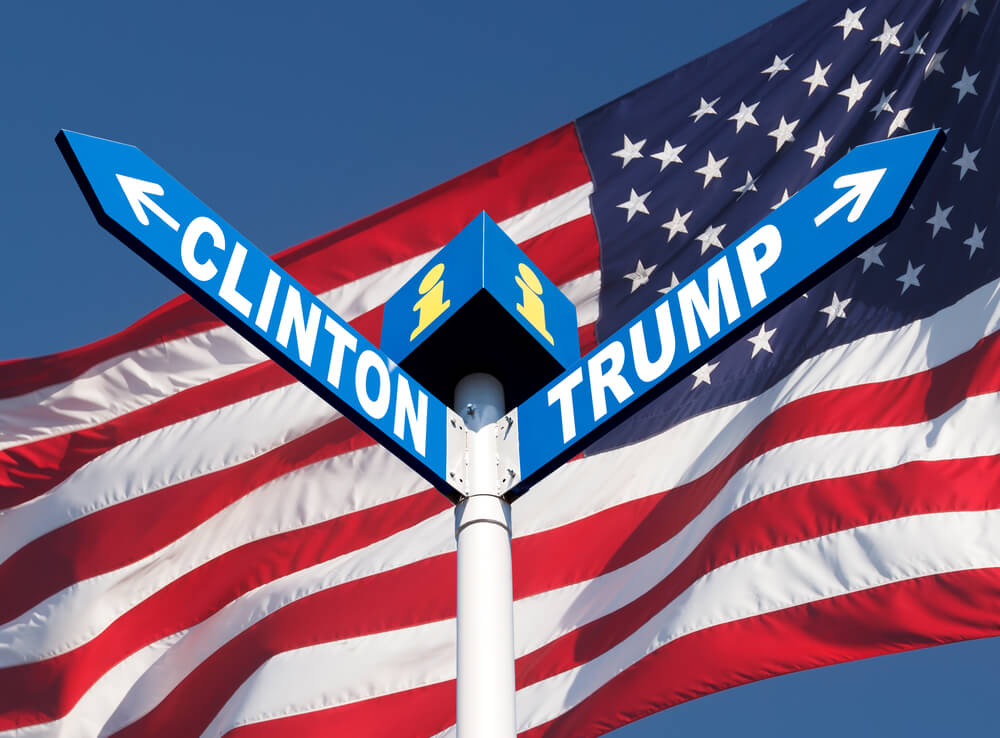 United States:
S&P 2,154 -0.67%, 10yr Treasury 1.71% +12.37bps, HY Credit Index 401 +3bps, Vix 13.48 +0.19Vol
US equities again correlated positively with bonds – high dividend yielding sectors in particular under-performing. In terms of data, both the ISM manufacturing (back into expansionary territory) and ISM non-manufacturing (highest level in a year) came in better than expected, albeit most attention was focused on September’s jobs numbers.
The headline payrolls number missed expectations (156k vs. 178k YTD average for 2016 and 229k average for 2015) and the unemployment rate rose back to 5% for the first time since April. However, more positively, average hourly earnings grew at a strong 2.6% YOY.   The jobs report was pretty much a “nothing done”

Europe:
Eurostoxx 3,006 -0.59%, German Bund 0.03% +13.90bps, Xover Credit Index 335 -1bps, EURUSD 1.117 +0.38%
Following the ECB taper rumours, European government bonds fell last week, with the German 10 Year bund yield returning to positive territory.
This included an under-performance of Portugal (yields at highest level since February) as risks rise that the country could lose its only investment-grade credit rating (DBRS), which would make it ineligible for the ECB’s government bond-buying program. The broader negative tone for bonds did not dampen demand for Italy’s first 50 Year bond. A yield of 2.8% attracted EUR 16.5bn of orders. European economic releases were decently positive – manufacturing PMI rebounding alongside German and French industrial production.  In the UK, most data continued to show resilience (the PMIs all solidly in expansionary territory). This continues the sharp divergence between economic indicators and the currency – the pound slumped to a 31-year low against the dollar last week.

Asia Pacific:
HSCEI 9,923 +3.53%, Nikkei 1,686.00 +0.88%, 10yr JGB -0.06% +0bps, USDJPY 103.210 +1.61%
Following weak inflation data, the Tankan report in Japan disappointed as business sentiment fell to its lowest level in over 3 years. This may push the BOJ to cut interest rates at its 1st November meeting – specifically the deposit rate from -0.10% to -0.30%.  At Philip Lowe’s first meeting as Governor, the RBA in Australia left interest rates on hold at 1.50% as expected. The bank is trying to manage contrasting conditions in mining (large decline) with a booming property market and resilient consumer spending.

Latin America:
MSCI Lat Am 2,455 +3.10%
Peruvian Congress granted the government special legislative powers for 90 days. The cabinet will pass a package of reforms related to:

Peru’s total debt at 25% of GDP means the Andean country has room to fund this ambitious plan and reignite Public-Private Partnerships. Last week, the investment-grade country issued USD 3bn of sol-denominated bonds maturing in 2028 which yield 6.375%. Following the news, the World Bank has revised upwards Peru’s 2016 economic growth forecast to 3.7% from 3.5% and 2017’s from 3.5% to 4.2%.  Peru is set to be one of the most exciting growth stories in emerging markets in the next several years.
The country’s economic indicators are sound and the structural reforms that the new President Kuczynski is about to implement will boost GDP growth back to its long-term potential of 5%+. In the first phase, investments will support the economic boom while creating jobs and increasing productivity thanks to better infrastructures. In the second phase, the middle class will emerge and grow; GDP growth will be consumption-led.
Colombians rejected the landmark peace accord, 6 days after the deal was signed in front of regional heads of state. This setback was decided by a razor-thin margin, with 50.2% voting against. Despite wanting to end more than 5 decades of violence (that has left more than 200,000 dead), many baulked at the idea of rebel leaders receiving lenient treatment with very little jail-time for the culprits, seats in Congress and a monthly payment from the government. President Juan Manuel Santos had said there was no “Plan B” in case of defeat. Ironically, last week, President Juan Manuel Santos was awarded the Peace Nobel Prize for this accord.  This should not impact too much the Colombian economy, as the FARCs are now weak and may still accept a new deal, a bit less lenient towards them. The focus for Colombian markets is more on the upcoming tax reform, its content and the ability of the government to pass it in congress after the referendum set back which cut its already-low political capital. Colombia’s annual inflation rate came in at 7.27% continuing its sharp drop toward the central bank’s target as food supplies improve following a drought/El Nino strong decline in food prices (-0.91% m/m) and a stronger peso cools the rise in import costs.
The first round of Brazilian regional elections strengthened the government’s position. The PSDB, the main ally of the government now has control over around 800 municipalities, including the city of São Paulo. The PT, Dilma Roussef and Lula’s party, lost nearly 400 cities. Brazilian President Michel Temer’s proposal to cap real government spending for the next 20 years and fix the nation’s public finances cleared its first hurdle in Congress on Thursday.
A special lower house committee voted 23 in favour, 7 against the constitutional reform and rejected 8 amendments aiming at watering down this crucial reform. Brazil’s equity market (+3.98% in USD) and FX (the BRL strengthened 1.31% v’s USD) rallied on the back of this result and a rise in raw-material prices.
Mexico consumer confidence tumbled to its lowest level since 2010 to 84.1 from 86.5 the month before. Sentiment plunged as the MXN slumped to a record low of almost 20 per USD, a widening current-account gap and deteriorating public finances.

Africa:
MSCI Africa 796 -1.24%
Egypt Foreign reserves jumped to USD 19.6bn in September.
These additional USD 3bn are part of the Central Bank and IMF plan to build a buffer before devaluing the currency. Other sources in the near future include the IMF’s loan first tranche (USD 3.5bn), issuance of a Eurobond (USD 2-3bn) and second installments of loans from World Bank and African Development Bank (USD 1.5bn).
South Africa PMI (Standard Bank) rose above 50 in September to 50.7 from August’s 49.8, following 14 consecutive months below 50.  This first print in expansionary territory is too early to call the bottom of the economic cycle, but it is encouraging. A better signal would be an increase in private investments as businesses are sitting on ZAR 600bn in cash and awaiting the right signs from the government before investing the money into the economy.