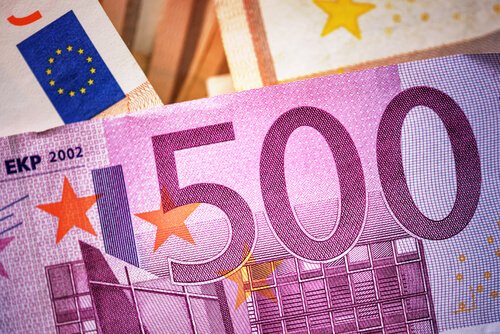 Europe:
Eurostoxx 3,025 -2.82%, German Bund 0.29% -3.60bps, Xover Credit Index 347 -2bps, EURUSD 1.063 +2.52%
The positive US tone did not carry over to European equities last week. Most country indices finished lower, led by Italy. Ahead of the 4th December constitutional reform referendum, Italian banks hit a 6-week low as the final opinion polls show a clear lead for the “no” vote. Whilst the entire sector needs to raise large amounts of capital (Unicredit is reported to seek EUR 13 billion and 20% of country-wide loans are classified as non-performing – equating to 40% of the entire Eurozone’s NPLs), the most pressing remains Monte Paschi.
This week, the bank priced a debt-for-equity swap, where subordinated bondholders will be invited to exchange bonds for equity on a voluntary basis. It’s hard to remember a capital raising which has taken longer and required more arm twisting and tight-rope walking. The pricing of the bond exchange is generous, which may help grease the wheels, but the situation is still precarious. If the equity raising goes ahead it will, effectively, wipe out existing shareholders.
Elsewhere, Eurozone inflation remained subdued at 0.5% over the last 12 months and at the European Banking Congress on Friday, Mario Draghi suggested the ECB bond buying program will be extended at the 8th December ECB meeting, stating “The recovery remains highly reliant on a constellation of financing conditions that, in turn, depend on continued monetary support… (the central bank remains) committed to preserving the very substantial degree of monetary accommodation.” The combination of factors saw the EUR end lower, extending its longest losing streak against the USD since inception.
On Sunday, the first round of voting for the Republican party candidate for France’s Presidential election, threw up another upset. Unfancied former PM François Fillon came out with a comfortable lead and will now face off against Mayor of Bordeaux Alain Juppé next weekend. This ended former leader Nicolas Sarzkoy’s return to politics. Also in European politics, Angela Merkel confirmed she will run for a 4th term as German Chancellor.
In the UK, Chancellor Philip Hammond will deliver his Autumn Statement on Wednesday. Over the medium-term, Hammond may deliver a larger fiscal stimulus, but this is expected to be delayed whilst data remains resilient. Last week retail sales came in well ahead of consensus. 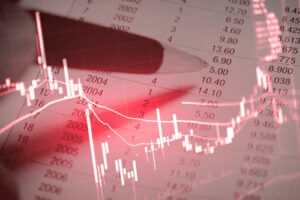 United States:
S&P 2,182 +0.81%, 10yr Treasury 2.31% +20.47bps, HY Credit Index 416 -5bps, Vix 13.25 -1.32Vol
Due to expected fiscal stimulus, US Markets continued to interpret the Presidential election result as growth and inflation positive.
Equities Rally: The NASDAQ hit a new all-time high on Friday morning, whilst the S&P 500 came within 0.1%. At a sector level, high dividend paying “bond proxies” again underperformed, albeit mostly finishing flat.
Bonds Sell-Off: The government bond rout continued with the 10 year finishing at 2.36% yield (roughly where it started the year and up from 1.32% in July), after the biggest 2 week move in 15 years.
USD Rally: The trade-weighted USD hit a 13 year high (DXY at 101.48).
The bond move accelerated on Thursday after Janet Yellen, speaking before a Congressional Committee, commented that a rate hike could be “appropriate relatively soon” She summarised the outlook by: “My own judgment is, looking at incoming economic data and developments thus far … the evidence we have seen since we met in November is consistent with our expectation of strengthening growth and improving labour market, inflation moving up… so we indicated that the case had strengthened for an increase in the federal funds rate and, to my mind, the evidence we’ve seen since that time remains consistent with the judgment the committee reached in November.” This week’s data supported this rhetoric – retail sales and housing starts much better than expected. This has left markets pricing a 95% probability of a rate hike on the 14th December. US markets will be closed on Thursday for Thanksgiving.

Asia Pacific:
HSCEI 9,444 -0.88%, Nikkei 1,810.00 -0.54%, 10yr JGB 0.03% +0bps, USDJPY 110.850 +3.97%
Japanese equities benefited from the Trump effect as the JPY weakened to 110 versus the USD after the largest two-week move in 28 years. This was explained partly by broader dollar strength, partly by aggressive investor positioning long JPY (on reduced monetary stimulus hopes) and partly by a better than expected Q3 GDP number, which came in at 0.5% vs 0% expected. Meanwhile, Shinzo Abe became the first foreign leader to meet with President Elect Trump, concluding that he is someone in whom he had “great confidence”. China’s October activity data came in showing similar strength to September. Industrial production grew 6.1% YoY (vs 6.2% in September), retail sales growth slightly softened but remained in double digits (10.0% YoY vs 10.7% in September), while year-to-date fixed asset investment came in marginally ahead of consensus (8.3% YoY vs 8.2%).
India continues to adjust to life after demonetisation, following last week’s announcement that 85% of the currency in circulation was to be withdrawn instantly. India’s inflation rate continued to decelerate in October. Consumer price growth slowed from 4.3% YoY in September to 4.2%, whilst Wholesale prices decelerated from 3.6% to 3.4.
The Philippines remains one of the world’s fastest growing economies, with Q3 GDP growth accelerating to 7.1%, from a 7.0% growth rate in Q2. Private investment and public construction spending contributed strongly.
Bank Indonesia paused its cutting cycle, leaving rates unchanged at 4.75% (consensus was mixed, biased towards a cut). The central bank was likely partly motivated to pause by the increasing likelihood that the Federal Reserve will raise interest rates in December.
Malaysia reported stronger GDP growth than expected (Q2 at 4.3% YoY vs consensus 4.0%). Korea left interest rates on hold, in line with consensus.

Latin America:
MSCI Lat Am 2,267 +2.76%
Colombia reached a peace deal agreement with the FARC guerrilla and leaders of the “No” campaign during the referendum, among whom is the former president Uribe. The new deal is less lenient on guerilleros who will have to pay damages to victims out of their own assets and won’t have any reserved seats in the Senate, although they will be allowed to build a party and run for elections.
Argentina’s central bank cut the monetary rate by another 50bps to 25.75%. As the economic recovery is taking longer than initially expected, the central bank should provide some short-term relief to the economy. Argentina keeps attracting investment. Canada’s PM last week announced USD 4Bn of investment in the coming years by Canadian corporations. This announcement came in the same week as the vote of the PPP investment law and capital market bill by the Senate. These reforms will simplify the processes of investing in the country and support financing of the economy.
Peruvian GDP grew 4.1% YOY in September, slightly above market expectations (4%). Mining output (+16%) was the primary driver, while the non-primary sector still lags due to the decline in private investment. The unemployment rate also fell to 6.2% in October vs 6.5% the previous month. The benefit of structural reforms being voted by the new administration should translate into better 2017 numbers.
Banco Central de Chile kept its monetary policy rate at 3.50%. The central bank mentioned uncertainty from external environment as the main reason behind its wait-and-see approach, despite inflation being below the 3% target at 2.8% in October
Chile GDP expanded by 1.6% YOY in 3Q16, above market consensus (1.45%). In the same statement, the central bank revised Q1 and Q2 numbers upwards to 2.3% and 1.6% YOY, from 2.2% and 1.5%, respectively. Economic data is pointing toward a stabilisation (bottoming) of the Chilean economy. Nothing new is expected in Chile before the presidential elections next fall.
Banxico hiked 50bps. The Mexican central bank has increased the benchmark rate by 200bps YTD and 225bps since December, to 5.25%.

Africa:
MSCI Africa 728 +1.44%
Trade between China and the African continent is forecasted to fall by 13% to USD 154Bn in 2016, following a 19% decline in 2015. The main causes of the decline in African imports from China (from USD 108Bn to 96Bn in 2016) are weaker African currencies (vs CNY) and lower economic growth.
The Egyptian equity market is the best performing globally since the election of Mr. Trump, returning more than 19.45% in USD terms. This performance is independent of the US election and has more to do with the floating of the currency and the approval of the USD 12Bn loan by the IMF. Egypt’s Minister of investment is expecting USD 10 to 15Bn FDI inflows and USD 5 to 10Bn portfolio inflows over the next 3 years as a result of structural reforms being implemented.
The situation in Nigeria is not improving as the Federal government decided to end importation of wheat from Russia to preserve FX reserves; inflation came in at 18.3% YOY in October (vs. 17.9% a month earlier) and manufacturers believe the “economy may not go out of recession in 2017”. This negative news comes despite the government desperately trying to reflate the economy.
Kenyan FX reserves are melting quickly as the central bank is drawing down to pay debts and intervene in the FX market to maintain the stability of the KES. Reserves are now at USD 7.5Bn, equivalent to an import cover of 4.8 months, the lowest in 5 months.