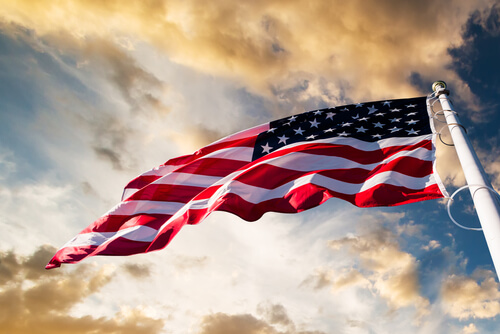 Coming into US election week, the S&P 500 had declined for 9 consecutive days – the longest losing streak in 36 years, for a cumulative loss of around 3%. On Monday however, the day after the FBI concluded there was no criminal wrongdoing in their probe of Democrat candidate Clinton’s emails, the market rallied back 2.2%. Then, in the early hours of Wednesday, when initial results suggested Donald Trump was set to win the Presidential election, S&P futures fell as much as 5%, Asian markets crumbled (Nikkei down 5.36%) and bonds rallied on a flight to safety.
That over the course of the following 3 trading days saw a veritable smorgasbord of asset price reversals (including a new all-time high for the Dow Jones Industrial Average, the highest yields on government bonds since January and the most significant rally in copper since 1980) must go down as one of the most significant about turns in market history.
Overshadowed by the USA elections, India’s government went nuclear in its war on black money, by announcing the withdrawal of bank notes worth 9% of GDP. This forces billions of dollars of undeclared income to be deposited in the banking sector and simultaneously wipes out a chunk of the ill-gotten wealth of India’s tax-evading elite. Long term, this reform will do more for India’s development than almost any other single policy seen in recent times in emerging markets. Short term, frictions during the transition period will challenge established transaction models and disrupt activity for a number of weeks.

Also at the equity level, the VIX fell a jaw-dropping 8.34 points as risk aversion dissipated. Meanwhile, inflation expectations ratcheted higher (5y5f inflation swap shifting from 2.14% to 2.45%) and the probability of a December rate hike firmed to 80%. This came after Stanley Fischer, vice-chair of the FED, said the case for gradual rate rises is “quite strong”. Janet Yellen speaks this Thursday at the Senate’s Joint Economic Committee.

Asia:
HSCEI 9,350 -0.64%, Nikkei 1,767.00 -0.45%,10yr JGB- 0.01% +0bps, USDJPY 107.530 +3.42%
Asia as a region was no exception to the rest of the world last week, undergoing a significant bout of volatility as the American presidential election results were digested.
Traditional emerging markets within Asia finished the week negatively across the board (China -0.6%, Korea -2.5%, Taiwan -2.7%), whilst the Frontier Markets of ‘New Asia’ outperformed (Pakistan +2.5%, Vietnam +1.9%, Sri Lanka +0.0%). Investors were happier to hold on to their Frontier Market positions within Asia, due to the tendency of these economies to be more reliant on domestic factors (urbanisation, demographics, structural reforms), in comparison to ‘Old Asia’ which, in many cases, is a proxy for global trade and has a high degree of export sensitivity.
A Trump presidency will impact Asia in two key ways – foreign policy and trade.
The Obama administration pursued an explicit ‘pivot’ towards the Asia Pacific region, centred around balancing out the role of China as a regional power player, maintaining freedom of navigation within the South China see and, more recently, a tougher stance on North Korea, with the placement of THAAD missiles in South Korea. Conversely, Trump’s election rhetoric called for America’s allies in Asia (including South Korea and Japan) to shoulder more of the burden of maintaining stability within the region, in the form of higher military spending.
In a similar vein, the outgoing government’s trade policy was geared around opening new bilateral trade agreements and cutting trade barriers and using these policies as a means of wielding ‘soft power’. The long-anticipated Trans Pacific Partnership free trade deal personified these efforts. However, it now looks as though the TPP could be one of the first policies to be scrapped under a Trump government, denying signatories freer export access to the US market.
If Trump’s campaign messages are to be taken at face value, one can expect concerted efforts to reduce military and trade ties with Asia. Whether Trumps grand vision of thousands of American companies shutting down their low-cost manufacturing bases around the world and bringing millions of jobs back to America (at 2x-5x the average labour cost) will be realised, is still very much uncertain.
Naturally, the American election dominated the headlines last week. Beneath the front pages, however, developments in India this week were nothing short of explosive. The Indian government announced on Tuesday that INR 500 ($7.50 USD) and INR 1,000 ($15 USD) denomination banknotes were to be withdraw from circulation. Holders of these notes have until 30th December 2016 to deposit them in bank accounts, after which point they will become worthless.
Setting the scene
Currently, national savings in India amount to around $600bn per year, though only $200bn of this makes its way to the banking sector. The rest is either kept under mattresses or invested in some form of hard asset. The majority of this missing $400bn is undeclared for tax purposes.
According to a government study done in 2014, the shadow economy in India is worth the equivalent of 75% of reported GDP. This shadow economy is fuelled by ‘black money’, in Indian parlance, which refers to income and assets undeclared for tax purposes, and often obtained by illegal means.
Declaring war on black money was one of Modi’s key reform promises during his election campaign in 2014. This week’s development is the equivalent on dropping an atomic bomb (and, interestingly, was kept to a similar level of secrecy as the Manhattan Project, with even senior cabinet officials unware of the development of the demonetisation plan for over 6 months, to avoid word getting out and a rush to exchange the notes ahead of time).
Before going nuclear, Modi enacted a number of piecemeal legislations to begin tackling the problem.
Up until the first wave of black money legislation was passed by the Modi government, it was possible to purchase property in India with a briefcase full of banknotes, with no questions asked as to the origin of the funds. This is how bribes paid to corrupt politicians or profits from illegal business activities could be spent and enjoyed by the corrupt elite.
Under the new legislation enacted in May 2015, any purchase in the Indian economy over INR 200,000 (approximately $2k USD) requires the buyer to provide their PAN number (a tax identifier). This allows the government to track mismatches between expenditure and declared income. This has already had a huge impact on the sectors particularly prone to attract this type of wealth, most notably property, gold and jewellery.
The Practicalities: On the 8th November, the government announced that the INR 500 and INR 1,000 notes would cease to be legal tender from midnight.
Elsewhere in Asia, Indonesia’s economy marginally decelerated in Q3 (5.0% versus 5.2% in Q2), China’s exports were stronger than expected in October (down only -1.4% YoY versus -1.9% in September), whilst the central banks of both Thailand and the Philippines left interest rates on hold. The RBNZ in New Zealand cut rates by 0.25% to 1.75% as expected.

Latin America:
MSCI Lat Am 2,206 -10.43%
Latin American markets were the most negatively impacted by Trump’s election. All Latin American asset classes (excluding commodities) lost ground. To give an idea of the extent of the shock waves, in the 2 days following the US elections, the Mexican Peso lost 10.91% (to an all-time low), the Brazilian Reais 6.51% and the Colombian Peso 5.22%. In the meantime hard currency denominated bonds also sold-off with yields jumping 77.8bps in Mexico, 62.3bps in Argentina, 63.1bps in Colombia and 71.7bps in Brazil.
Looking more closely at the continent, some 80% of Mexican exports are to the US via NAFTA, representing 27% of GDP. However, for all other Latin American countries outside Colombia (33%), exports to the US represent less than 15% of their total exports. Brazil, Argentina, Colombia and Peru are, in fact, relatively closed economies. Contrary to what one might think, they are less reliant on global trade than their Asian and European counterparts. Indeed, as major commodity producers, Chile and Peru outperformed, their currencies (down 0.3% and 0.74% respectively) and equity markets (-0.72% and +5.11% respectively in USD).
Argentina’s central bank cut the benchmark interest rate by 50bps to 26.25% after 6 weeks unchanged.
Brazil retail sales fell 1.0% MOM in September for the third consecutive month keeping the trend unchanged.

Africa:
MSCI Africa 718 -5.84%
African markets appear to be one of the most immune regions from US elections. Longer term, the implications of US policies on global trade, commodity prices and geopolitics may impact the continent.
The first USD 2.75 Bn (out of 12) instalment of the IMF loan to Egypt was released last Friday. Egypt met all the conditions imposed by the IMF in the last weeks (EGP float, removal of energy subsidies, introduction of VAT, and raising USD 6Bn from allied countries).
Egypt will increase food subsidies by 13.6% to EGP 50Bn starting in December, in order to support the basic needs of the population and smooth the pain caused by the devaluation of the EGP. Keeping a “social safety net” and other social measures were demands by President el-Sisi before accepting the IMF’s help.
Core inflation reached 15.75% in Egypt in October, according to the CBE.
Egypt refinanced part of its debt worth USD 4Bn. This gives an anchor to Egyptian sovereign rates for its next issuance of USD 1.5 to 2Bn in the coming month. Those bonds yield from 4.32% (maturing December 2017) to 7% (November 2024).
The IMF reported that Kenya’s annualised external current account declined to 5.5% as at September 2016, compared to 6.8%in 2015. The improvement was mainly attributed to lower oil prices, improved tea and horticulture exports and higher remittance inflows. However, the IMF notes that the narrowing of the current account deficit has come at a cost of a widening fiscal deficit.