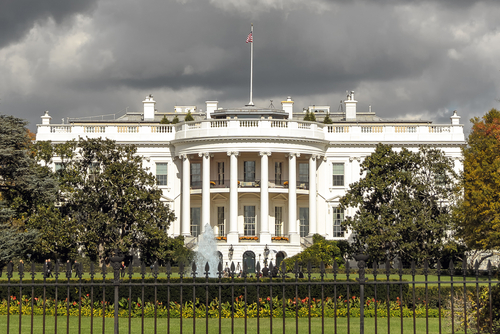 WHEN THE RUBBER HITS THE ROAD
Since the 8th November US elections, there has been a sharp acceleration (and in some cases reversal) of asset price moves and market expectations; bonds lower and equities, sentiment surveys and inflation expectations higher (to multi-year highs). The global economy rebounded in Q4, led by a manufacturing recovery, whilst the US is now arguably at full employment, which creates the potential for a faster FED rate hiking cycle. Nonetheless, as the Mexican Peso attests, Donald’s victory certainly played an important part. The first few weeks of his leadership therefore have the potential to be significant for markets.

UNITED STATES
S&P 2,271 -0.15%, 10yr Treasury 2.43% +7.04bps, HY Credit Index 350 +2bps, Vix 12.27 +0.31Vol
Incoming economic data was robust last week as CPI inflation firmed in December (in line with consensus), housing starts touched their second-highest level since 2008 and industrial production rose more than expected. Across two speeches in California, Janet Yellen continued to backtrack from her suggestion that there might be sense in running a “high pressure economy”, stating “I think that allowing the economy to run markedly and persistently “hot” would be risky and unwise”. She summarised her views by:

Equity markets were little changed in aggregate, although financials (the sector which has arguably benefited most from Trump’s election) underperformed. Indeed, realised volatility for the S&P 500 over the last 30 days stands at a near motionless 6.57%. Bonds slipped, with the US 10-year trading in a wide range between 2.31% and 2.51%.
The Bank of Canada left rates unchanged at their January meeting, but Governor Poloz warned “prospective protectionist trade measures in the United States would have material consequences for Canadian investment and exports.” Consequently, “Should any of those downside risks materialise and put our inflation target at risk, then we would have the room to manoeuvre,…, A rate cut remains on the table and it would remain on the table for as long as downside risks are still present.” The Canadian Dollar was the worst performing global currency last week as a consequence.

However, Draghi did address the recent German based groundswell of concern on rising inflation, which could pressure a near-term tightening. In particular, he stated “There are no convincing signs yet of an upward trend in underlying inflation” and gave 4 conditions necessary to meet the ECB’s target of 2%:

In practice, a persistent period of inflation, whether broad-based and sustainable or not, will create discord amongst the governing council. However, it is fair that much of the current headline number is driven by base effects in energy and food prices.
In the UK, Prime Minister May’s Brexit negotiation speech (presented in the form of 12 objectives) was taken positively by the market – pushing USD/GBP to its best one-day performance in 9 years. As a consequence, the FTSE 100 ended its six week winning run, with foreign currency earnings marked down in local currency.
Ahead of this week’s central bank meeting, the Turkish Lira continued to do what it does best – weakening against all major currencies.
ASIA
HSCEI 9,726 -0.79%, Nikkei 1,889.00 -0.88%, 10yr JGB 0.06% +0bps, USDJPY 113.580 +0.11%
Ahead of Donald Trump’s inauguration last Friday, Asian markets traded sideways for the most part, with none of the major markets moving by more than 1% in either direction in USD terms.  Investors continue to be in the dark on the specific details of some of Trump’s key policies that will have far reaching consequences for Asia. This includes tariffs, border taxes, the future of the offshore and outsourcing operations of American businesses, the strength of the dollar and the all-important political and economic relations with China.  Whilst the key details remain a mystery, and we think it too early to speculate on the likely specific outcomes, the broad direction at a superficial level is clear. Both business models and economic development models that depend too highly on relatively easy access to the consumer demand side of the US economy in combination with the low cost supply side of Asia will experience disruption over the next four years. To this end, we remain most constructive on a 3-5 year view on those economies whose destinies lie mostly in their own hands. Countries with domestically driven sources of sustainable growth, with the urbanisation and demographics mega-trends of India the canonical example, should enjoy a degree of isolation from any Trump-led disruptions to the established order.  China’s Q4 GDP growth rate came in 10bps ahead of the market’s expectations at 6.8%.  Both Korea (1.25%) and Malaysia (3.0%) left interest rates on hold at their January meetings. The Korean central bank continues to face a deteriorating growth and inflation outlook, while Malaysia’s activity data has shown signs of improvement.
LATIN AMERICA
MSCI Lat Am 2,455 +1.28%
Chile’s central bank cut benchmark rate by 25bps to 3.25% after 14 months on hold. Economic growth is still sluggish, confidence and PMI data are at multi-year lows, inflation is decelerating quickly towards the central bank target and expectations are anchored at the bottom of the target range. The fiscal account is constitutionally constrained thus monetary policy is (for now) the only tool available to support the economy.  Political change (elections in December 2016) has the potential to usher in improved leadership (as seen across much of the continent over the last 2 years). Brazilian executives are twice as optimistic that business will improve in the next 12 months than at the beginning of 2016, according to a PWC survey published during the Davos WEF forum. 2017 should continue to be challenging (GDP expectations have come down from 2% post-impeachment to 0.5% currently for 2017) but this shows Brazilian companies consider the economy to have bottomed.S&P reaffirmed Colombia’s sovereign rating at BBB. On the one hand, the snapshot macroeconomic picture isn’t that great. On the other hand, the direction of travel is positive. The current account deficit has shown a stronger than expected correction in 2016 (4.7% of GDP as of September 2016 vs. 6.7% in 2015, helped by a strong devaluation in 2015) and last month, the government showed a strong willingness to keep the fiscal account under control thanks to tax reform (diversifying government revenue away from oil, increasing VAT, reducing the corporate tax rate).
AFRICA
MSCI Africa 790 -1.53%
Egypt’s budget deficit shrank to 10.2% of GDP in H1 16-17 (July to December 2016), coming in at EGP 174Bn, down from 12.2% a year ago. This is still above IMF targets. The USD 12Bn IMF rescue plan, together with the elimination of fuel and electricity subsidies (by 2019 and 2021 respectively), the floating of the currency and proper monetary policy to bring down inflation to single-digit territory, should gradually rebalance the fiscal and current account of the country.
Increasing interest rates appears the best solution to anchor the currency, attract capital inflows (via high real interest rates) and fight inflation. Moreover, increasing interest rates would not hurt the real economy so much as it is under-leveraged (private sector debt to GDP stands at 26% according to World Bank data) and banking penetration is still rather low.
Nigerian inflation reached an 11-year high in December at 18.6% YOY, driven by poor monetary and fiscal policies resulting in a sharp devaluation of the Naira in the black market (the only rate most Nigerians have access to) from 198 USD/NGN a year ago to circa 490 currently.
South African retail sales rose by 3.8% YOY in November, following a decline of 0.2% in October. The resilience of South African retail sales remains puzzling as consumers’ disposable income is under pressure from inflation (6.8% in December, 12% food inflation) and high levels of unemployment.