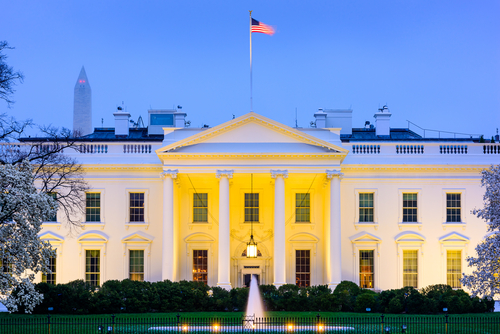 Taking 2016 as a whole, growth came in below expectations almost across the board – with the notable exception of China. However, as we start 2017, the global economy is performing better. In particular, after a period of stagnation, manufacturing data has markedly improved; the Markit-JP Morgan global manufacturing PMI rose to 52.7 in December implying the fastest pace of activity since February 2014. Indeed, Greece is currently the only developed nation with a manufacturing PMI below 50 (indicating contraction). This economic strength is relatively broad-based; aggregate economic data “surprise indices” are in positive territory for all regions and headline inflation is also generally rising (and not only because of higher oil prices).
Of course markets have already partly reflected the better data. The MSCI World has gained around 7.5% since the beginning of November, cash holdings for US mutual funds are at 5 year lows and the outperformance of cyclicals over defensives is at extreme levels. But the judgment for investors is not just tactical. There is obvious heightened political risk and great uncertainty as to how markets and the economy will be able to deal with any turn in the interest rate cycle
As a starter, this Wednesday Donald Trump will hold his first news conference since his election, ahead of his 20th January inauguration.
UNITED STATES
S&P 2,277 +1.70%, 10yr Treasury 2.40% -2.50bps, HY Credit Index 343 -13bps, Vix 11.78 -2.72Vol
Over the last few weeks US economic data has painted a generally optimistic picture – consumer confidence for December hit a 13 year high alongside blow-out vehicle sales and much improved manufacturing data. This week’s employment report was also positive; headline payrolls were below expectations, but the previous 2 months readings were revised up and average hourly earnings accelerated at the fastest pace since 2009 (and above the 2% inflation target at 2.9%). The unemployment rate ticked up marginally on an increase in the labour force.
Despite the bullish tone, Treasuries were broadly unchanged as the minutes to the Fed’s December meeting were interpreted as dovish. The key passages included:
Near-term Trump Upside

In keeping with better macro data, analysts start the year with improved expectations for corporate results. Consensus expect a second consecutive quarter of earnings growth for Q4 2016 (after 5 quarters of declines), with this momentum continuing through 2017.
Corporate debt issuance for the first week of the year came in at the highest level on record (also at a global level). 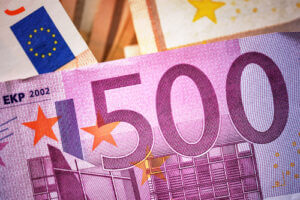 EUROPE
Eurostoxx 3,312 +0.96%, German Bund 0.30% +9.00bps, Xover Credit Index 290 -2bps, EURUSD 1.055 -0.14%
For once, Europe appears to be joining in with better global growth as the composite PMI touched its highest level since May 2011 (54.4) and Eurozone inflation for December printed at 1.1% YOY (fastest rate since September 2013). The recent acceleration is led by Germany (CPI inflation at 1.7% and unemployment now at 4.1% – the lowest since reunification).
Some of the uptick in inflation stems from the recent reversal in the oil price, but there are also signs of modest price pressures elsewhere. Nonetheless, it is very unlikely that core inflation for the Eurozone as a whole will get near the ECB’s 2% target near-term. Actually, the strong tone in Germany (reiterated in survey data and stemming from better global manufacturing) could present a problem for the ECB. Naturally hawkish Germany could experience well-above average inflation and thus pressure for early monetary tightening – the headline on the front-page of the business daily Handelsblatt read “Trapped by Low Interest Rates” this week.
This week there are two potential hurdles in Italy – on Wednesday, the constitutional court will decide whether to allow a referendum on the labour market reform approved under the Renzi government, whilst on Friday rating agency DBRS will announce whether they have cut Italy’s sovereign rating. This would lead to increased haircuts on Italian collateral posted at the ECB (from 5.5% to 10.5% for a 10 year government security). Meanwhile, in France the latest poll for “Les Echos” suggests conservative candidate Fillon has given up ground and now sits only 1-4 points ahead of far-right leader Marine Le Pen.
Also in Europe this week, hard data on industrial production (Thursday) should help confirm whether recent positive surveys are following through on the ground.
UK data continues to defy expectations. The composite PMI rose to 56.7, with a 30 month high in the manufacturing component and construction expanding at the fastest rate in 9 months.
The economic situation in Turkey shows no signs of improvement. The lira again touched record lows against the USD and inflation was higher than expected after the recent terrorist attack in an Istanbul nightclub.
ASIA
HSCEI 9,602 +2.29%, Nikkei 1,945.00 +1.57%, 10yr JGB 0.06% +0bps, USDJPY 117.140 +0.05%
China’s policymakers continue to set their stall out for 2017. The rhetoric so far has focused on economic stability, prudent monetary policy and the avoidance of asset bubbles.
Within a policymaking framework centred around stability, the government have emphasised the need to maintain the value of the RMB in order to avoid triggering panic-driven capital outflows and market volatility. Depending on which government mouthpiece one listens to, this means anywhere from flat to a 5% depreciation against the dollar over 2017. Foreign reserves play an important role in this equation.
China’s foreign exchange reserves fell by $41bn in December, in line with expectations.
The December FX data contained no nasty surprises (a larger fall would have been taken negatively by the market and cast doubt on the outlook for the RMB vs the USD, discussed below). January’s data are likely to contain more meaningful information about the relationship between recent moves in the RMB and the extent of the role that PBoC intervention has played.
The RMB witnessed its largest 2-day appreciation on record last week, rising as much as 2.6% against the dollar. This was likely driven by two key factors:

Bringing these last two observations together (RMB/USD and foreign reserves) on a forward looking basis, January’s data could prove to be pivotal for the outlook for China in 2017. One of two extreme scenarios, or a middle of the road mix, will play out:
1 January’s reserve data reveal that the PBoC was able to instigate a 2.6% appreciation in the RMB without a large amount of intervention, while capital outflows also fell under the new restrictions, suggesting the central bank will have no issues maintaining the strength of the currency during 2017.
2 The exact opposite, the central bank was forced into massive intervention in order to stabilise/strengthen the currency, meaning that the current position is unsustainable and a significant depreciation becomes inevitable.
3 Something in between the two.
We see outcomes 1 and 3 as the most likely, based on the recent stabilisation of capital outflows (though still negative) and the magnitude of the recent appreciation.
Another development around the currency we have seen in January sends out more of a mixed message, in contradiction to all the government talk of stability. The government increased the number of currencies in the CFETS basket from 13 to 24, reducing the weight of the dollar from 26.4% to 22.2%. The accompanying statement highlighted that the adjustment was aimed at making the basket more representative.
Sceptics would argue that this deliberately gives the PBoC more room to allow the currency to weaken against the dollar. This is certainly one implication. We would argue, however, that if the central bank wished to devalue the currency significantly and ignore the implications this would have for financial markets, they would be unlikely to bother constructing and publishing an index at all.
In summary, the first week of January has helped guide investors as to which data points to watch for 2017 to gauge the prospects for the Chinese economy. In 2015/16 it was economic activity data (case in point, the market panic in January following the weak PMI print). This year, it will be the RMB and the PBoCs monthly FX reserve moves that captivate investors.
In India, attention began to turn to the prospects for the economy after the dust has settled on demonstration, with the announcement of the state election calendar for a number of key states. The elections will be held across February, with all results being announced simultaneously on 11th March.
These elections will give the clearest indication yet of how ordinary Indian’s feel about the government’s demonetisation programme announced in November, with wider implications for the Modi government as we head towards 2018’s general election.
The arrangement of the election calendar also implies that the upcoming central government budget, to be announced on 1st February, will likely include expansionary measures to put more money in the pockets of voters.

New Year's message from our Founder