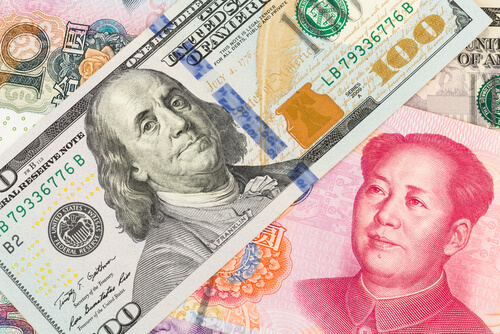 DRAGGING FEET…
This week’s market moves, policy announcements, and political news flow provided a very good summary of the current outlook. Coincidently economic data is unequivocally positive, but investors and central banks are tentative because of a plethora of political risks:

Of course, valuations and liquidity don’t help either; the “inflation and growth scare” has already prompted a sharp repricing, with limited asymmetry in return across most assets. The exception is perhaps select emerging markets.
UNITED STATES
S&P 2,297 +0.12%, 10yr Treasury 2.44% -1.95bps, HY Credit Index 322 -18bps, Vix 11.39 +0.39Vol
Although it was only a 0.6% fall, Monday was the biggest drop in the S&P 500 since the 8th November Presidential election. It came after considerable backlash against Donald Trump’s (2) executive orders on immigration, which ban entry from seven Muslim countries, including by legal residents and visa holders. Indeed, the debate continued this weekend as the President’s administration failed in an appeal against a court order to suspend some of the new measures.   In the related area of trade policy, the new government is yet to announce any formal measures (other than withdrawal from the TPP). However, speaking in a series of press appearances, Peter Navarro (Economics Professor at the University of California at Irvine and Head of Trump’s National Trade Council) gave an indication of the areas for concern. In particular, Mr Navarro picked on the 4 countries with which the US has the largest trade deficit: China, Germany, Japan and Mexico.

The latter was acknowledged by German finance minister Wolfgang Schäuble, “The euro exchange rate is, strictly speaking, too low for the German economy’s competitive position,…, when ECB chief Mario Draghi embarked on the expansive monetary policy, I told him he would drive up Germany’s export surplus . . . I promised then not to publicly criticise this course. But then I don’t want to be criticised for the consequences of this policy.”  On Friday, Trump issued his 8th executive order to direct a review of the “Dodd-Frank Act”, which was designed to tighten regulation of the financial industry. President of the Director of the National Economic Council, Gary Cohn (ex-President of Goldman Sachs) called this “a table-setter for a bunch of stuff that is coming”. Shares in the sector rallied 2% post the announcement, helping bring markets back to flat for the week.  At the February FED meeting, policy was left unchanged and the statement was mildly more dovish than expected; the only meaningful addition was that “measures of consumer and business sentiment have improved of late”. Therefore the committee refrained from an “internalisation” (to use their own words) of Trump’s policies or to signal an impending rate hike.  In terms of data, the labour market report was very much in “goldilocks” territory with non-farm payrolls ahead of consensus, but unemployment ticking higher due to an increase in the participation rate. Average hourly earnings rose at 2.5% YOY, down slightly from last month’s cycle high of 2.9%. Corporate earnings also continued the positive trend (Apple up 6% for the week), with blended EPS currently up 7.1% for Q4 (best quarter since 2014) after approximately half of companies have reported.

EUROPE
Eurostoxx 3,268 +0.02%, German Bund 0.40% -5.00bps, Xover Credit Index 293 -0bps, EURUSD 1.075 -0.79%
Eurozone GDP for Q4 2016 confirmed encouraging economic momentum at 2% annualised growth, whilst “final “ PMIs were in line or better than the “flash” estimates.
In France, the conservative candidate for the upcoming Presidential elections, Francois Fillon, has seen his lead in the polls disappear on the back of allegations that he paid his wife more than EUR 800,000 for a fictitious job as a parliamentary aide. This has left independent candidate Emmanuel Macron as a marginal favourite to face off against far-right Marine Le Pen in the second round (who has promised to remove France from the Euro). Whether it is Fillon, Macron or socialist Hamon who make round two is unclear, but it is still seen as very likely one of these conservative candidates wins over the National Front’s Le Pen. Sovereign risk was, however, in broader focus last week with peripheral bond spreads all widening.
The Bank of England left policy unchanged, managing to strike a balanced tone, which contributed to Gilts rallying. On the hawkish side, they upgraded growth forecasts and acknowledged that members had moved “a little closer” to the limits of their tolerance for inflation. More dovishly, they brought down their assessment of full employment to 4.5% from 5%, which allowed inflation forecasts to be little changed.
The UK government cleared the first hurdle towards invoking Article 50 by passing the second reading of the “European Union (Notification of Withdrawal) Bill” through Commons on Wednesday, with a vote of 498 versus 114. The approval process should be concluded late this week.
In a week of general dollar weakness, the Turkish Lira staged a rally last week, erasing half of its losses for the year as the IMF called on the country’s central bank to raise interest rates. Russia left rates unchanged at 10%, noting ongoing inflation concerns.