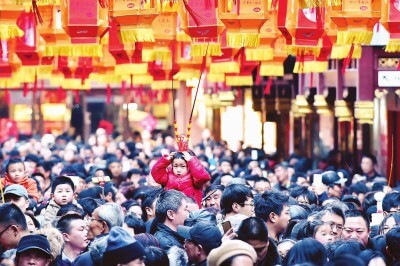 Asia Pacific
The MSCI Pacific Index plummeted 9.8% in the week ending 12 February, hit by a 12.6% collapse in Japan’s TOPIX.
The Japanese stock market fell heavily as investors digested the Bank of Japan’s decision on 29 January to tackle deflation by introducing negative interest rates. The move to negative rates was meant to weaken the yen and boost bank lending, but the result has in fact been a 10% rise in the value of the yen against the dollar, badly hitting exporters, while Japanese banking shares have collapsed as investors analyse the detrimental impact of the negative rate policy on banks’ profits. 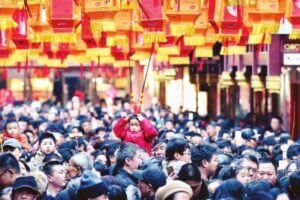 Elsewhere, the Hong Kong and Singapore markets was closed for much of the week due to the Lunar New Year holiday, but both markets fell heavily when trading resumed, with the Hang Seng down 5.0% and the Straits Times 3.2% lower. Worries over Chinese growth and global central bank policy hit sentiment in both markets.
Australia’s All Ordinaries was down 4.2%, with banks caught up in global concerns over the outlook for the banking sector, while ongoing volatility in commodity prices hit mining stocks.
United States
A sharp rally on Friday afternoon meant Wall Street stocks were ultimately spared the worst of the rout on global markets in the week to 12 February. The Dow Jones ended the week 1.4% lower, while the broad S&P 500 lost 0.8% and the technology-heavy Nasdaq was down 0.6%.
US stock market declines at the end of 2015 were largely driven by energy- and commodity-related sectors, but the sell-off has become more broad-based in 2016, suggesting investors are becoming concerned about an economic slowdown or even a recession.
Last week, a decision by Sweden’s Riksbank to cut interest rates deeper into negative territory was the trigger for further aggressive selling of financial stocks, amid worries over the health of the world economy and the potential impact of an even longer period of extremely low interest rates on bank profits.
Concern is also mounting that central banks may be powerless to lift their economic systems out of an enduring environment of low growth and deflation. In her semi-annual testimony to Congress, Federal Reserve (Fed) chair Janet Yellen said persistent market turmoil could weigh on US growth and corporate hiring, and said financial conditions had become “less supportive”. However, she continued to signal “gradual” interest rate rises, suggesting that ongoing job and wage growth would support the economy.
On Friday, New York Fed president William Dudley dismissed speculation that US policymakers could follow their eurozone, Swedish and Japanese peers into negative rate territory as “extraordinarily premature”. Dudley said US households and banks are in good shape to ride out global turbulence.
Taken together, the comments helped to stem fears of a so-called “doom loop”, in which negative central bank rates lead investors to short financial stocks, forcing banks to cut their lending, which in turn restricts liquidity, forcing further monetary easing.
Positive economic data also contributed to the end-of-week rally. US retail sales were stronger than expected in January, with total sales growing 0.2% from the previous month, while core sales (excluding cars, petrol and building materials) jumped 0.6%, the most since spring 2015.
Meanwhile, renewed reports that Opec may discuss a production cut sparked a bounce in the crude price. The collapse in oil prices is fuelling a narrative of slowing economic growth despite the evidence suggesting the decline is due to massive oversupply rather than deteriorating demand. A production cut may help to reverse the negative feedback loop.
Europe
The MSCI Europe Index dropped 3.9% in the week ended 12 February, pulled lower by heavy selling in the financials sector as investors continued to worry about the impact of slow global growth and extreme central bank policy action.
Spain’s IBEX 35 was down 6.8%, the French CAC 40 fell 4.9%, Italy’s FTSE MIB was 4.3% lower and Switzerland’s SPI fell 3.9%, while the German DAX lost 3.4%, Sweden’s OMX 30 dropped 3.3% and the UK’s FTSE 100 weakened 2.4%.

Bank stocks fell sharply and the price of insuring bank debt against default rose sharply as investors questioned the ability of some lenders to withstand a slowdown in global growth and the prospect of a prolonged period of low, or even negative, interest rates.
The low growth environment means banks are increasing bad loan provisions, while the move to negative interest rates is undermining the ability of banks to lend profitably.
Sweden’s central bank moved last week to cut the rate that it pays to banks for overnight deposits by 15 basis points to -0.50%. Investors expect the European Central Bank to cut its own deposit rate, which currently stands at -0.3%, even further into negative territory as policymakers try to tackle persistently low inflation.
Pressures on bank profits have ignited worries over the ability of lenders to meet their debt commitments, particularly to holders of a type of hybrid bond known as a contingent convertible (or CoCo). European regulators have encouraged banks to issue CoCos to help them raise capital quickly and efficiently, while also ensuring bond holders—rather than taxpayers—share the pain of future asset writedowns. CoCos work by allowing banks to suspend interest payments or convert bonds to equity if they run into trouble. However, CoCos are untested and investors are worried about the fallout should a bank actually fail to make an interest payment.
Volatility in the banking sector is having a significant impact on overall market sentiment. Banks play a vital role in allocating credit throughout the global economy so confidence in the sector is vital to avoid another damaging credit crunch. Last week, Deutsche Bank, which is a significant issuer of CoCo bonds, said it would buy back USD 5.4 billion of its own debt to bolster investor confidence following a sharp drop in its share price. Other large eurozone banks also moved to reassure investors over their capital strength.
With concerns over the global economy mounting and central banks indicating that they will extend their extraordinary monetary measures, the banking sector specifically—and markets more generally—look set for further volatility in the short term.
Global Emerging Markets
With Chinese markets, data releases and policy action on hold for the Lunar New Year, investors in emerging markets still found plenty to worry about. The MSCI Emerging Markets Index lost 3.4%.

In emerging Asia, India’s Sensex dropped 6.6% as financial stocks came under pressure amid worries over bad loans. Official data painted a rosy picture of the Indian economy, with gross domestic product rising 7.3% year on year in the fourth quarter of 2015, according to the Central Statistics Office.
However, while crude price weakness has undoubtedly supported growth in India—a net oil importer—business confidence surveys and other indicators point to a faltering recovery, deepening doubts about the quality of official data.
Mainland Chinese markets were closed all week, but the offshore MSCI China, which opened on Thursday and Friday, slumped 5.3%. Taiwan’s Taiex was also closed, while South Korea’s Kospi slid 4.3%.
In emerging Europe, Russia’s RTS fell 5.0% as crude prices resumed their downward trend for much of the week. The oil slump is a huge drag on Russia’s energy-heavy economy, with 2016 expected to bring a second successive year of recession, while a corresponding decline in the currency has pushed inflation up to double digits.
The Czech PX slumped 6.5%, hurt by disappointing bank earnings, while Hungary’s BUX was down 3.9%.
In Latin America, Brazil’s Bovespa and Mexico’s IPC held up better, each dropping 1.9%. Brazil’s currency suffered its worst week in two months amid speculation the government will abandon its 2016 fiscal targets and slow the pace of spending cuts, turning its back on pledges to cut the deficit.
Bonds & Currency
Sovereign yields fell in the week, weighed down by expectations for a slowdown in global growth and the move by central banks to implement negative rates. US 10-year Treasuries fell as low as 1.52% before rebounding at the end of week, but still ended 10 basis points lower at 1.73%.
*Source: J.P. Morgan Asset Management