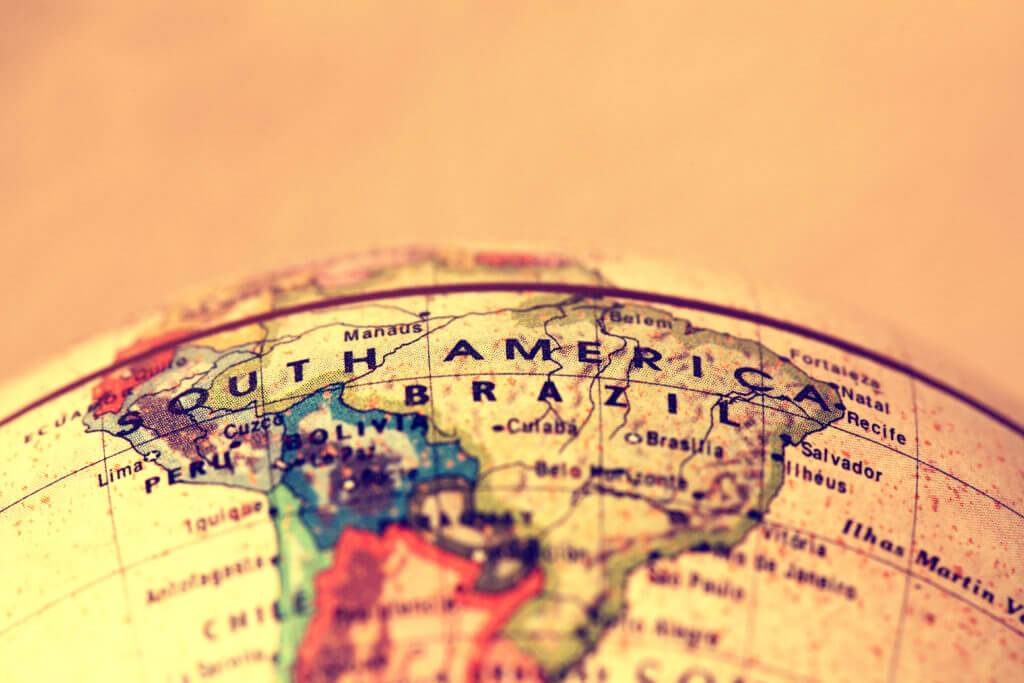 Asia Pacific:
The MSCI Pacific Index fell 1.4% in the week to 19 August.
In Japan, the TOPIX was down 2.1% after data released showed that the domestic economy grew just 0.2% in the second quarter, amid falling exports and weak corporate investment.
Japanese exporters came under pressure from the strengthening yen in the week—a stronger yen is negative for exporters as it makes Japanese products less attractive in international markets and reduces the value of profits earned overseas.
Hong Kong’s Hang Seng was up 0.7%, as sentiment was boosted by news that China had approved the launch of a long-awaited scheme to allow trading between Hong Kong and China’s mainland markets.
Elsewhere, Singapore’s Straits Times slipped 0.8% after the country’s economic growth forecast for 2016 was cut from 1%-3% to 1%-2%. Australia’s All Ordinaries delivered a flat return.

United States:
Light summer trading and uncertainty over interest rates kept US stock market performance muted in the week to 19 August 2016. The Dow Jones lost 0.1%, the S&P 500 was flat and the technology-focused Nasdaq was up 0.1%.
Monetary policy was in focus as several members of the Federal Open Market Committee (FOMC)—the Federal Reserve’s (Fed’s) policy-setting board—expressed their desire to see at least one interest rate rise this year.
New York Fed president William Dudley said positive developments in the labour market could warrant higher rates, while San Francisco Fed president John Williams said an increase might be needed to prevent the economy from overheating.
There are three FOMC meetings left in the 2016 calendar, in September, early November and December, and investors have largely ruled out the first two, expecting that uncertainty ahead of November’s presidential election will keep policymakers on hold. This week, Fed chair Janet Yellen speaks at the annual gathering of global central bankers at Jackson Hole, and may provide more guidance on the likely path of interest rates.
Hillary Clinton is the clear frontrunner in the presidential race, with a lead of 6-7 points in national polls. However, with third-party candidates polling strongly and the debates still to come, the run-up to the election could still produce periods of market volatility.
On the US markets last week, investors continued to rotate out of traditionally defensive sectors such as real estate investment trusts (REITs), telecoms and utilities and into more cyclical sectors such as banks, materials and technology.
Technology stocks were also supported by strong earnings from Applied Materials, NetApp and Nvidia. Applied Materials, which supplies tools used to make semiconductors, said sales and earnings for the current quarter would significantly outstrip analysts’ estimates as the company benefits from demand for newer technology to make smartphone displays and memory chips.
Meanwhile, ongoing expectations of an oil production freeze lifted the oil price, boosting energy stocks. Brent crude gained 8.3% over the week, hitting a two-month high of USD 51.22 on Friday before slipping back to end the week at USD 50.64.

Europe:
The MSCI Europe Index was down 1.6% in the week to 19 August 2016.
Italy’s FTSE MIB was the worst performer, losing 4.0% amid ongoing worries about the health of its banking sector. Elsewhere in the eurozone, Spain’s IBEX lost 3.0%, while the French CAC 40 was down 2.2% and the German DAX dropped 1.6%. Outside the eurozone, the UK’s FTSE 100 fell 0.8% and the Swiss SPI slid 2.0%.
The outperformance of the UK market was accompanied by a sterling rally as data suggested the economy held up better than expected in the wake of the Brexit vote. In the aftermath of the referendum, sentiment indicators pointed to a severe economic shock, with both business and consumer confidence plunging. The Bank of England countered with an interest rate cut and a resumption of quantitative easing.
However, data released last week painted a different picture. Retail sales grew at the fastest pace in 10 months in July, on an annual basis, while the unemployment rate was unchanged in the three months to June and the number of people claiming unemployment benefits fell in July.
At this stage, it is too early to assess the impact of the referendum decision, with little hard growth data due until the autumn. For now, markets remain nervous about the UK’s exit from the European Union (EU), with both equity indices and sterling giving up some of their gains on Friday following reports that prime minister Theresa May could trigger Article 50—the clause that will begin formal negotiations with the UK’s EU partners—in April 2017, earlier than previously anticipated.
In the eurozone, the minutes of the European Central Bank’s (ECB’s) July meeting, published last week, highlighted increased downside risks since the UK’s Brexit vote. Policymakers said the fallout was mostly contained to the UK, but the implications for global trade were unclear. The tone of the minutes increased hopes that the ECB may announce further stimulus when it meets in September.
Political risk is adding to the uncertainty in the eurozone. Last week, it was announced that Spain’s acting prime minister, Mariano Rajoy, would face a parliamentary confidence vote on forming a new government—potentially ending an eight-month political stalemate—after he secured the support of centrist parties. Meanwhile, Italy is expected to hold a referendum on constitutional reform in the autumn and—further out—France and Germany both have key elections next year.

Global Emerging Markets:
The MSCI Emerging Markets Index rose 0.4% in the week ending 19 August, outperforming the MSCI World, which was down 0.6%.
The MSCI China rose 1.6%, boosted by the launch of the long-awaited Shenzhen Connect scheme. The scheme, which will link Hong Kong to China’s mainland markets, will give foreign investors more exposure to Chinese stocks.
Elsewhere in Asia, India’s Sensex slipped 0.3%. The wholesale price index rose 3.5% in July from a year earlier, close to a two-year high, due to a surge in wholesale food prices. However, there’s growing evidence that food prices have begun to soften in August on the back of a strong monsoon season.
Taiwan’s Taiex was down 1.3% despite news that the Taiwanese economy grew by more than expected in the second quarter, helped by a recovery in exports. South Korea’s Kospi was up 0.3%.
In Latin America, Brazil’s Bovespa rose 1.4% as a rise in the crude oil price helped lift shares of state-owned Petrobras. Mexico’s IPC dropped 0.1%.
In emerging Europe, Russia’s RTS rose 1.2%, helped by positive retail sales, construction and transportation data.
Poland’s WIG ended the week 2.3% lower as dovish comments from Polish bank rate setter Jerzy Zyzynski weighed on the Polish zloty. The Czech PX-50 fell 1.9%.
Bonds & Markets:
Bonds sold off modestly in the week amid mixed economic data. The 10-year US Treasury yield rose 7 basis points (bps) in the week to 1.58%, while the 10-year German Bund yield rose 8bps to -0.04% and the UK 10-year Gilt yield rose 10bps to 0.62%.
Credit spreads tightened on higher government bond yields and a strengthening oil price.