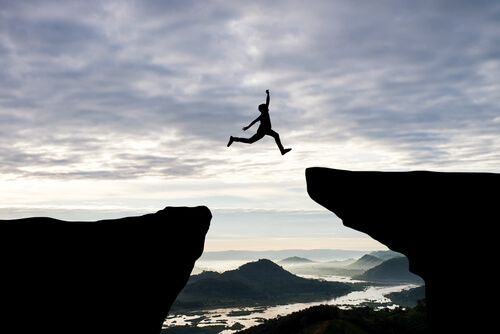 MIND THE GAP
We’ve been talking for a while about a growing divergence between impressive “soft” economic data (surveys estimating sentiment) and more sluggish “hard” releases quantifying activity, particularly in the US. As examples, NIFB small business sentiment sits near 43-year highs and last week US consumer confidence hit a 17-year peak. However, US economic growth for Q1 is on course to register no more than a 1.5% annualised expansion. This week the dynamic gained broader attention as a report from Morgan Stanley suggested the performance gap has never been so wide.  Nonetheless, the balance proved “just right” for markets – sentiment supporting equities and more muted real data keeping interest rates in check. On low volumes, bonds, equities and commodities all moved higher. This included oil posting its best week of the year as Kuwait’s oil minister gave his support to a time extension for OPEC supply restrictions.
UNITED STATES
S&P 2,363 +0.80%, 10yr Treasury 2.39% -2.49bps, HY Credit Index 337 +9bps, Vix 12.37 -0.59Vol
During the campaign trail Donald Trump claimed, “NAFTA has been a disaster for our country. NAFTA has to be totally gotten rid of.” A leaked draft of a Department of Commerce letter to Congress, suggested the President’s administration will instead seek only modest changes to the substance of the North American Free Trade Agreement. In particular, the memo talked about strengthening cooperation under the World Trade Organization.  On Thursday and Friday, President Trump and Chinese Premier Xi Jinping will meet for 2 days at the Mar-a-Lago resort in Florida. In a tweet Trump suggested “The meeting next week with China will be a very difficult one in that we can no longer have massive trade deficits and job losses. American companies must be prepared to look at other alternatives.”.

This saw the yield on the German 10-year Bund decline to 0.33%, the lowest level in around a month. Meanwhile, German unemployment fell to a new record at 5.8%.
Today marks the start of the ECB’s bond buying taper; monthly purchases will fall from EUR 80bn to (a still substantial) EUR 60bn per month. Almost nine months after the EU referendum, UK Prime Minister Theresa May finally triggered the country’s exit from the EU. This prompted a rally in both GBP and Gilts. However, economic data continued its slightly weaker tone – business confidence, consumer credit and house prices all declining. In Scotland, parliament voted 69–59 to demand a second referendum on independence from the UK.  In Hungary, the NBH eased policy on Tuesday by reducing the size of its reserve facility for commercial banks – with the aim of increasing excess liquidity in the banking system.

ASIA
HSCEI 1,031 -2.01%, Nikkei 1,898.00 -2.22%, 10yr JGB 0.08% +0bps, USDJPY 111.430 +0.03%
China’s PMI data batch for the month of March was mixed, with a positive overall tilt.   The National Bureau of Statistics official Manufacturing PMI showed month on month improvement (51.8 vs. 51.6 in February) and came out ahead of consensus expectations. The production sub-index rose to a 32-month high of 54.2 (versus 53.7 in February). Conversely, the unofficial Caixin Manufacturing PMI softened to 51.2 from 51.7 last month, with a low reading on the exports index weighing on the headline figure.   The divergence between the official and unofficial data in March was almost entirely driven by the difference in export indices. This has been a re-occurring phenomenon when comparing the two indicators on a month to month basis. There is however a degree of consistency when looking over a longer time period, with both NBS and Caixin export indices remaining above 50 (the zone signalling expansion) for each month in 2017, having swung positive from a state of contraction (below 50) in 2016 on the back of a weaker renminbi and stronger global economy.   With both headline numbers above 50 and the most important sub-indices showing continued strength, we view this batch of data holistically as pointing towards a Chinese economy in good health.
Three weeks on from losing the presidency, South Korea’s former President Park Guen-hye was placed under arrest, after a warrant was issued by a court order. Park now becomes the third former Korean president to have been arrested over criminal accusations, following the decision by a constitutional court to uphold parliament’s vote to impeach her back in December. The local stock market was unchanged on the news, though finished the week down 1%.
The Bank of Thailand held interest rates flat at 1.50%, in line with expectations. Policymakers revised up their expectations for 2017’s GDP growth rate for the Thai economy from 3.2% to 3.4% YoY, with a further acceleration to 3.6% anticipated in 2018. However, the forecast inflation was revised down to 1.2% for the year from 1.5% previously; a dovish signal.   Given that the domestic economy is showing signs of acceleration, export strength is returning, and the US looks set to deliver multiple further rate hikes this year, we view the Bank of Thailand’s dovishness as slightly optimistic. The BOT’s long term track record for raising interest rates in synchronisation with the Fed (perhaps fearing the pattern of capital outflows and currency depreciation which led to the 1990’s East Asian Crisis, in the same way the thinking of the Bundesbank was shaped by the need to avoid hyperinflation at all costs) supports this view.

LATIN AMERICA
MSCI Lat Am 2,611 -0.40%
Brazil’s current account posted a deficit of USD 0.9Bn in February, down from USD 5.1Bn in January. The reduction in the deficit vs 2016 is due to a larger trade surplus. The weak economy and currency in 2016 weighted on imports, while strong commodity prices helped exports. The balance of payments as a whole posted a surplus of USD 1.2Bn in February, as foreign direct investment totaled USD 3.0Bn. Brazil’s core retail sales (excluding vehicles and construction material) disappointed, dropping 0.7% MOM and 7% YOY sustaining the declining trend seen since 1H15.
Colombia’s central bank cut the target rate by 25bps to 7% arguing that inflation has slowed for 7 consecutive months and that recent data points to a weakening economy in Q1. The balance of the vote, with 4 board members in favour, 1 preferring to hold and Finance Minister Cardenas opting for a cut of 50bps, maintains the expectation of further cuts in coming meetings.
Mexico’s unemployment rate fell to 3.46% in February, its lowest level since 2007.   This data point doesn’t capture the lagged effect of falling industrial and consumer confidence. Even before Trump’s election, the US and thus Mexican economy were closer to the peak of their cycle, thus we see this as a backward-looking indicator rather than forward-looking one. Mexico’s Central Bank decided to hike the reference rate by 25bps, from 6.25% to 6.50%, underscoring its commitment to keep inflation expectations well-anchored after the 20% fuel price increase in January (removal of subsidies) and the MEX depreciation. In the concluding remarks of the statement, the central bank explicitly mentioned the 25-bp rate increase of the Fed as one of the reasons for the decision to hike.

AFRICA
MSCI Africa 793 -8.00%
South African President Zuma announced that he had made sweeping changes to his cabinet. The most important announcement was that he has chosen to dismiss Pravin Gordhan as finance minister, replacing him with former Home Affairs Minister Malusi Gigaba.   This is a staggeringly bold and destructive move, reflecting Zuma’s increasing nervousness as the window of political authority that he holds is narrowing. The consequences of this move are:

The ZAR depreciated 8% over the past week reflecting the increasing political uncertainty and the clear negative for markets of Gordhan’s removal. Like the “Nenegate” in December 2015, if SA institutions stand still against this state capture, this can be the beginning of a new area for Africa’s most developed economy.
South Africa Credit Extension growth slowed to 5.3% YOY in February from 5.5% YOY in January. However, there was a large dichotomy between the industrial and consumer credit cycles. The Corporate credit grew 9.6% YOY, while household credit growth slowed to 0.4% YOY. Household credit continued to tighten as banks’ appetite to lend to consumers remained low but there are also fewer consumer credit applications coming through the banking system.  As always the industrial cycle rebounds before the consumer cycle. This usually indicates a cyclical rebound of the economy (also supported by FX/terms of trade and inflation data).
The International Monetary Fund (IMF) is urging Nigeria to introduce immediate changes to its exchange rate policy. “Much more needs to be done, the country’s recent reform plan is not enough to drag its economy out of recession”, the IMF said in the report. The document also said Nigeria should tackle its over-dependence on oil, low government revenues, large infrastructure deficit, a rising debt service and double-digit inflation (18% in February).
In Ghana, the steady decline in inflation left room for the reduction in policy rate by 200bps to 23.5%. Headline inflation declines from 17.2% in September 2016 to a 3-year low of 13.2% in February 2017. Inflation expectations across the consumer, business and financial sectors decline, reflect positive sentiment about economic and industrial prospects.  Ghana’s fiscal deficit slippage and a lack of clarity from the new president on economic policies remain areas of concern to us. However, the oversight of the IMF and the recent stabilization of the currency (thanks to a sound monetary policy of high real interest rates) open room for risk premium contraction and provide an improving macroeconomic backdrop, for the first time in many years in Ghana.