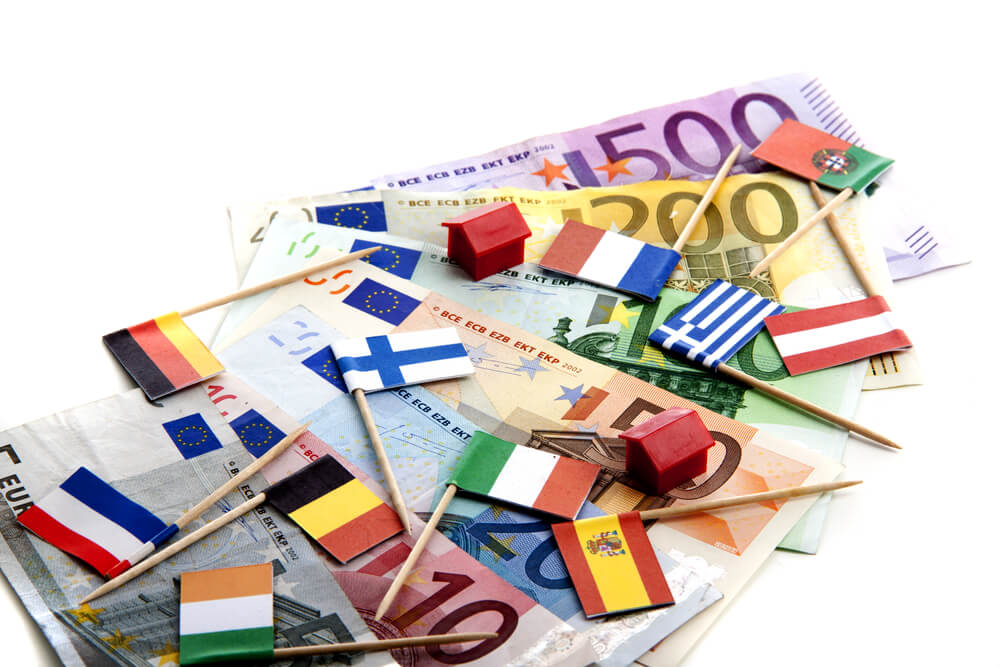 The MSCI Europe Index returned 3.0% in the week to 15 April as corporate earnings surprised positively and better Chinese data gave rise to optimism about the health of the global economy.

Italian lenders rallied sharply after the country’s strongest banks agreed to create a EUR 5 billion rescue fund to calm investor fears about the stability of the financial sector. UniCredit, Intesa Sanpaolo and UBI Banca will contribute to a vehicle that will buy unsold shares in distressed smaller lenders forced to raise capital by regulators.

In return, the Italian government has agreed to move swiftly to bring the country’s bankruptcy laws in line with European standards. The current laws are seen as an impediment to the sale of bad loans.

Europe’s banks were also supported by positive earnings releases from some of their US counterparts. Meanwhile, mining stocks were boosted by stronger-than-expected Chinese trade data and energy stocks gained on hopes that the world’s major oil producers would agree a production freeze at a meeting over the weekend.

The UK’s FTSE 100 (+2.2%) lagged other major European markets as worries over the potential for a “Brexit” from the European Union limited gains.

The minutes of Wednesday’s meeting of the Monetary Policy Committee (MPC) showed that Bank of England policymakers believe the uncertainty is weighing on the economic recovery, as businesses delay decisions on capital expenditure and property transactions until after the 23 June referendum. All nine MPC members voted to keep rates at their current record low.

Earlier in the week, the International Monetary Fund warned that a “leave” vote by the UK could cause “severe regional and global damage”, disrupting trade relationships and creating “major challenges” for both the UK and the rest of Europe.

The MSCI Pacific Index surged 5.3% in the week to 15 April, helped by a better performance for Japan and encouraging Chinese data.

Japan’s Topix bounced 5.7% as stronger global sentiment and a weaker yen lifted export stocks. Ahead of its policy meeting at the end of the month, the Bank of Japan reiterated that it still had scope to increase its monetary stimulus efforts to fuel inflation.

Singapore’s Straits Times rose 4.1% as investors welcomed an unexpected policy move from the Monetary Authority of Singapore. The Singaporean central bank, which uses the currency rather than interest rates to manage the economy, said it would slow to zero the pace at which it allows the Singapore dollar to appreciate, because it now anticipates that the economy will grow “at a more modest pace” in 2016 than previously expected.

Australia’s mining-heavy All Ordinaries was also up 4.1% as stronger-than-expected Chinese trade data boosted commodity prices. Australian business conditions and confidence rebounded to the highest level since October 2014 in March, according to a survey from National Australia Bank.

Hong Kong’s Hang Seng was a further beneficiary of the improved mood on China, gaining 4.8%.

US stocks rose in the week to 15 April, as sentiment was boosted by a better-than-feared start to the first-quarter US corporate earnings season. The S&P 500 rose 1.6%, while the Dow Jones Industrial Average and technology-biased Nasdaq were both up 1.8%.

Investors approached the start of the US earnings season with caution after S&P Global Market Intelligence indicated that analysts expect overall S&P 500 earnings to fall 8.1% from the same period a year ago, weighed down by a collapse in energy sector earnings following the sharp drop in oil prices over the last year.

A downbeat profit forecast from aluminium producer Alcoa, which kicked off the earnings season, added to this lacklustre mood. However, the mood became more positive after bank results topped gloomy assumptions, raising hopes that this quarter’s earnings results will not be as poor as analysts had expected.

Economic data released in the week was mixed, increasing the likelihood that the Federal Reserve (Fed) will keep US interest rates low for some time yet. The labour market remained upbeat, with initial jobless claims falling by a bigger-than-expected 13,000 to 253,000 in the week ending 9 April, while the four-week average inched down to 265,000. However, US retail sales weakened in March, down 0.3% from the previous month, due to an unexpected decline in auto sales. This news raised concerns that US consumers remain cautious despite the improving jobs market.

Meanwhile, US manufacturing production fell unexpectedly in March by the steepest rate since February 2015, while consumer sentiment softened in early April, with the University of Michigan consumer sentiment index falling 1.3 points to 89.7 in its preliminary reading for April vs. expectations for a modest improvement. Inflation fell short of forecasts, reinforcing the view that muted inflationary pressures will push out expectations for the Fed’s next rate rise, with December now a possibility.

Energy stocks were among the strongest performers in the week, supported by a surge in oil prices on hopes that producers will agree a production freeze at a meeting next week.

The MSCI Emerging Markets Index rose 3.1% in the week to 15 April, outperforming the MSCI World, which returned 2.4%.

The MSCI China was up 4.8% as sentiment was boosted by encouraging data releases. Better-than-expected trade data eased growth fears, after Chinese exports surged 11.5% year on year (y/y) in March, while imports fell 7.6%. Inflation remained at 2.3% y/y in March, according to the National Bureau of Statistics, while the economy grew by 6.7% for the same period, meeting expectations and remaining within the government’s full-year growth target range of 6.5% to 7%.

Elsewhere in emerging Asia, India’s Sensex rose 3.9% on hopes of a better monsoon this summer. Two years of deficient rainfall have pushed up food prices and weighed on demand.

Taiwan’s Taiex was up 1.9%, despite weaker-than-expected exports for March, likely due to the impact of February’s earthquake on technology production. South Korea’s Kospi rose 2.2%, helped by signs of an improving labour market, with the unemployment rate edging down to 3.8% in March.

In Latin America, Brazil’s Bovespa ended the week 5.8% higher, as support grew in congress for the impeachment of president Dilma Rousseff ahead of a vote on Sunday. Rousseff is accused of doctoring budget figures to make the government’s financial situation appear more attractive. Mexico’s IPC was up 1.5%. The Mexican government announced it would use most of the USD 13.6 billion it received from the central bank’s 2015 operating surplus to pay down debt for the rest of this year.

In emerging Europe, Russia’s RTS rose 2.7% despite the announcement from the Bank of Russia that the Russian economy is likely to contract by as much as 1.5% this year. Poland’s WIG rose 1.1%, while Hungary’s BUX was up 2.4%

Bonds sold off in the week amid a rise in risk assets and oil prices. 10-year yields in the US, Germany and the UK rose by 3-5 basis points, despite weaker-than-expected retail sales and industrial production data in the US.