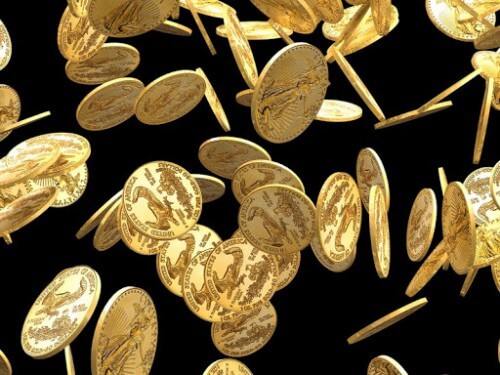 ALL THAT GLITTERS IS NOT GOLD
The saying in the title applies to the latest jobs report in the US, which was released on Friday. Although the headline labour market figures did not look as dire as the consensus estimated, the stock market’s exceptionally positive reaction to the report feels very much to be at odds with the economic reality in the US. In May, non-farm payrolls rose by 2.5 million, whilst the official unemployment rate declined to 13.3%, but remember that the number of employed people in the US is lower by almost 20 million since February. Although this crisis is not the same in nature as the Great Financial Crisis (GFC) was, it is one of the very few reference points we have. At the time of the GFC, it took about 3.5 years to recoup the economic losses in terms of real GDP in the US. As the S&P 500 is virtually flat year-to-date, the question arises whether the stock market is taking the view that ‘this time is different’ and everything is going to be fine very soon, or purely that the index itself is no longer a fair representation of the broader US economy. 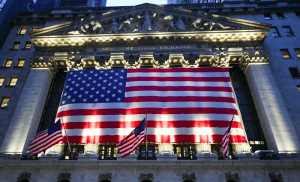 UNITED STATES
S&P 3,194 +4.91%, 10yr Treasury 0.90% +4.91% +24.25bps, HY Credit Index 413.29 -139bps, Vix 24.52 -2.99 Vol
Major US stock indices rallied during the week. The rally gained further momentum on Friday after the release of the May jobs report. The bullish investor sentiment drove the S&P 500 up 4.9% by the end of Friday, whilst the small-cap heavy Russell 2000 index gained 8.1%. Meanwhile, the US Treasury yield sharply steepened (the 2-year yield rose 5bp to 0.21%, the 10-year increased 24bp to 0.90%), whilst long-term market-based inflation expectations increased to a smaller extent (i.e. the 5Y5Y inflation swap rate increased 11bp to 1.85%) – reducing the degree of negative real rates.  The stock market rally and less negative longer-term real interest rates could signify an improvement in investor’s GDP growth expectations in the US. As the risk on investor sentiment spread during the week, the dollar weakened, as the DXY index declined 1.4%. 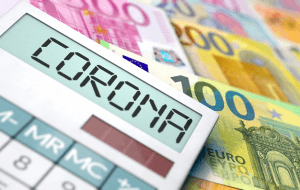 EUROPE
Eurostoxx 3,384 +12.88%, German Bund -0.43% +17.00bps, Xover Credit Index 342 -87bps, USDEUR .886 -1.78%
European stock indices embarked on a major rally during the week, when many of them registered double-digit gains. The Spanish and Italian country indices delivered were among the best performers, as both gained 12.9% in USD. They were followed by the German (+12.8% in USD) and French (+12.6% in USD) benchmarks. Investor sentiment in the Euro Area was boosted by the European Central Bank’s – unexpected – announcement that the pandemic emergency purchase programme (PEPP) would be increased in size, by EUR 600bn to a total of EUR 1350bn – running at least until the end of June 2021. The bullish sentiment was present in the sovereign debt market as well, where risk premia on periphery debt further compressed. 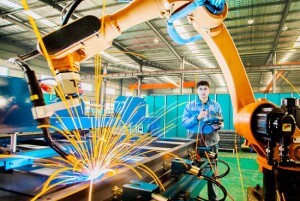 ASIA
HSCEI 10.045 +5.31%, Nikkei 23,109.42 +2.66%, 10yr JGB 0.02% +0bps, USDJPY 109.450
As global investor sentiment significantly improved, the vast majority of emerging Asian stock indices rallied during the week. Those stock markets delivered the strongest returns by the end of Friday, where investors were granted visibility on the timeline for easing the Covid-related lockdowns. As a result, the Philippine led the rally (+12.4% in USD), followed by the South Korean (+11.6% in USD) and Indonesian (+9.2% in USD) benchmarks.
The Caixin services PMI in China strongly bounced in May, when the index rose to 55 (from 44.4 in April). Business sentiment was boosted by the lifting of restrictions on entertainment services (e.g. gyms, museums, etc.) as well as a pronounced increase in new, domestic orders.
PMIs in India showed a sequential improvement in economic activity. The manufacturing PMI rose to 30.8 in May (from 27.4 in April), whilst the services PMI improved to 12.6 (vs. 5.4 in April). The resumption of certain businesses in May, particularly those in lower-risk ‘green’ and ‘orange’ zones, provided a small nudge to the indices.
The manufacturing PMI for the ASEAN region rose to 35.5 in May, up from April’s 30.7. The Malay index showed the greatest improvement, as it increased sharply to 45.6 in May (vs. 31.3 in April). Indices in Vietnam (42.7 in May), Thailand (41.6 in May) and the Philippines (40.1 in May) bounced as well, marking that the downturn in the cycle could come to an end in 2Q20. Meanwhile, the index in Indonesia remained broadly unchanged, as it registered at 28.6, given stringent mobility restrictions remained in place throughout the month.
CPI inflation in South Korea turned negative in May, when consumer prices declined 0.3% YoY. The sharp fall in crude oil prices largely explain the phenomenon of deflation, as oil product prices fell 18.7% YoY in May. Meanwhile core inflation, which strips out the impact of oil prices, was 0.5% YoY – broadly stable compared with previous months.
After inflation in Pakistan reached a peak of 14.6% YoY in January, May marked the fourth consecutive month of deceleration, when consumer price inflation was 8.2% YoY. The disinflationary trend for overall consumer prices continued, driven primarily by the pass-through effects of falling global oil prices. 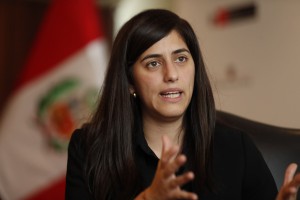 LATIN AMERICA
Stock markets in Latin America enjoyed a major improvement in investor sentiment, as most indices registered a double-digit gain by the end of Friday. The Brazilian stock index outperformed most of its regional peers, as it rose 17.8% in USD.
Industrial production in Brazil sharply declined in April, by 27.2% YoY. The decline in industrial activity could continue, according to the latest manufacturing PMI figure, which was 38.3 in May. Meanwhile, the services PMI was 27.6 in May. Both indicators were broadly in line with the April numbers, indicating that the Brazilian economy could have reached its bottom in April-May. According to the commentary, firms remain ‘negative overall about activity over the coming year as fears mount over the longer-term impact of COVID-19.’
Economic activity in Chile weakened in April, when the monthly GDP proxy index declined 14.1% YoY reflecting the economic fallout from the coronavirus pandemic. The sharp decline was led by non-mining activities, which contracted 15.5% YoY. The weakness reflects the combined effects of the nationwide containment and isolation measures, a decline in global demand, falling commodity prices and the lingering effects of the social crisis that started in October 2019.
The Minister of Economy and Finance in Peru reported that budgetary expenditures in response to the coronavirus pandemic reached PEN 110bn (about USD 32bn; 14.5% of GDP) at the end of May. The relief layouts were categorised into four areas: emergency assistance (ca. 2.5% of total), support for families (ca. 20.4% of total), support for companies (ca. 11.4% of total) and reinforcement of the chain of payments and support to the economy (ca. 65.7% of total). According to the Minister, the remaining amount of 2.5% of GDP will be devoted to the reactivation of the economy. 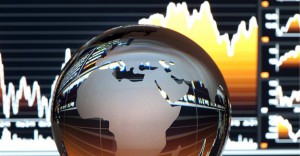 AFRICA
The improvement in global investor sentiment spilt over into African stock markets, where most indices gained by the end of Friday. In this context, the South African benchmark delivered one of the best performances within the region during the week, as it rose 12.4% in USD.
According to the latest PMI figures, business conditions in most African economies continued to deteriorate in May, due primarily to the ongoing social distancing rules and stringent mobility restrictions. As a result, PMIs remained below 50, strongly implying further economic weakness on the continent:

Egypt and the International Monetary Fund (IMF) reached a staff-level agreement on a USD 5.2bn stand-by arrangement (SBA) that aims to alleviate the economic impact of Covid-19. The one-year SBA follows the USD 2.8bn in emergency financing that the North African nation secured last month under the fund’s Rapid Financing Instrument. The SBA ‘will safeguard the gains achieved by Egypt over the past three years and put the country on strong footing for sustained recovery as well as higher and more inclusive growth and job creation over the medium term,’ according to the IMF’s mission chief for Egypt. The country raised USD 5bn in May in its largest-ever issuance in international bond markets and the country is also seeking to secure USD 4bn from other international financial institutions.
This week’s global market outlook is powered by Alquity www.alquity.com

Kyle Drake is Promoted to Consultant