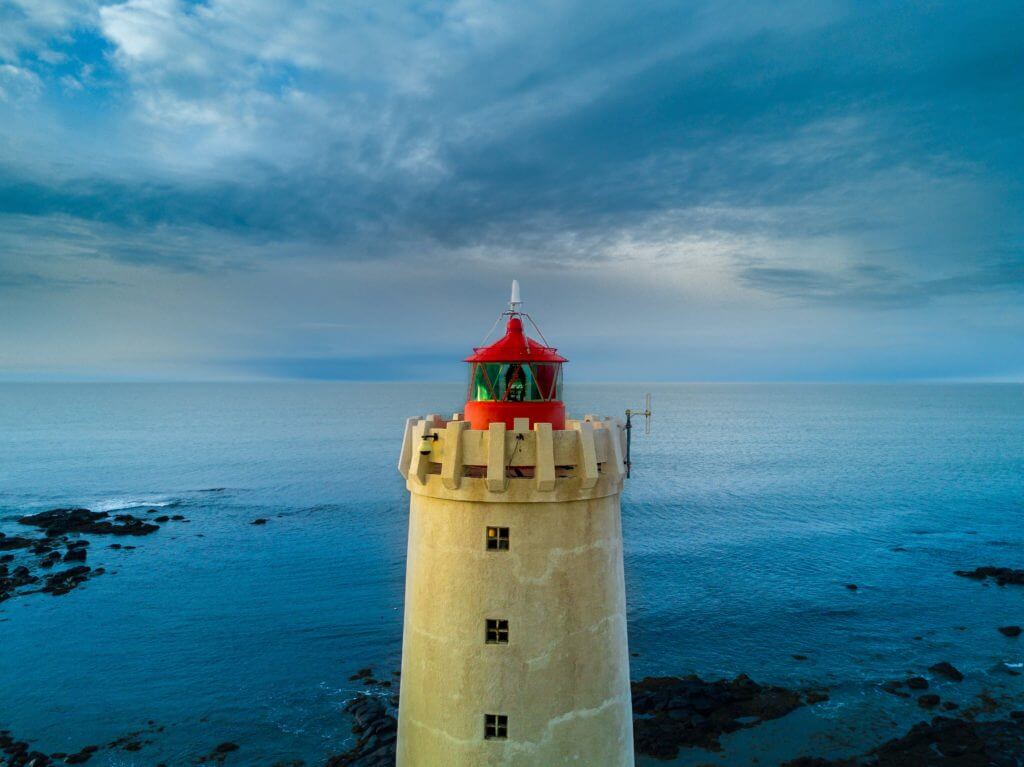 UNCHARTERED WATERS
Over the weekend and in the coming week, a number of events could impact the short-term direction of travel for markets:

UNITED STATES
S&P 2,691 -2.04%, 10yr Treasury 0.00% +0.37bps, HY Credit Index 4 +14bps, Vix 3.10 -.26Vol
US stocks recorded losses and bond yields finished more or less unchanged as investors continued to pour over every data and news release to settle their conviction in this new market regime.
New FED Chair Jerome Powell spoke publically on 2 occasions. On Tuesday before the House Financial Services Committee he was interpreted as hawkish, stating that economic conditions had improved significantly and that some headwinds (such as fiscal policy) had become tailwinds. As such he and his colleagues were “going to be taking the developments since the December meeting into account and writing down our new rate paths.” This prompted the US 2-year to touch a 9-year high yield of 2.27% and for investors to question whether the FED could deliver 4, rather than 3, rate hikes this year – something that, later in the week, Bill Dudley of the NY FED said could be consistent with a still gradual normalisation of policy. On Thursday, Powell then appeared before the Senate Banking Committee, when he was seen as more dovish.
Also on Thursday, Donald Trump declared an intention to impose tariffs amounting to 25% on steel and 10% on aluminium imports (likely to kick in this week). The direct effects will be minimal; imports of the 2 metals combined only represent 2% of goods imported, however, markets fell sharply after the announcement on concern this could unleash a raft of “tit-for-tat” anti-trade policies. Indeed, on Saturday the POTUS said he would increase taxes on European cars if the EU retaliated to his new tariff, tweeting:  “If the EU wants to further increase their already massive tariffs and barriers on US companies doing business there, we will simply apply a Tax on their Cars which freely pour into the U.S. They make it impossible for our cars (and more) to sell there.”
From a data perspective, Q4 GDP growth was revised slightly lower and house price data and durable goods were modestly weaker. However, the ISM manufacturing index hit a 14 year high.

EUROPE
Eurostoxx 0 0.00%, German Bund 0.00% -0.50bps, Xover Credit Index- 1 -8bps, EURUSD- 542.200 -1.01%
European equities underperformed their US peers and bond yields declined ahead of the weekend’s political events.
In Germany, 66% of the SPD’s rank and file membership voted to back a grand coalition with Angela Merkel’s CDU, which helps bring 5 months of political uncertainty to an end.
In Italy, exit polls and initial data suggest a hung parliament with a surge in support for Silvio Berlusconi’s centre right “Forza Italia” and the Eurosceptic Five Star and Northern League parties. The incumbent centre-left party of Matto Renzi has therefore suffered a crushing defeat. The precise implications will be unclear for a while, as we await final results and the winning parties jockey for position. However, the extent of division and support for populism is significant for Italy and Europe. The only way to avoid political stalemate is a coalition between the 2 staunchly anti-Europe parties and Berlusconi, but the Five Star Movement and the Northern League have previously ruled this out. In any case, the result will be seen as another vote of no confidence in the EU project. As one Italian newspaper has summarised it this morning “che bordello” (“what a mess”).
From a data perspective, HICP inflation for the Eurozone in February came in line with expectations at 1.2% YOY. Meanwhile, in the UK consumer confidence and the manufacturing PMI both declined. This included saving intentions by households reaching the highest level since September 2008.
Central banks in Israel and Hungary left rates unchanged at 0.10% and 0.90% respectively, whilst the NBU in the Ukraine raised rates by 100bps to 17.0%.

ASIA
HSCEI 2,155 -0.20%, Nikkei 6,563.00 -1.15%,10yr JGB 0.02% +0bps, USDJPY- .010 -0.80%
Asian equity markets were down last week with few exceptions, on the back of negative global sentiment and US protectionist concerns. Hong Kong H shares led the way, falling -4.25%.
China’s February PMI data offered little in the way of meaningful conclusions, with Chinese New Year seasonality still washing through the system. The official NBS Manufacturing PMI fell to 50.3 from 51.3 in January. Conversely, the unofficial Caixin Manufacturing PMI showed a minor increase month on month, rising from 51.5 to 51.6.
India’s economy grew quicker than expected during the final three months of calendar year 2017, expanding at a rate of 7.2% YOY, up from a revised growth rate of 6.5% for the previous quarter. This was the fastest quarterly growth rate recorded since the government’s demonetisation programme was implemented in November 2016. Growth in investment was the standout contributor, which accelerated to 13% YOY, up from 9% the previous quarter.
Bank of Korea left interest rates on hold at 1.50%, in line with expectations. Perhaps more significantly, central bank governor Lee Ju-yeol was reappointed for a second term, the first time a second term has been given to a head of the Korean central bank since the 1970s.
This unexpected move by the President to stick with his predecessor’s appointee, favouring policy stability over and above traditional practice, has been interpreted as an outcome of the more pragmatic policy approach that President Moon has pursued since coming to power last year.
Inflation in Indonesia softened slightly in February, printing at 3.2%, down from 3.3% the previous month. Core inflation also contracted slightly, to hit an all-time low of 2.6%. Lower food costs were among the key disinflationary forces.
Despite low inflation, Indonesia’s central bank is expected to leave rates unchanged in the short to medium term, while awaiting for the full effects of the eight rounds of interest rate cuts that it has delivered since the beginning of 2016 to take full effect.

LATIN AMERICA
MSCI Lat Am 3,208 -2.36%
Brazil’s 4Q17 GDP growth reached 2.1% YOY, bringing the annual GDP growth to 1.0% YOY in 2017, the best annual pace since 2013.
Mexico’s GDP growth slowed down in 2017 to 2% (from 2.9% in 2016). Consumption and industrial production were held back by uncertainty, (with NAFTA renegotiation and the forthcoming presidential elections standing out as key risks) and the doubling of inflation (lowering real wages).
The deceleration trend worsened as the year advanced with:

On the positive front, Mexico’s current account deficit (CAD) narrowed significantly in 2017 to USD 18bn (1.6% of GDP), from USD 22.8bn (2.1% of GDP) in 2016, given a record-high non-energy trade surplus (driven by the pick-up of the US economy), a smaller net income deficit (reflecting lower profit remittances from foreign firms operating in Mexico), and solid remittances (supported by stronger U.S. economy and a weaker MXN).
Peru’s GDP growth also weakened in 2017 to 2.5% YOY (from 4% in 2016), battered by idiosyncratic shocks such as El Niño (affecting natural resource sectors and inflation causing a negative wealth effect) and corruption scandals. Despite the potential lingering on of the political stalemate, Peru is expected to resume its growth trajectory towards 4% (long-term potential GDP growth rate).
Fiscal and current accounts remain well under control:

Peru’s CPI growth slowed to 1.2% YOY in February (1.3% in January), standing close to the lower limit of the target range (1.0% – 3.0%) for the first time since May 2010. This print came in below expectations for a 6th consecutive month, amid a negative output gap and a normalisation process of food prices (after last year’s El Niño) that has not fully run its course yet.
Colombia’s 2017 current account deficit reached USD 10.36bn in 2017, its lowest annual level since 2011. The CAD decreased from 4.3% of GDP in 2016 to 3.3% last year, a minimum not observed since 2013, the year before the oil price collapsed. Higher commodity prices, a gradual recovery in activity of Colombia’s main trading partners boosted exports, while sluggish domestic demand tamed imports. Net FDI inflows of USD 14.5bn fully covered the CAD last year for the first time since 2012. The freely-floating currency played its role fully during this period and the economy is now towards the end of the adjustment process.

AFRICA
MSCI Africa 1,018 -4.79%
South African president, Cyril Ramaphosa, made sweeping changes to his cabinet this week. The key offices of treasury, public enterprises and mining will be occupied by well-respected and trusted hands; Nhlanhla Nene returns as finance minister, more than two years after his firing rocked the rand, Pravin Gordan, a former finance minister, was appointed to public enterprises to manage the sensitive SOES, and Gwede Mantashe, the former secretary general of national union of mine workers, heads the ministry of mines.
A few acolytes of former president Jacob Zuma remain in the cabinet, albeit with a reduced mandate, and driven by need to keep the party united. Nonetheless, Ramaphosa has so far weathered the constraints of his marginal victory to make decisions that should be positive for the economy. It is expected that Moody’s will retain the country’s investment rating later this month.
Moving to data prints: