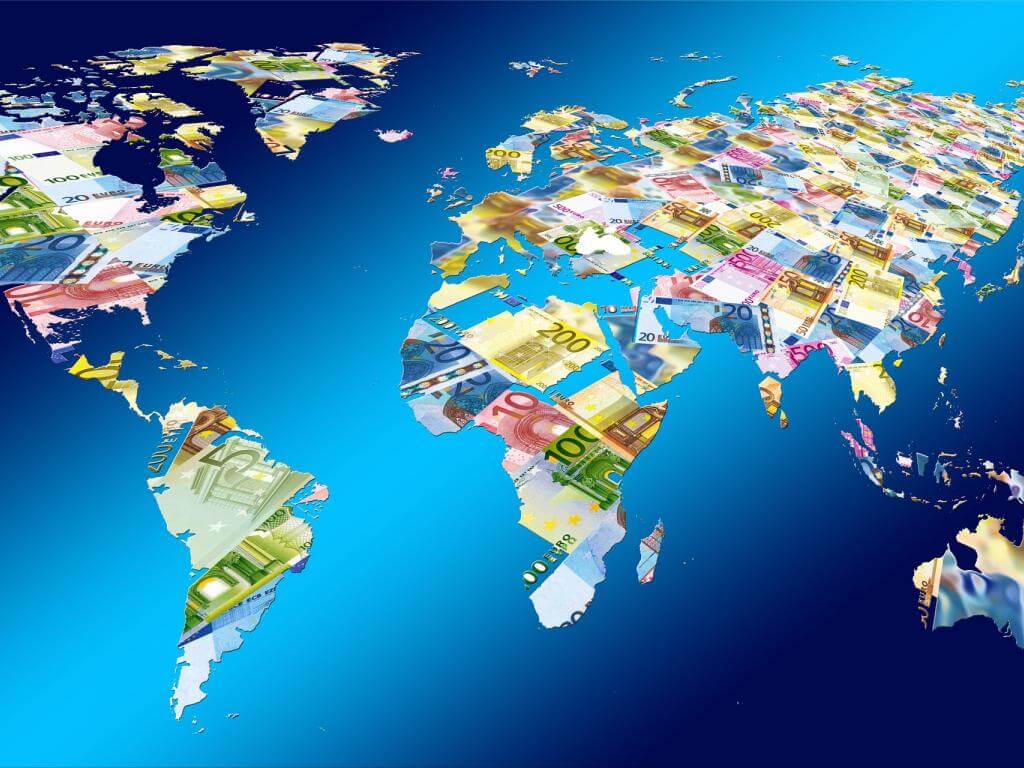 CENTRAL BANKS TO CONTINUE TO AID THE AILING ECONOMY
Last week we got to know the initial impact of social distancing, lockdowns and business closures on the developed economies. Real GDP in the US contracted 4.8% in annualised terms in 1Q20, as both consumer spending and investment activity significantly weakened. Meanwhile, real GDP in the Euro Area fell 3.3% YoY. From a country standpoint, Spanish GDP contracted 4.1% YoY, Italy’s GDP declined 4.8% YoY, whilst the French metric decreased 5.4% YoY. The figures by Germany and the UK are yet to be released. Forward-looking indicators, such as the ISM in the US or PMIs in Europe, suggest that economic activity in the developed world could significantly further weaken in 2Q20.
Central bankers spoke up during the week after their scheduled monetary policy meetings. Fed Chair Powell said that the FOMC would keep the Fed funds target range at 0.00-0.25% until the Committee was confident that the economy had ‘weathered recent events’ and added that the FOMC would ‘not be in any hurry.’ ECB President Lagarde announced a new series of pandemic emergency longer-term refinancing operations to support liquidity conditions and to provide a liquidity backstop to banks, whilst keeping the key policy rates stable and asset purchases running. The Bank of Japan continued to add layers of policy supports for the economy by maintaining a broad scope for asset purchases. Therefore, all three major central banks reiterated their intention to provide as much support as possible.
Despite central bankers’ efforts to calm financial markets and smooth asset price volatility by extending and expanding the range of monetary support, while investors may face a challenging week. On Friday, the April US jobs report will be released, which is expected to show an unprecedented increase in the number of jobs lost and a skyrocketing unemployment rate.

Stock markets in the US delivered a mixed performance during the week. The two flagship indices were broadly flat (the S&P 500 was down 0.2%, whilst the Nasdaq Composite declined 0.3%). By the end of Friday, the trade-weighted dollar index (DXY) weakened 1.3%, reducing the year-to-date gains to 2.8%. Meanwhile, the short-end of the US Treasury curve slightly eased (the 2-year yield by 3bp to 0.19%), whilst the back-end of the curve remained largely stable (the 10-year was up 1bp to 0.61%).

ASIA
HSCEI 10,041 +3.99%, Nikkei 19,619.35 +2.50%, 10yr JGB -0.02% 0bps, USDJPY 106.780 -0.63%
The majority of Asian stock markets gained during the week. The Indian Nifty 50 index delivered one of the strongest returns within the region, as the benchmark rose 9.4% in USD. The Indian index was followed by the Indonesian (+8.7% in USD) and the Taiwanese (+7.4% in USD) markets.
Both the official manufacturing and non-manufacturing PMIs signalled the continuation of the economic normalisation in China, as they were 50.8 and 53.2 in April, respectively. The two indices were consistent with each other, as both suggested that domestic demand strengthened relative to March, whilst external demand further contracted. Meanwhile, the Caixin manufacturing PMI sank to contractionary territory at 49.4 in April, due to a collapse in new export orders. Since the composition of the official and the Caixin indices are different (i.e. the Caixin index has a greater focus on export-orientated companies), the impact of a weakening external demand weighed on the headline Caixin PMI which was larger than on the more domestically-orientated official index.
Vietnam released its monthly macroeconomic indicators for April, which were significantly impacted by the disruptions brought about by the coronavirus. Industrial production contracted 10.5% YoY in April, as manufacturing mining activity weakened on a broad basis (-11.3% YoY). Lower industrial production translated into a 3.5% YoY fall in exports in April. Despite the setbacks in industrial production and exports, Vietnam registered a trade surplus of USD 3.3bn since the beginning of year until April. Meanwhile, consumer price inflation softened to 2.9% YoY, falling below the central bank’s 4% inflation target. The disinflation was induced by the steep decline in transport costs.
Real GDP growth in Taiwan contracted 1.5% QoQ in 1Q20, which translated into a 1.5% growth in annual terms. This is the weakest reading since March 2016. The deterioration in economic activity was predominantly due to the decline in household spending, which faced significant constraints as social distancing and the lockdown came into effect.
Industrial production in South Korea rose 7.1% YoY in March, following a 11.4% YoY gain in February. The growth spurt in February and March was primarily driven by auto and semiconductor production. Later, foreign trade statistics were released, which highlighted that exports fell sharply by 24.3% YoY in April, as the coronavirus outbreak dampens global demand. The weakness was broad-based (including autos and oil products).

LATIN AMERICA
Investor sentiment in Latin America significantly improved during the week, as the vast majority of the regional stock indices bounced. As a result, the Chilean (+10.9% in USD), Brazilian (+10.3% in USD) and Mexican (+9.6% in USD) benchmarks significantly gained.
In Chile, the labour market weakened, as the unemployment rate rose to 8.7% in 1Q20, from 7.7% a year ago. Furthermore, retail sales volume sharply declined (-14.9% YoY), whilst industrial production slightly increased (+0.8% YoY) in March.
Real GDP in Mexico declined 1.6% YoY in 1Q20, due to the adverse economic impact of the coronavirus outbreak. According to the details, industrial activity contracted sharply, by 3.8% YoY, whilst the performance of the services sector decreased by 1.4% YoY in 1Q20.
President Vizcarra in Peru announced that the economic lockdown would be lifted in four monthly phases between May and August, unlocking 10% of the economy in each phase. The President also announced that individual access to private pension funds will be increased.
The Colombian central bank reduced the key policy rate by 50bp to 3.25%, whilst reinforcing liquidity measures. The Monetary Policy Council opted for further loosening in financial conditions, due to the expected deterioration in domestic economic activity. The Governor of the central bank suggested that further easing measures could be in the pipeline.

AFRICA
The Egyptian Hermes index delivered one of the strongest returns in Africa during the week, as the benchmark rose 5.1% in USD. Meanwhile, the South Africa TOP 40 index increased 4.6% in USD.
The South African government announced that it will seek USD 5bn from the IMF and other multilateral lenders to contribute towards the USD 26.6bn (ca. 10% of GDP) COVID-19 economic rescue package. The IMF responded that South Africa is eligible to apply for up to USD 4.2bn. Later in the week, credit rating agency S&P lowered its long-term foreign-currency rating on South Africa to BB- from BB. S&P stated that ‘the COVID-19 health crisis will create additional and even more substantial headwinds to GDP growth, owing to a strict five-week domestic lockdown, the markedly weaker external demand outlook, and tighter credit conditions.” Moody’s also cut its expectation of South African economic growth to a GDP contraction of 6.5%. Moody’s rationale is akin to S&P but adds that in the future it expects the proposed rescue package to weaken public finances and the government’s ability to support state owned firms.
Kenya’s central bank cut its benchmark lending rate to 7.0% from 7.25%. The bank said the change is due to the unfavourable economic outlook caused by COVID-19. Furthermore, Kenya’s central bank adjusted its March forecast of economic growth from 3.4% down to 2.3% YoY this year. The GDP growth projection for 2021 was more optimistic stipulating a rebound to 5.2% – if the virus containment measures ease by the second half of this year.
The IMF approved USD 3.4bn of emergency financial aid for Nigeria. The loan is to be repaid within 5 years at a 1% interest rate. There are no usual IMF conditionalities attached to the financing. However, a letter requesting the loan, co-authored by the finance minister and governor of the Nigerian central bank, states an intention to achieve a unified exchange rate and pledges no further currency controls. The IMF has pushed for these reforms for many years because the complexity of a multiple exchange rate system has deterred foreign investment. In the past the Nigerian authorities have agreed to carry out these reforms, only to backtrack on the commitment.
This week’s global market outlook is powered by Alquity www.alquity.com