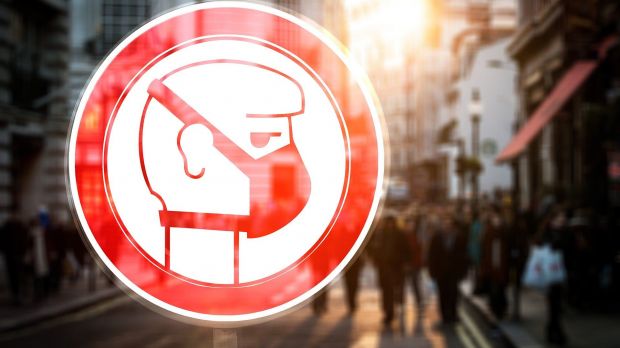 CORONAVIRUS-INDUCED UNCERTAINTIES DRIVE MARKETS
The coronavirus (2019-nCoV) related fears have been spreading globally and dominating headlines. At the time of writing, the number of infected was reported over 15,000 with a mortality rate of approximately 2% (according to the Wall Street Journal). Relative to the SARS in 2002-03, the 2019-nCoV has been spreading faster, whilst the mortality rate remains significantly lower. In reaction to the coronavirus-related news flow, global investor sentiment has been turning increasingly risk-averse. Consequently, stock markets declined during the week, whilst government bond yields eased, as investors sought safe assets. There was also a sharp decline in the Chinese stock market when it reopened Monday morning after the Lunar New Year holiday period. Other markets also exhibited risk-averse behaviour, such as the crude oil market, where Brent prices have now fallen almost 15% since the start of the Lunar New Year holidays. In order to provide a cushion to the economy and the market, the PBoC injected a large amount of liquidity this morning. Meanwhile, the global economy kept stabilising in December and January, according to the latest soft and hard macroeconomic indicators.

UNITED STATES
S&P 3,226 -2.12%, 10yr Treasury 1.53% -17.71bps, HY Credit Index 305 +11bps, Vix 18.67 +4.28Vol
The coronavirus-related uncertainties and fears triggered a textbook ‘flight to quality’ reaction by the broad market in the US, which meant the vast majority of the stock indices declined with the S&P500 down 2.1%, whilst the whole US Treasury curve shifted downwards (the 2-year yield dropped 18bp to 1.33% as well as the 10-year yield, to 1.53%). As opposed to the Chair’s verbal guidance on rates, the Fed funds futures market expects at least one firm 25bp rate cut in the second half of the year.
Real GDP grew 2.1% annualised in Q4 2019, broadly in line with consensus expectations. The main significant support for GDP growth was a 1.8ppt contribution from net exports. Housing investment grew 5.8%, whilst household spending increased 1.8% in annualised terms. In contrast, business fixed investment contracted, whilst companies significantly reduced their inventories. Full-year GDP growth was 2.3% in 2019.
The median of the consensus stipulates that the US’ economy could grow 1.8% in 2020, which is below the IMF’s projection of 2%.

ASIA
HSCEI 10,268 -6.62%, Nikkei 22,971.94 -1.80%, 10yr JGB- 0.06% 0bps, USDJPY 108.530 -0.82%
Due to the coronavirus-induced fears, stock markets in emerging Asia declined across the board. In this environment, the Bangladeshi (-1.3% in USD), the Pakistani (-2.3% in USD) and the Indian (-2.7% in USD) stock indices declined to the smallest extent, outperforming the vast majority of their regional peers. In contrast, Chinese “H” shares were among the weakest performers during the week, declining 6.6% in USD.
Official PMIs in China reflected on the resilience of the domestic economy. The manufacturing PMI was 50 in January, whilst the non-manufacturing PMI rose to 54.1 (a value over 50 indicates expansion, whilst below it implies contraction). According to the details, the Phase One trade deal between the US and China boosted business sentiment significantly. Domestic orders continued to climb, whilst export orders decreased in January.
Although the headline PMIs imply that (domestic) economic activity could have further strengthened in January, the indices do not take into account the potential economic impact of the coronavirus, which presents a challenge for growth in the near term. Authorities can provide fiscal and/or monetary stimulus if they deem the magnitude of the headwind significant enough.
The Indian budget was released on Saturday. The budget contained various elements, which provide stimulus to the domestic economy, such as raising the deficit target to 3.5% of GDP for FY2021, reducing and simplifying the personal income tax, increasing the infrastructure spending plan, setting an ambitious privatisation target and abolishing the dividend distribution tax.
Industrial production growth in South Korea returned to the positive range in December and delivered a surprisingly strong performance, as output grew 4.3% YoY following a long period of sluggish activity. After adjusting for seasonal effects, industrial production grew 3.5% MoM in December. Although the official breakdown is not available yet, the bounce in growth could have been broad-based, according to reports by Bloomberg.
Vietnamese macroeconomic data in January were weaker than in the previous months, as retail sales growth slowed to 10.2% YoY, industrial production decreased 5.5% YoY, whilst exports contracted 14.3% YoY. The weakness is primarily explained by the fact that the Lunar New Year holiday was in January as opposed to 2018, when the celebration took place in February. Meanwhile, inflation accelerated to 6.4% YoY in January due to sharply increasing pork prices (a consequence of the African swine flu) and an increase to domestic gas prices.
The governor of the Philippine central bank kept up his dovish rhetoric, indicating that the Monetary Policy Council could still cut the policy rate by up to 50bp (currently at 4%). The governor highlighted that inflation should remain within target for both 2020 and 2021.
The central bank of Pakistan left the policy interest rate unchanged at 13.25% for the third consecutive occasion after increasing it by 325bp in 2019. The decision was driven by the prevalence of strong price pressures. The annual rate of growth in consumer prices was 12.6% in December 2019, compared with an average increase of 9.4% for the year as a whole. The central bank also announced financing measures worth PKR 200bn (ca. USD 1.3bn) to support the merchandise exports sector. Exporting firms can obtain trade-related financing from commercial banks at discounted interest rates, reducing their borrowing costs and making them more competitive.
The stimulus package announced by the central bank, coupled with the amended Pakistan-China Free-Trade Agreement that came into effect on the 1st January, will provide a boost to exports in 2020.

LATIN AMERICA
MSCI Lat Am 2,752 -4.91%
Latin American stock markets were negatively impacted by the deterioration of global investor sentiment. The Mexican stock index declined 2.6% in USD, outperforming the majority of its regional peers during the week.
The IMF updated its GDP growth forecast for the Latin American region. The Fund sees Colombia as a country with one of the strongest GDP growth outlooks within the region, with 3.5% projected growth rate for 2020. The forecast for Peru was revised down to 3.2%, whilst the estimate for Chile was slashed to 0.9%. Meanwhile, the IMF puts Brazil’s and Mexico’s GDP growth rates at 2.2% and 1%, respectively. Argentina would remain in recession this year, according to the Fund.
US President Trump formally signed into law the United States-Mexico-Canada Agreement (USMCA). The USMCA, however, is not yet fully in force. Canada and Mexico will need to submit the updated agreement to their own legislatures for re-ratification. The agreement will only come into force 90 days after all three countries have finished their ratification procedures.
Unemployment fell in Mexico to 3.1% in December 2019 (in seasonally adjusted terms)—one of the lowest rates on record. However, the labour informality rate remained very high, at 56.1%, as the informal sector itself rose slightly, to 27.4% of total employment. Meanwhile, the flash estimate for GDP growth in 4Q19 was -0.3% YoY, bringing the full-year figure to -0.1% in 2019.
Manufacturing output in Colombia contracted 1.2% YoY in November, due to a broad-based weakness. The largest negative contribution to overall manufacturing performance came from declines in the production of pharmaceutical products and automotive. Overall manufacturing growth was 1.3% YoY between January and November 2019.

AFRICA
MSCI Africa 751 -5.32%
Despite the decreasing global risk appetite, the Egyptian stock market climbed 2% in USD during the week. As opposed to the Egyptian market, the South African benchmark declined 5.9% in USD, as the impact of the global risk-aversion was amplified by local idiosyncratic developments.
Growth in private-sector credit extension slowed to 6.1% YoY in December, the smallest rise since March, according to the South African Reserve Bank. Household borrowing growth eased to 6.3% YoY in December, reflecting increased pressure on household budgets, stemming from high unemployment and weak job creation. Business borrowing decreased to 6% YoY in December.
Although full-year credit growth climbed to 6.8% in 2019 (its highest level for three years), it failed to translate into more rapid real GDP growth, which dipped to a provisional 0.4%, because of drought and power shortages.
The central bank of Nigeria decided to raise the reserve requirement ratio by 500bp to 27.5% in an attempt to tie up excess liquidity in the domestic money market. The central bank’s main policy rate was left unchanged at 13.5%. According to the Monetary Policy Committee, the main policy rate could be hiked in the not too distant future to attract a higher amount of portfolio flows in order to keep the exchange rate stable.
The central bank of Kenya trimmed the benchmark interest rate by 25bp to 8.25%, two months after making a 50‑basis‑point reduction. The central bank found room for policy manoeuvre, since consumer price inflation remained within the 2.5-7.5% target band in December, at 5.8% YoY.
If inflationary developments remain benign, the central bank can deliver further rate cuts in 2020 to provide boost to the domestic economy.
This week’s global market outlook is powered by Alquity www.alquity.com