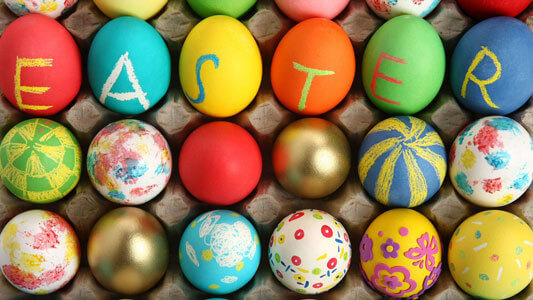 WALKING ON (EASTER) EGGSHELLS
Last week, the trend of more volatile asset prices continued. At first glance, it might appear “bad luck”; that markets are being buffeted by an unusual number of idiosyncratic news items. However, this could be put down instead, to a symptomatic of a change in regime as, mostly in the US, later cycle dynamics, which include tightening monetary policy and labour markets, bring an end to 18 months of “Goldilocks” economic data. This more uncertain macro picture, coupled with rich valuations, leaves investors more sensitive to negative headlines.
Notwithstanding the importance of the US to the global economy, there is a more constructive outlook on a number of emerging markets (Latin America, Egypt, South Africa, India), where macro tailwinds remain.
This week we have the March employment report in the US. Consensus expects average hourly earnings to come in at 2.8%. A print above 3% would in our view drive Treasury yields higher.

UNITED STATES
S&P 2,582 +2.03%, 10yr Treasury 2.75% -7.46bps, HY Credit Index 369 +16bps, Vix 23.13 -4.90Vol
Higher levels of realised volatility for US equities (above 30% for the week) continued this week with a 2.72% gain on Monday (best day since summer 2015 after reports that the US and China are in constructive negotiations on trade) and additional large moves on Tuesday and Thursday. These dislocations extended to fixed income where the Treasury curve flattened significantly; the 10-year touching its lowest yield in almost 2 months and the spread between the 2 and 10 year falling to 47bps on Friday, the tightest since 2007. Moreover, credit markets saw a “decompression” with high yield bonds underperforming investment grade.
After steepening early in the year, suggesting fixed income investors were buying into the possibility of an extended cycle of growth in the US, the flattening of the yield curve over the past 6 weeks has been significant. At a minimum, it is incongruous with equity valuations, which are near all-time highs.
It goes without saying that the technology sector has been central to equity returns over the past few years. The underperformance of the last few weeks has therefore been remarkable, and it is worth summarising some of the main news items:

Elsewhere, the US expelled 60 Russian officials and closed Russia’s consulate in Seattle. This was in response to the attack on a former spy in the UK and means 25 nations have now expelled Russian diplomats in the last few weeks.

EUROPE
Eurostoxx 3,341 +1.34%, German Bund 0.52% -3.00bps, Xover Credit Index 289 -6bps, USDEUR .812 +0.28%
European markets tracked their US peers, with equities modestly higher and the yield on the German Bund more or less erasing it’s gains for the year. This was despite German unemployment touching a post reunification low of 5.3% in March, albeit German inflation came in lower than expected. Both the EUR and GBP gave back some of their recent gains against the USD.
At the single stock level, Renault shares hit their highest level since the financial crisis after rumours that their alliance with Nissan could progress to a full-scale merger. The biggest impediment to a deal is likely the French state’s shareholding.
The NBH in Hungary left rates on hold at 0.90% and retained its dovish bias. Meanwhile, in a series of speeches on Saturday, Turkish President Erdogan delivered another attack on monetary policy stating that high rates are the source of “every evil in an economy… the interest rate is both the mother and the father of the inflation… those who don’t know this, they should. Anyone attempting to act against this would find me facing them.”

ASIA
HSCEI 12,125 -1.11%, Nikkei 21,292.29 +2.89%, 10yr JGB 0.03% +0bps, USDJPY 106.080 +1.48%
A scandal surrounding the sale of public land to an ultra-nationalist, private school operator has renewed pressure on Japanese PM Shinzo Abe, with his approval rating sliding to 36% according to a Nikkei survey. It is not out of the question that Abe could be forced to resign. Elsewhere, the BOJ’s purchases of equity ETFs hit a record in March, with JPY 831.1bn (USD 7.8bn) of purchases as of the 28th across 11 separate operations. This serves as a reminder of the unprecedented support provided by Japan’s central bank, which effectively props up equity markets whenever they decline. Monetary Policy gone mad!
China’s President Xi continues to press on with incremental economic reform measures and policy calibration following his ascent to Mao-like status last month with his successful abolishment of presidential term limits.
Last week, the Chinese government announced tax cuts for targeted sectors of the economy, as part of ongoing efforts to support advancement in key areas where China is attempting to build globally leading capabilities. VAT was cut from 17% to 16% for manufacturing and from 11% to 10% for telecom, with a view to stimulating greater investment in new technologies.
In addition to tax cuts, China also announced tighter regulation for the asset management industry. This follows announcements made in November regarding the closure of loopholes allowing for regulatory arbitrage, in attempts to rein in a $15 trillion dollar industry that the Chinese government sees as a potential systemic threat to economic stability. The key aspect of the rule changes is the removal of implicit guarantees for wealth management products, a savings vehicle which has exploded in popularity in recent years due to high promised returns and aggressive selling from certain providers.
China’s NBS Manufacturing PMI slowed sequentially in March, to 50.3 down from 51.3 in February, missing expectations of 50.6. The official Manufacturing PMI, however, accelerated to 51.6 from 51.5 last month, in line with expectations.
Thailand left rates on hold at 1.50%, in line with expectations. One dissenting MPC voter, however, broke the chain of 22 consecutive unanimous decisions by the Bank of Thailand, by voting in favour of a 25bps hike.
Vietnam’s GDP growth accelerated to 7.4% YOY during the first three months of 2017. With Q1 historically a weak quarter for Vietnam, this is the economy’s strongest Q1 growth rate in over a decade. Agricultural growth made the difference, with an acceleration in sector growth from 2.0% to 4.1% vs Q1 2017, following two consecutive years of disruptive weather conditions. Vietnam’s manufacturing sector remained strong, expanding 13.6% YOY.
Strong economic performance has translated in to stock market returns for Vietnam, with the market returning 18% in USD in Q1 2018, in addition to the 40% gains seen in 2017.
Pakistan’s central bank surprised the market by leaving interest rates on hold at the last meeting. Having shown willingness to allow the currency to slowly devalue, though failing to raise rates or tackle the current account deficit, there is very much a case of ‘one step forward, two steps back’ in regards to management of Pakistan’s economy.

LATIN AMERICA
MSCI Lat Am 3,018 +1.05%
Brazil’s current account deficit receded to USD 7.8bn or 0.4% of GDP in the 12 months to February. We expect the current account data to weaken going forward due to the impact of the economic recovery on rising imports, from depressed levels, and multinationals repatriating dividends.
Another sign supporting the macro improvement is Brazil’s consolidated primary deficit for the month of February coming in at 1.4% of GDP while tax collection increased 10.7% YOY in real terms. The general government’s gross debt stabilised at 75.1% of GDP in February, while the public sector’s net debt hit 52.0% of GDP.
In the short-term, the economic recovery should support better fiscal revenue. Furthermore, in the medium term lower unemployment should decrease social benefit expenses and the privatisation of some SOEs can support government revenue. However, longer-term, social security reform remains indispensable to stabilise Brazil’s fiscal positioning.
Mexico’s retail sales started the year with a poor performance, expanding 0.5% YOY in January from a depressed base. The tailwind of declining inflation was more than offset by slowing consumer credit, due to higher interest rates and weakening consumer confidence in the first two months of the year. A declining rate of remittances added to consumption woes as these transfers translate directly into consumption. On a good note, Mexico’s trade balance surprised to the upside in February, posting a USD 1.1bn surplus, with the 12-month rolling deficit narrowing to 0.9% of GDP. The latter mostly explained by lower imports of refined oil, another sign of weak consumption.

AFRICA
MSCI Africa 975 -3.68%
Abdel-Fattah El-Sisi won a second 4-year term as Egypt’s president in a landslide with 97% of valid votes, on a 41% turnout down from 47% in the election of 2014. The election was marred with the dropout of all credible opponents who were either barred, arrested or withdrew before campaigning began.
While El-Sisi’s administration has made good strides in reforming the Egyptian economy and fighting terrorism, concerns around security have been used as justification to silence dissenters.
The central bank of Egypt cut policy rates by 100bps for the second time in six weeks after inflation fell to 14.4% in February from 33.0% in July 2017. Overnight deposit and lending rates were lowered by 100bps to 16.8% and 17.8% respectively.
A next round of subsidy removal scheduled for the second half of the year will increase inflationary pressures and most likely lead to a pause in the easing cycle until their effects have moderated. In the meantime, 200bps rates cut in 6 weeks will begin to unwind the high borrowing costs that has restricted corporate borrowing to working capital financing, and boost credit activity.
South Africa’s central bank cut interest rate by 25bps to 6.5% following a slowdown in consumer price inflation to 4.0% in February, below the midpoint of the central bank’s 3% – 6% target range.
This is an additional boost to the South African economy after the country’s investment grade rating was affirmed last week with a stable outlook by Moody’s.
Kenya’s YOY inflation slowed 30bps to 4.2% in March, its lowest rate since May 2013.
Nigeria’s foreign exchange reserves rose 8.8% in a month to USD46.2bn in March, driven in part by a USD2.5bn Eurobond sale in February. YOY, the country’s FX reserves rose 52.5% from USD30.3bn in March 2017.