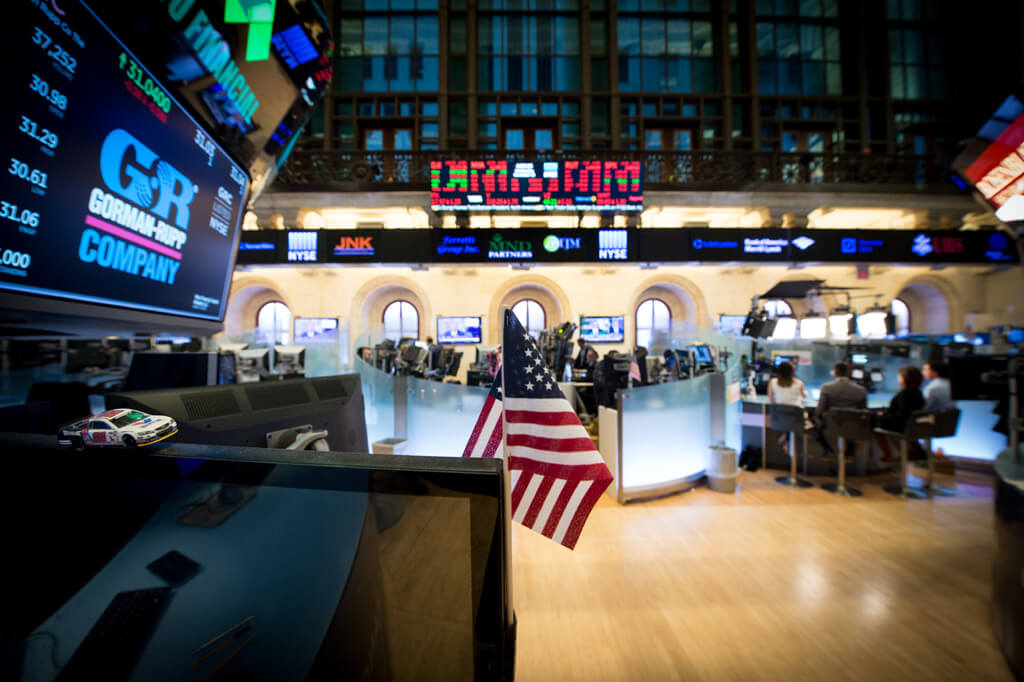 LABOUR MARKET METRICS IN THE US TO BE CLOSELY WATCHED THIS WEEK
Over the weekend a new round of tariffs came into effect in the saga of the US-China trade wars. With no trade deal in sight between the US and China anytime soon, markets will need to find comfort in macro data releases. Last week it was confirmed that the US consumer was alive and kicking, as consumer spending largely drove real GDP growth in 2Q19. This week the usual monthly labour market statistics will be revealed (including the change in non-farm payrolls, unemployment rate and earnings). Should the metrics continue to signal that the labour market is healthy and strong, the Treasury market will have a chance to dial back its pessimistic take on the US economy’s near-term growth prospects – unless US President Trump and Chinese President Xi find something new to disagree on.

UNITED STATES
S&P 2,926 +2.79%, 10yr Treasury 1.50% -3.90bps, HY Credit Index 355 -18bps, Vix 18.98 -.89Vol
Risk appetite has returned and boosted stock prices in the US, since it seemed at the back-end of the week, that the tensions between the US and China did not escalate further. As a result, the S&P500 rose 2.8% by the end of the week, bringing its year-to-date gain to 16.7%. The stock market largely ignored the fact that the Treasury curve remained quasi-inverted, as the 2-year and 10-year tenors were both 1.50% at the end of Friday. The Fed funds futures market continues to imply a substantial degree of monetary easing (around 100bp) over the course of the next 12 months.
The Fed’s preferred inflation gauge, PCE inflation was 1.6% YoY in July – below the Fed’s 2% inflation target. According to the print, domestic consumption in the US is holding up well. The reading in July is consistent with the revised 2Q19 GDP data, which showed that annualised real GDP growth was 2% primarily driven by household spending, which grew 4.7%. Government spending increased 4.4%, whilst investments declined 0.6%.

EUROPE
Eurostoxx 3,438 +1.38%, German Bund -0.68% -2.50bps, Xover Credit Index 285 -20bps, USDEUR .911 +1.37%
Investor sentiment improved in the European stock markets, as the majority of the stock indices gained during the week. The Italian stock index delivered one of the strongest performances, as the country’s index rose 2.7% in USD. Meanwhile in the bond market, sovereign yields further declined. By the end of the week, the 2-year German Bund yield eased to -0.93%, whilst the 10-year yield decreased to -0.70%. Risk premia on the periphery further compressed, and as a result, the 10-year Spanish yield shrank to 0.11%, whilst the Italian 10-year arrived at 1.00%.

ASIA
HSCEI 10,103 -1.07%, Nikkei 20,620.19 -0.92%, 10yr JGB- 0.27% 0bps, USDJPY 106.390 +0.90%
Investor sentiment in the Asian stock markets was mixed. India performed strongly during the week (+2.1%in USD) – outperforming most of its emerging Asian peers. The Indonesian (+2% in USD) and South Korean markets (+1.7% in USD) delivered strong performances as well.
Industrial profit growth in China was 2.6% YoY in July, as profit growth of private sector enterprises strengthened to 7% YoY YTD. In contrast, state-owned enterprises registered a contraction in profit, by 6% YoY YTD.
Annual real GDP growth in India unexpectedly slowed to 5% in 2Q19, from 5.8% in the previous quarter. The actual GDP growth number was lower than the market consensus of 5.7%. According to the Indian Statistical Office’s latest GDP commentary, the growth of manufacturing output slowed to 0.6% YoY. Apart from industrial activity, the growth of other productive sectors held up well, as agricultural growth bounced to 2% YoY, construction activity grew 5.7% YoY, whilst services activity strengthened approximately 7% YoY in 2Q19.
The South Korean central bank kept the policy rate stable at 1.50%. The decision was not unanimous, as two MPC members would have preferred lowering the policy rate by 25bp. According to the statement, the MPC left the door open for future rate cuts, should incoming economic data warrant it. In a separate event, the South Korean government revealed the details of the 2020 budget. The budget is of expansionary nature, as spending will increase 9.3% YoY. In addition, the government’s measures should also boost investment activity.

LATIN AMERICA
MSCI Lat Am 2,601 +2.71%
Despite the stress in the Argentine market (-13.1% in USD), investor sentiment held up well in other Latin American stock markets during the week. The Mexican market performed strongly, as the country’s benchmark index rose 6.1% in USD, followed by the Colombian market, which increased 3% in USD.
Argentina’s economy minister announced that the government was seeking to extend maturities on local debt, i.e. the Argentine government plans not to repay debt becoming due in 2019. Consequently, about USD 7bn worth of debt payments could be postponed into 2020. In addition, the government seeks to negotiate with the IMF to restructure the payment schedule of its debt with the lender. In response to the government’s announcement and the adverse market reaction, credit rating agency S&P downgraded Argentina to ‘selective default’ category – one of the lowest grades. The final blow came during the weekend, when the government slapped capital controls on businesses to prevent capital flight from the country. The central bank will require exporters to repatriate earnings from sales abroad, while all companies must seek authorisation to sell pesos for foreign currency. These controls had prompted the MSCI index to strip Argentina of its status as an emerging market, demoting it to a frontier market.
Economic recovery in Brazil gained momentum in 2Q19, when real GDP growth strengthened to 0.4% QoQ or 1% YoY. The prevailing economic recovery was predominantly led by expanding domestic demand, i.e. household spending and investment activity.
According to the minutes released by the Mexican central bank when the policy rate was cut 25bp to 8%, MPC members have shifted to a more dovish stance due to the weakness in domestic consumption and investment activity. The MPC recognised slowing headline inflation as well.

AFRICA
MSCI Africa 738 +1.80%
The South African stock index gained 2.8% in USD during the week. Despite its strong weekly performance, the South African index was down 9.5% in August and flat since the beginning of the year (all in USD in terms). Meanwhile, the Egyptian stock index rose 2.1% in USD by the end of the Friday bringing the year-to-date increase to 16.4% in USD.
The South African government may be forced to inject more capital into state power firm Eskom by the end of next March, should the struggling utility fail to meet its borrowing plan, according to a National Treasury presentation to parliament. The Treasury has already earmarked USD 3.9bn to Eskom over the next two financial years.
Tunisian Prime Minister Youssef Chahed, a candidate for president in next month’s election, said the country should press ahead with his government’s focus on the economy and security. Chahed said that if elected, he would use his position as president to focus on security issues and attract foreign investment.
This week’s global market outlook is powered by Alquity www.alquity.com