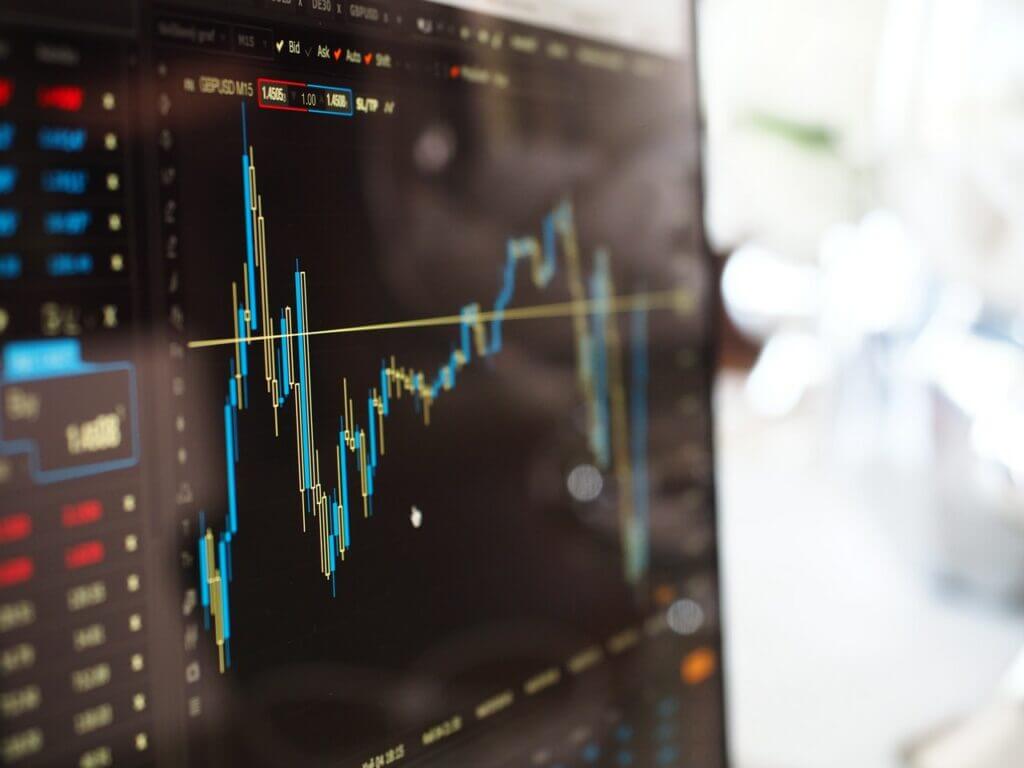 ROLE REVERSAL
After 9 months characterised by USD weakness, emerging market strength and an outperformance of mega-caps over small caps, last week saw a “role reversal”.
In the US, Donald Trump’s tax reform proposal was positively received whilst Janet Yellen confirmed that the market should expect a hike in December.
In Europe, politics took centre stage with unrest in Spain and fallout from the German general election.  This week looks at monthly PMI numbers.

UNITED STATES
S&P 2,519 +0.68%, 10yr Treasury 2.36% +8.37bps, HY Credit Index 325 -6bps, Vix 9.61 -0.08Vol
Perhaps for the first time since his inauguration, Donald Trump provided a positive stimulus for equities last week. Whilst large caps were only slightly higher, small caps surged (Russell 2000 +2.76%) in part because of a Republican tax reform plan proposed on Wednesday. In particular, the President outlined a desire to reduce the current 7 tax brackets to 3, lower the top tax rate, eliminate the estate and alternative minimum taxes, cut corporate tax from 35% to 20% and treat foreign corporate profits currently accumulated overseas as already repatriated. The overall fiscal stimulus of these measures is estimated at between 1-2% of GDP. Of course, it would be prudent to continue to urge caution as the outline was short on details and will be (at best) watered down during discussions through congress.
On the monetary policy front, Janet Yellen reinforced the messaging from the FED’s September meeting on Tuesday by stating it would be “prudent” not to wait too long before raising interest rates again. The probability of a December hike priced by FED fund futures moved up to 76.4% and the USD strengthened. However, the latest reading of the PCE index (the committee’s preferred measure of inflation) came in below expectations on Friday at 1.3% (well-below the FED’s 2% target). Other economic data had a positive tone – Case Shiller home prices rising, durable goods better and US GDP for the 2nd quarter upgraded to 3.1% YOY.
Elsewhere, Donald Trump stated, “I’ve had four meetings for Fed chairman and I’ll be making a decision over the next two or three weeks.” These included existing Governor Jerome Powell and former Governor Kevin Warsh. The latter (son-in-law of Ronald Lauder, a friend of the President’s) would perhaps come as something of a surprise; whilst he has served on the FOMC before, he has no formal training in economics, a limited business career in M&A and is a known hawk (having criticised Ben Bernanke and QE during his tenure). Other rumoured names include John Taylor and Gary Cohn.

Most of the action in Europe last week centred around the political arena:

Eurozone inflation held at 1.5%, below expectations.

ASIA
HSCEI 1,091 -1.82%, Nikkei 2,040.00 -0.16%,10yr JGB 0.08% +0bps, USDJPY 113.000 +0.48%
In Japan, Prime Minister Shinzo Abe dissolved the lower house and called a snap election, expected to take place on the 22nd October. This had been rumoured for weeks, but comes with some risk; although the Japanese economy is in the best shape for at least a decade, Abe’s popularity is on the wane and a new opposition led by the popular Tokyo Governor Yuriko Koike, the “Party of Hope,” has been formed to run against him.
The Saudi Arabian economy contracted for the 2nd consecutive quarter, as the kingdom struggles to cope with low oil prices and the cost of reforms announced to appease its people during the Arab spring. Q2 GDP came in at -1% following Q1 at -0.5%.
As we head in to the last few data points to be reported before China’s twice a decade National Congress convenes on 19th October, Chinese Industrial Profit growth came out strong at +24% YOY in August, an acceleration from July’s 16.5% rate of expansion. Primary industries led the gains, with mining, metals and oil industries all posting outsized growth rates.
In addition, both China’s NBS Manufacturing (52.4 from 51.7) and Non-Manufacturing (55.4 from 53.4) PMIs rose in September, ahead of consensus. The unofficial Caixin Manufacturing PMI, however, slowed from 51.6 in August to 51.0 in September. The overall picture painted by China’s activity data, though, remains positive.
Elsewhere in the Chinese economy, the RMB continued its mini-correction, dropping to a six-week low against the dollar, culminating in a 0.3% drop on Friday, after the central bank had set the daily fixing rate (around which the currency is allowed to fluctuate +/- 2% in a single day) at successively lower levels for five consecutive days. The currency has now dropped 3% against the dollar since September 8th when the People’s Bank of China incrementally relaxed the capital controls imposed to stabilise the RMB in 2016, following a 6% appreciation since the beginning of 2017.
Over the weekend, the People’s Bank of China announced what is being described as a ‘tweak’ in policy, that reserve requirement ratios are to be cut for select banks from 2018 that meet certain requirements for lending to “inclusive financing”, which includes supporting SMEs and the rural economy. Those banks with more than 1.5% of their loan books deployed in these areas become eligible for a 50bps reduction in their RRR, while those with more than 10% exposure will receive a 100bps reduction.
Thailand kept interest rates on hold at 1.50%, in line with expectations. The Bank of Thailand was decidedly upbeat on the economy, raising its growth forecasts to 3.8% YOY for both 2017 and 2018, up from 3.5% and 3.7% respectively. Recent export growth data was one of the foremost sources of optimism, with August’s export growth rate hitting a 55-month high of 13.2% YOY.
Inflation in South Korea fell more than expected in September, dropping to 2.1% YOY from 2.6% in August, though still above the central bank’s target of 2.0%.
Pakistan continues to pursue a ‘head in the sand’ approach to economic policy. Newly promoted Prime Minister Abbasi commented this week that, despite an overvalued rupee crippling export competitiveness and the depletion of foreign reserves like water through a colander, that “currency devaluation is not on the table, it’s not. A lot of people thought it was . . . [but] it is important to have stability for the rupee”. Almost comedically, the Prime Minister went on to criticise the former head of the central bank, whom the last Prime Minister Sharif had fired for trying to devalue the currency by 3%: “The government stepped in to defend the currency . . . [after] the acting governor forced it to drop. That was probably a sign of a lack of experience in the post.”
Sri Lanka left rates on hold at 7.25%.

LATIN AMERICA
MSCI Lat Am 2,917 -2.23%
Mexico’s central bank kept the benchmark rate unchanged at 7.0%. The communiqué focused on the rate differential with the US, insinuating a limited ability to cut rates. This highlights the fact that Banxico is more focused on defending the MXN than on its mandate of inflation targeting.
Argentina’s accumulated current account deficit in the year to June 2017 reached USD 19.7Bn or 3.4% of GDP, its highest level since 2000. July and August trade deficit data points to the deficit reaching 4% in 2017. The strong currency and the recovery of internal demand are driving a large trade deficit. This deficit is funded by large issuance of foreign currency denominated debt.

AFRICA
MSCI Africa 851 -3.21%
South Africa Q2 employment was down 0.4% QOQ, reflecting what other recent data prints have been showing; low GDP growth, high unemployment, low business and consumer confidence. In the same week, COSATU, South Africa’s biggest labour union, organised a national strike and a march to protest President Zuma.
COSATU have been absent from all other marches against Zuma, indeed they were previously among his biggest supporters but broke with him last year, and backed Cyril Ramaphosa to succeed him as the ANC’s leader. This is less about corruption and more about electioneering. The jostling for ANC leadership has truly started.
OPEC extended Nigeria’s exemption from its oil production cut, giving room for its production to stabilise above 1.8mbp, while the central bank left rates on hold at 14% weighing improvements in the economy and modest growth of non-oil sectors against contraction of money supply, slowdown in credit growth and inflation, particularly food inflation which remains sticky at above 20%.
Nigeria reached the 1.8mbp oil production threshold in August but the government asked for some leeway, which was to be expected. The extension and higher prices (Brent touched USD59/bbl – 26 months high – in the week on the back of threats to Kurdistan exports from Turkey and increase in Chinese demand) gives Nigeria a window to both ramp up production and reinforce its federal reserve.
The Central Bank of Egypt kept its policy rates on hold at 19.25%, on the back of high annual inflation and strengthening economic activity.
Inflation eased to 31.6% in August from 33% in July. YOY inflation in the mid to low 20% by the end of FY17/18 and further weakening of inflation expectations would create the necessary backdrop for monetary easing.