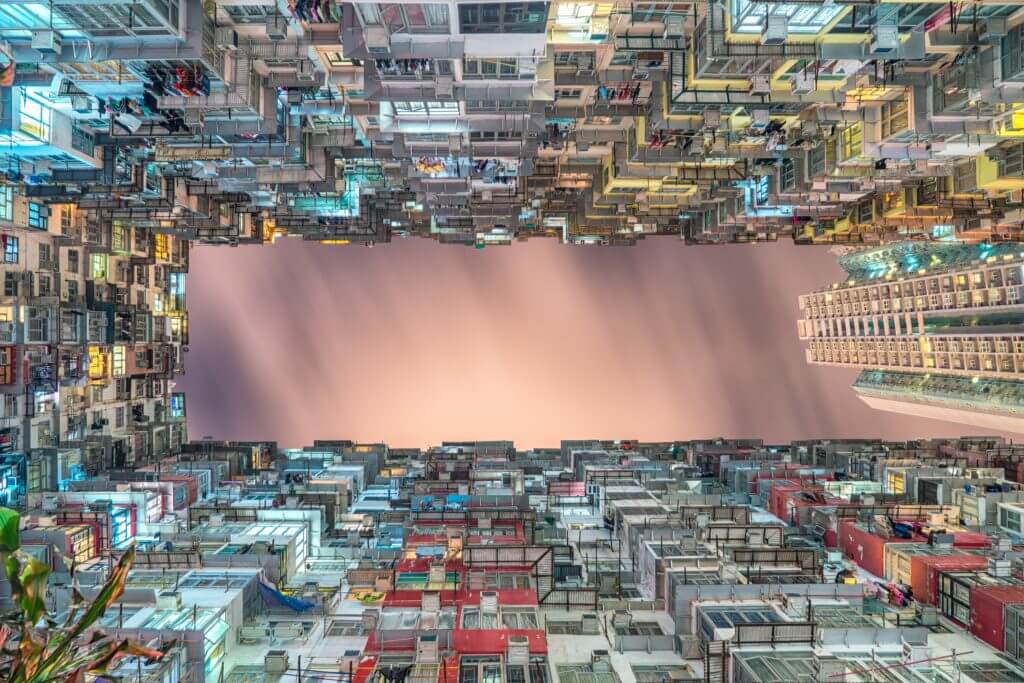 CRAMMING IT IN
With every data point, the strength and breadth of 2017’s global economic acceleration is confirmed. A truly synchronised expansion is in progress with considerable momentum. However, financial markets do not necessarily move in lock step with fundamentals and, of course, nothing lasts forever. Last week there were large divergences at the sector and country level, with global equities falling in aggregate. Indeed, we are in a period with considerable news flow and event risk – and (from a purely tactical standpoint) there are some signs of fatigue.
This coming week, corporate earnings season continues, the Bank of England is expected to raise rates (with the BOJ and FED also holding meetings), Republicans in the US are likely to reveal their tax reform bill, it is rumoured there will be the first arrests linked to Robert Mueller’s Russian vote rigging inquiry (prompting a string of tweets from the POTUS yesterday) and Donald Trump may announce the new chairperson of the FED. Events in Catalonia will also be in focus.
Brent Crude oil traded above USD 60 for the first time in 2 years on Friday.

As a result, the US 10-year Treasury yield touched its highest level since March at 2.46%, before moderating to 2.42% (little changed on the week). Nonetheless, given news flow elsewhere (see below) the USD had its best week of the year, gaining some 1.3% on a trade-weighted basis. Indeed, US bond volatility is at a 5 month high and numbers this week (payrolls and PCE inflation) could influence whether a “taper tantrum” is in the offing.
The rally did not, however, “float all boats”. Healthcare stocks fell sharply on weak results and news that Amazon had sought approval to become a wholesale distributor of drugs across a number of states. Indeed, the small-cap Russell 2000 Index also missed the tech party, ending the week lower. In terms of broader economic data, durable goods, real consumer spending and new home (fastest rate of increase in 10 years) sales all beat expectations.

The net result was a decline in bond yields and a weakening in the EUR.
In terms of economic data, PMIs moderated from elevated levels, but are still consistent with above trend growth. The Ifo survey in Germany was more bullish, with the Business Climate index hitting an all-time high. The DAX index also touched a new record.
In Spain, the Catalan parliament voted for a unilateral declaration of independence, which prompted an immediate approval by the Spanish Senate of measures to remove the Catalonian President and his government. After anti-independence protests this weekend, today will be a key test of the state’s authority; will ministers defy direct rule?
Ahead of the Bank of England meeting on Thursday, the preliminary release of Q3 GDP for the UK came in better than expected at 1.5% YOY. This all but cements an interest hike – albeit there may be 1 or 2 dissenters and the market expects this to be a “one and done” policy tightening. Elsewhere, 5 British business groups, including the Confederation of British Industry and the British Chamber of Commerce, wrote to Prime Minister Theresa May to push for clarity and progress on Brexit. In particular, they highlighted the potential for reduced business investment and moving jobs abroad.
The Turkish lira declined sharply last week after the central bank kept rates on hold and amid souring relations with international partners. Turkey has an over-reliance on foreign funding and reports suggest Germany is seeking to reduce credit from European institutions. Meanwhile, the National Bank of Hungary kept the deposit rate at 0.9%, but gave a dovish outlook with the potential for further unconventional policy to bring down long-term yields.

ASIA
HSCEI 1,159 +0.72%, Nikkei 2,201.00 + 2.04%, 10yr JGB 0.07% 0bps, USDJPY 113.690 +0.13%
In Japan, the Nikkei’s longest ever winning streak of 16 days came to an end but brought the index to its highest level in 21 years. Inflation figures however disappointed, with YOY Nationwide core inflation coming in at 0.7%.
China’s 19th Party Congress drew to a close on Wednesday. The key events of the congress all unfolded largely in line with expectations, including the membership of the new Politburo Standing Committee and the additions to the Communist Party’s constitution.
The most significant development regarding the new Standing Committee relates to the lack of an obvious successor to President Xi Jinping among the membership, should he choose to step down in 2022 after serving the customary 10-year presidential term. Given the institutionalised retirement age of 68 among China’s top leadership ranks, none of the current Politburo members would be young enough in 2022 to be able to succeed the current president, the first time such a situation has arisen for over 20 years.
Marking the President’s unprecedented centralisation of power since taking office in 2012, President Xi formally became arguably China’s most powerful leader since Mao after having a new body of political thought added to the Communist Party’s constitution under his name. Along with Mao Zedong, only Deng Xiaoping’s influence has been enshrined in the party’s DNA in this way, making Xi only the third President with a specific entry in the constitution.
On the macro side, China’s industrial profit growth rate came in at 28% YOY in September, accelerating from the 24% growth rate registered in August, and hitting a six-year high. This has been supported by both volume and pricing growth, with both PPI inflation and industrial output volumes posting strong gains in 2017.
India’s government announced a US$32bn recapitalisation programme for public sector banks, in an attempt to tackle the chronic asset quality and undercapitalisation issues which have plagued the state institutions which together account for around 80% of the banking sector, and have significantly weighed on system-wide credit growth in recent years.
South Korea’s economy grew faster than expected in Q3, with GDP expanding 3.6% YOY, versus consensus expectations for a 3.1% expansion. This is an acceleration from the 2.7% growth rate witnessed in Q2. The impact of net exports flipped over during the quarter, from detracting -0.8pp from GDP growth in Q2, to contributing +0.9pp in Q3, though domestic demand showed sequential weakness.

LATIN AMERICA
MSCI Lat Am 2,852 -2.63%
Argentina’s president Macri received a big vote of confidence in favour of his reform agenda last week after his Cambiemos alliance gained ground in congressional mid-term elections. Macri’s ally, Esteban Bullrich, defeated ex-President Cristina Fernandez de Kirchner in the key battleground of Buenos Aires province. At a national level, Cambiemos won in 12 out of 24 provinces and gained between 42% of the total vote.
Argentina’s central bank raised the monetary policy rate by 150 bps to 27.75%, while consensus was for no change.
Brazil’s central bank delivered a widely expected 75bps rate cut to 7.5%. There were no reasons not to reduce real rates as inflation remains stable around 2.5%, inflation expectations are well anchored, the external environment is benign and the economy shows signs of recovery. Consensus is now for a 50bps cut next meeting in December, there is more uncertainty and data dependency with regards to the monetary policy I 2018.
Brazil’s Lower House rejected the request to open a criminal charge against President Temer by 251 votes against 233 votes (vs. 263 and 227 in the previous charge).
Brazil’s business confidence in the industrial sector rose 2.0 points mom/sa in October to 94.7. The index maintains an upward trend, in line with a gradual recovery in economic activity.
Brazil’s last 12 months current account deficit fell to USD 12.6Bn or 0.6% of GDP after the September figure reached its highest level since 2007.
Fitch reaffirmed Colombia’s BBB rating and increased the outlook from negative to stable. Although “structural and cyclical constrains such as commodity dependence, limited fiscal flexibility, low GDP per capita, and weak governance indicators continue to weigh on Colombia’s ratings”, “the country’s positive track record of credible, flexible and consistent macro policies, in addition to its macro-financial stability” saved Colombia from being downgraded.
The direction of travel for Colombia is positive but it is not moving fast enough:

The revised GDP growth estimates are in line with both IMF and World bank’s estimates, and were therefore expected. However, sale of assets to plug holes in poorly managed SOEs, the high likelihood of more demand from other SOEs (particularly ESKOM which is a benefactor of a R350bn government guarantee), rising debt and deferring difficult decisions (i.e. tax measures to fund revenue shortfall) to the next budget in February 2018, heightens the risks of a further credit rating downgrade (decisions from Moody’s and S&P are expected in November, Fitch has already junked both foreign and local South African debt) which could  lead to the ejection of rand-denominated bonds from widely tracked global indices and heap more pressure on the currency.
In Kenya, the repeat presidential election went ahead with a much lower turnout, as low as 34%, and without the leading opposition party. Early official results suggested that the incumbent, President Uhurru Kenyatta, would win 96% of the vote. The country remains polarised and further legal challenges are expected.
Lastly, MSCI will retain Nigeria in its Frontier Market Index on the back of an “improved outlook for foreign investors”. This comes a year after MSCI said it was considering removing Nigeria from the index.