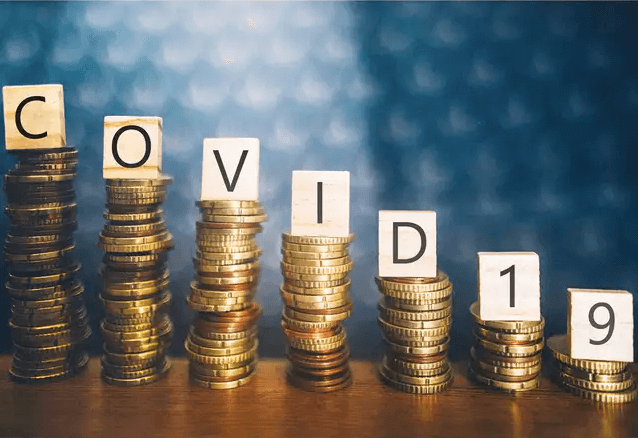 A DECADE-LONG ECONOMIC CYCLE COMES TO AN ABRUPT END
It is no doubt that the global economy is going through a period of recession, due to the coronavirus’ overwhelming impact. In the US, Markit composite PMI declined to 40.5, whilst the University of Michigan consumer confidence index significantly decreased in March. Meanwhile, initial jobless claims spiked to 3.3mn until the 21st March – indicating that the era of a tight and hot American jobs market has abruptly ended. Meanwhile, the Chinese statistics office reported just two weeks ago that industrial production, retail sales and fixed asset investments sharply contracted in January and February.
Looking ahead there are plenty of data-points in the economic diary for this week, which will shed further light on the extent of the initial damage the coronavirus outbreak has wrought on the global economy. NFP payroll and the official unemployment rate data in the US will reflect on the state of the labour market, whilst the ISM manufacturing index in the US and manufacturing PMIs across China, India, the ASEAN region, Latin America and Africa will provide partial insights how businesses perceive economic developments on the ground. Given visibility remains foggy and limited, it is perhaps worth noting to investors to find comfort in the fact that many governments and central banks around the world have been taking unprecedented measures to minimise the virus’ negative impact on the economy.

UNITED STATES
S&P 2,541 +10.26%, 10yr Treasury 0.64% -17.08bps, HY Credit Index 612 -198bps, Vix 67.12 -.50Vol
Investor sentiment in the US improved throughout the week, as the fiscal stimulus bill of USD 2.1tn (about 10% of GDP) was pushed through the legislative hurdles. Consequently, major stock indices rose until the end of Thursday. However, the momentum came to a halt on Friday, when the stock market declined. Overall, the S&P 500 index closed the trading week 10.3% higher than a week before. The Fed’s efforts to ease the global USD liquidity shortage have finally started to feed through to the market, which in turn contributed to the weakening of trade-weighted US dollar (DXY) index, by 4.3%. Easing liquidity conditions also helped the downward adjustment of the whole Treasury curve: the 2-year yield decreased 7bp to 0.25%, whilst the 10-year yield declined 13bp to 0.65%. The pricing by the Fed funds futures market implies that the Fed would likely maintain the zero interest rate policy throughout the next 12 months.

ASIA
HSCEI 9,432 +4.29%, Nikkei 19,084.97 +19.72%, 10yr JGB 0.02% 0bps, USDJPY 108.170 -2.66%
The combination of the economic rescue package in the US and the easing of the global USD liquidity shortage contributed to the bounce of many emerging Asian stock markets. The South Korean stock index (+12.4% in USD), the Philippine benchmark (+10.3% in USD) and the Indonesian market (+7% in USD) were among the best performing stock markets within the region during the week.
Both the government and the central bank in India took comprehensive measures during the week to strengthen the domestic economy. The Indian government announced INR 1.7trn (about USD 22.5bn or ca. 0.8% of GDP) in additional spending, targeted at the poorer sections of society and farmers (such as free rice, cooking-gas cylinders, etc). Free staple grains would be provided for about 800mn people for the three months ahead. The government will also pay small firm’s statutory employee pension contributions (positively impacting about 400,000 companies) for the next three months. Later during the week, the central bank (RBI) cut the key interest rate by 75bp to 4.40% at an unscheduled monetary policy meeting. The central bank also reduced the reserve requirement ratio by 100bp to 3%, whilst pledging an additional USD 50bn liquidity infusion to ensure the orderly functioning of the domestic financial markets.
Vietnam’s real GDP growth decelerated in 1Q20, to 3.8% YoY from 7% in 4Q19 as the COVID-19 outbreak hit the economy. This is the slowest growth since the global financial crisis (1Q09: 3.1% YoY). The decline was broad-based, largely dragged by services growth, which slowed to 3.3% YoY (vs. 8.1% YoY in 4Q). Industrial and construction activity grew 5.2% YoY (vs. 7.9 YoY in 4Q) as manufacturing volume growth held up (7.1% YoY vs. 10.9% YoY in 4Q).
China’s current account surplus rose to 1% of GDP in 2019 from 0.4% in 2018, benefitting from an enlarged merchandised trade surplus and a narrower services deficit.
The government in Indonesia has received the green light from parliament to revise the fiscal deficit cap of 3% to 5% of GDP. The relaxation of the budget is likely to avoid a scenario of spending cuts in case revenue shortfalls become overwhelming. The removal of the cap lowers the risks to GDP growth and social stability.
The government in Malaysia drafted a fiscal stimulus bill, which amounts to 17% of GDP (USD 58bn). Although the size of the bill looks large at first sight, the package includes measures, which would not directly impact budgetary outlays (such as the loan payment moratorium, etc.) The bill grants cash transfers to low- and middle-income citizens and wage credits to preserve jobs.

LATIN AMERICA
There was a relief in Latin American stock markets during the week as global investor sentiment improved on the back of the fiscal stimulus package in the US and the Fed’s efforts to ease the global USD liquidity shortage. The Chilean (+8.4% in USD) and Brazilian (+6.3% in USD) stock markets delivered the strongest returns compared with their regional peers during the week.
The central bank of Brazil announced a credit line for the payment of salaries and wages by small and medium-sized companies. According to the central bank’s calculations, this measure will benefit 1.4mn companies, and thus 12.2mn people. The programme will last for two months. The central bank’s governor announced that the monetary authority has been preparing a constitutional amendment proposal to allow the central bank to buy corporate debt securities directly from companies. In a separate event, the Lower House of the Parliament approved a bill that provides a temporary benefit of BRL 600 for informal and low-income workers. The temporary benefit will last for three months and is estimated to cost about BRL 43bn. Later, the Minister of the Economy confirmed that the overall cost of the measures taken to contain the impact of the coronavirus will add up to around BRL 750bn (ca. 10% of GDP).
The central bank of Colombia eased monetary conditions by reducing the key policy rate 50bp to 3.75% – in anticipation of a negative shock to economic activity following the social distancing measures undertaken amid the coronavirus spread. Overall, the Monetary Policy Committee emphasised that they would try to ensure the normal functioning of the financial system. In a separate event, S&P changed Colombia’s credit rating outlook from ‘neutral’ to ‘negative,’ whilst retaining the BBB rating (investment grade).
Mexico’s credit rating was downgraded to BBB by S&P from BBB+. The credit rating agency assigned a ‘negative’ outlook, indicating the elevated risks of a downgrade over the coming 12-24 months as a result of uneven or ineffective policy execution, potential weakening in public finances (due to the collapse of oil prices) and rising pressure on PEMEX, a potential contingent liability for the government.

AFRICA
By the end of Friday, the Egyptian Hermes index (+9.7% in USD) and the South African TOP 40 index (+7.4% in USD) delivered the strongest performances in Africa.
The South African central bank started a bond-buying programme to improve liquidity conditions in the domestic bond and credit market and in turn reduce borrowing costs. In a separate event, at the end of the week credit rating agency Moody’s downgraded South Africa’s credit rating to ‘junk.’ The key driver behind the rating downgrade to Ba1 was ‘the continuing deterioration in fiscal strength and structurally very weak growth,’ Moody’s stated. Furthermore, the government’s capacity to limit the economic deterioration in the current shock and more durably remains constrained. South Africa’s debt will now be excluded from the FTSE World Government Bond Index (WGBI), which will have an adverse impact on the country’s ability to borrow in international debt markets.
The government in Egypt reduced its GDP growth target for the FY2019-20 to 5.1% from 5.6%. The country is targeting growth of 4.5% in FY 2020-21. The Planning Minister added that she saw downside risks to their GDP growth forecasts.
The Kenyan government cut taxes and imposed a curfew to mitigate the impact of the coronavirus. The tax cuts include 100% relief for people earning gross monthly income of up to KES 24,000 (about USD 226), President Kenyatta said. The government also reduced sales tax (from 16% to 14%) and corporate tax (from 30% to 25%). The country’s central bank also took measures to shore up the economy by cutting the key policy rate 100bp to 7.25%.
This week’s global market outlook is powered by Alquity www.alquity.com