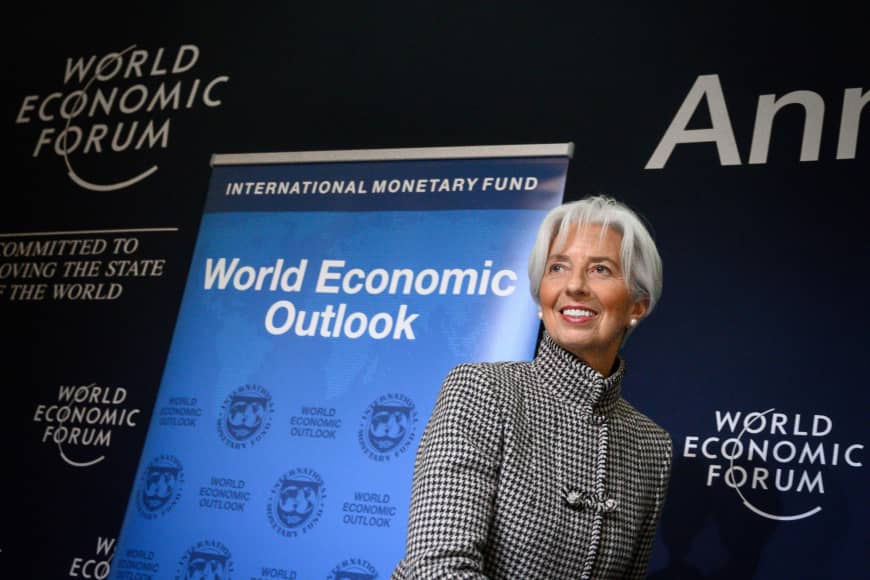 IMF FORESEES DOWNSIDE RISKS TO GLOBAL GROWTH
The International Monetary Fund (IMF) released its latest World Economic Outlook last week, in which the IMF marginally reduced its world GDP growth forecast to 3.2% for 2019, whilst foresaw the rate of economic growth at 3.5% for 2020. The IMF pointed out that world trade growth was 0.5% YoY in 1Q19 and claimed that the rate of world trade volume growth had been slow relative to the pace seen in the previous years. Whilst the IMF’s comment on the evolution of world trade was factually correct, the organisation did not put the figure into context, i.e. that trade growth was very strong between 3Q16 and 4Q18. In this context, the slowdown in world trade growth is nothing unusual, but a recurring cyclical phenomenon. The IMF’s assessment and conclusion seemed very downbeat, as it put much emphasis on downside risks to global growth and refrained from pointing out potential positives, such as the oversight of central banks globally.

EUROPE
Eurostoxx 3,517 +0.31%, German Bund -0.39% -5.20bps, Xover Credit Index 243 -11bps, USDEUR .899 +0.95%
Mario Draghi, the President of the European Central Bank delivered a fairly dovish statement on Thursday, which confirmed expectations that the ECB stands ready to embark on an easing cycle very soon. Despite President Draghi’s efforts, the stock market was left unfazed, as the majority of the broad indices in the Eurozone stagnated or declined in USD terms. Meanwhile, in the sovereign bond market, government bond yields further slipped in response to the Mr Draghi’s remarks, and consequently, the 10-year German Bund yield declined by 5bp to -0.38%.

ASIA
HSCEI 10,732 -0.67%, Nikkei 21,616.80 -0.02%, 10yr JGB0.14% 0bps, USDJPY 108.660 +0.91%
Investors were rather risk-averse in Asian stock markets, which drove the majority of the stock indices south. The Indonesian market was among the poorest performers during the week (-2.5% in USD), followed by the Pakistani (-1.8% in USD) and the Thai market (-1.2% in USD). In contrast, the Vietnamese market and Chinese “A” shares rose, by 1.3% and 0.7% (all in USD), respectively.
The Chinese government has approved several domestic companies to buy cotton, corn, sorghum and pork from the US without being subject to tariffs, according to Bloomberg. There could be a second round of exemptions depending on how the trade talks progress. The news reported by Bloomberg was not confirmed nor denied by the Chinese commerce ministry.
Although 2Q19 real GDP growth in South Korea beat the median market expectation, the rate of economic growth was not convincingly strong, at 2.1% YoY (or 1.1% QoQ SA). In addition, the structure of growth was uneven, as government spending lifted headline growth to a great extent.
Consumer price inflation in Malaysia accelerated to 1.5% YoY in June, whilst the core inflation gauge rose to 1.9% YoY. The increase in both measures were primarily driven by the ‘base effect,’ i.e. the transitory price depressing impact of phasing out Goods and Services Tax have faded by June.

LATIN AMERICA
MSCI Lat Am 2,860 -1.85%
The majority of stock indices in Latin America declined during the week. The Colombian stock market performed poorly, as the country’s benchmark index decreased 3.3% in USD. The Colombian index was followed by the Chilean and Mexican indices, which decreased 2.8% and 2.7% (all in USD), respectively.
Retail sales growth in Mexico rose to 2.8% YoY in May, the strongest since last November. According to the details, household goods sales growth moderately accelerated, whilst sales volume in the services sector dropped 2% YoY.
The federal government in Brazil announced a plan to liberalise the natural gas sector, with the aim of reducing the cost of energy. On the federal level, the government seeks to lower gas prices by increasing competition in the market as well as by overhauling the regulatory framework to facilitate the entry of new companies in the market. The government has also announced that it will encourage regional states to adopt additional measures to lower gas prices, including better regulatory practices, creation of autonomous regulatory agencies, privatization of existing state companies, as well as tax changes.
The Colombian central bank kept the policy rate stable at 4.25% and remained on a wait-and-see policy stance. Based on the incoming macroeconomic data, the MPC will decide whether the current monetary policy stance is appropriate.

AFRICA
MSCI Africa 804 -3.46%
Increasing degree of risk-aversion drove the majority of African stock indices lower during the week. The South African stock index delivered one of the poorest performances, as the country’s benchmark declined 3.9% in USD. The South African market was followed by the Kenyan one, which lost 2.2% of its value (in USD) by the end of the week. In contrast, the Moroccan market did well, as the index rose 0.5% in USD.
Credit rating agency Moody’s warned that South Africa’s classification as investment grade was at risk. According to Moody’s, the South African government has not revealed a coherent strategy to return Eskom (the country’s financially strained electricity company) to a more stable financial situation. The agency emphasised that the Ramaphosa-led government has ‘extremely constrained’ room to manoeuvre.
Consumer price inflation in South Africa was 4.5% YoY in June, unchanged from May. Details reveal that domestic demand remains weak, as goods inflation slowed to 4% YoY.
In the context of weak inflationary pressures, the central bank of South Africa will likely further cut the policy rate in the coming months.
The Nigerian central bank held the policy rate at 13.50%. The MPC noted that the Nigerian domestic economy needs impetus. However, the MPC sees no room for interest rate cuts as long as inflation remains persistently high, well-above the central bank’s inflation target.
As inflation expectations were within the target range and the economy was operating close to its potential, the central bank of Kenya kept the policy rate at 9%. According to the central bank, there were increased uncertainties in the external environment that called for monitoring going forward.
This week’s global market outlook is powered by Alquity www.alquity.com