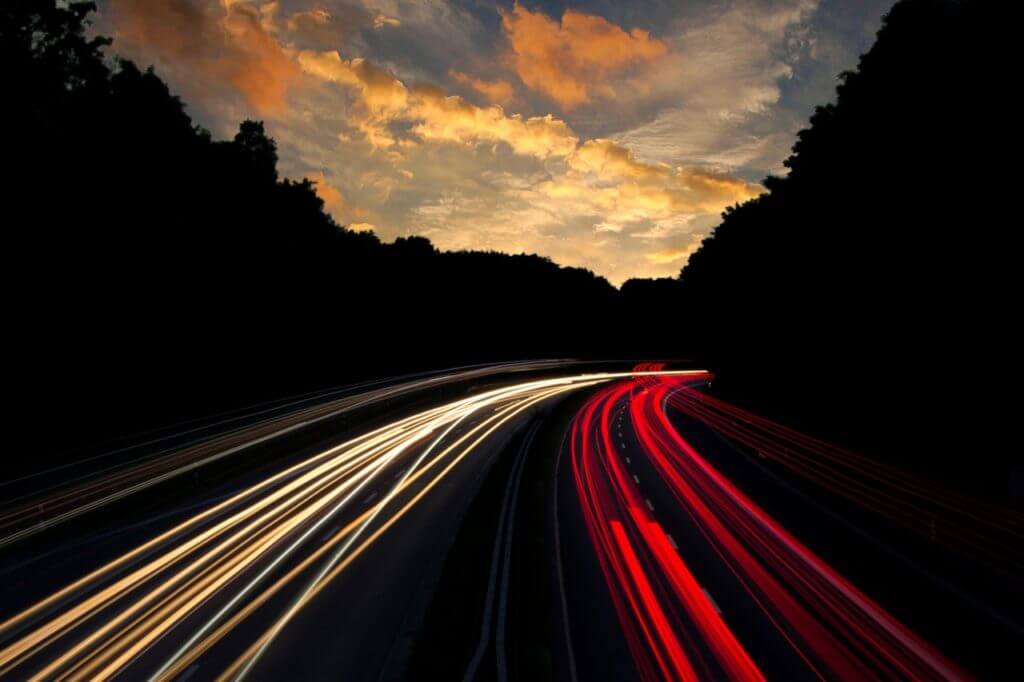 HOLD ON IF YOU WANT TO GO FASTER
The strength and breadth of global growth, which this week helped propel WTI oil to its highest level in 3 years (above USD 65), is starting (slowly) to catch the attention of fixed income markets (US 10-year yield at a 4-year high, US 2-year yield at a 9.5 year high).
In this sense, growth is starting to sow its own headwinds, with a more widespread monetary tightening likely on the way as the year progresses.
Indeed, this is exactly what a weaker dollar is telling investors; expectations are rising that it will soon not just be the FED raising rates. However, this week, central bankers did their best to maintain the status quo – both the ECB and BOJ arguing that it is too early to normalise policy for now.

UNITED STATES
S&P 2,873 +2.23%, 10yr Treasury 2.69% +0.07bps, HY Credit Index 292 -8bps, Vix 11.08 -19Vol
US equities rose for the 4th consecutive week to hit new record highs. On Monday, this was supported by Congress passing a stopgap spending bill, which will extend funding until the 8th February, following the weekend shutdown. Therefore, this is another temporary measure (the 4th since October) with Democrats and Republicans unable to agree a long-term budget.
At the corporate level, USD 26bn of M&A deals were announced and confirmed on Monday alone, whilst almost 20% of the S&P 500 announced earnings. This included Netflix (rising over 20% on the week). In aggregate, analysts expect a 12% growth in earnings for Q4 2017 YOY. This places the index on an 18.5x forward PE, versus the 10-year average of 14.2x.
In terms of economic data, the highlight was Q4 GDP growth. At the headline level, this came in below expectations at 2.6% (versus 2.9% expected). However, the components were strong; consumer and business spending expanding at the fastest rate in several years at 3.8% and 6.8% respectively. This means growth for 2017 came in at 2.3%, roughly the same as the previous 2 years, but with accelerating momentum to start 2018. Other data was mixed, with leading indicators rising for the 3rd consecutive month but existing and new home sales declining.
The USD continued its slide, losing almost 2% on a trade-weighted basis. This could be the result, not of the US, but the rest of the world seeing improved growth. However, comments by Steve Mnuchin (Treasury Secretary) that a weaker dollar was good for the US in terms of export opportunities may have helped earlier in the week. Donald Trump then contradicted his colleague, voicing support for a strong USD in Davos.
This week, we have Janet Yellen’s last FOMC meeting as chair of the FED. Jerome Powell was confirmed as her successor last week by an 85-13 vote in the Senate. Also, on Tuesday, Donald Trump will give his inaugural “State of the Union” address.

EUROPE
Eurostoxx 3,647 +1.64%, German Bund 0.64% +6.10bps, Xover Credit Index 231 -2bps, EURUSD 1.240 -1.72%
The main event in Europe was the ECB meeting and press conference. As expected, there was no change to the monetary policy statement. However, Mario Draghi did his best to temper the rally in the EUR, emphasising that there was very little chance of a rate rise this year and stating that any such rate hike would be “well past the end of net asset purchases”. On this occasion, Super Mario struggled to persuade investors as strong data (PMIs beating expectations and resilient German and French confidence surveys) saw bond yields rise (German Bund above 0.60% for the 1st time in 6 months).
In the UK, Q4 GDP growth also beat expectations, recording an annualised 2% expansion led by services. This means the UK grew at 1.8% for 2017, but this is still a 5-year low and, alongside Italy, at the bottom of the EU pile. The GBP gained against most major peers.

ASIA
HSCEI 1,367 +4.14%, Nikkei 2,362.00 +1.23%,10yr JGB 0.09% 0bps, USDJPY 108.910 -2.00%
The BOJ in Japan left policy on hold, with base rates at -0.10% and the 10-year target at 0.00% after an 8-1 vote (Kataoka dissenting in favour of incremental stimulus).
Chinese equities continued their strong start to 2018, with the Shanghai A-Share and Hong Kong H-Share indices finishing the week up 3.3% and 4.1% respectively. The HSI Index broke 33,000 for the first time, led higher by financials. China’s two largest banks have now risen to decade highs on account of renewed optimism on the Chinese economy, following its first annual GDP growth acceleration in seven years, alongside expectations that NPLs will fall as regulators make progress in improving risk management across the banking system.
China’s outperformance came despite President Trump’s announcements regarding import tariffs on solar panels and washing machines.
Taiwanese equities underperformed within Asia last week, rising just 0.6%, as companies linked to the Tesla supply chain fell on account of reported Model 3 delays, while national heavyweight TSMC came off from the all-time high reached on Tuesday to pull the index lower.
Malaysia raised interest rates 25bps, in line with expectations. Policymakers commented that the move was “pre-emptive” with the aim of heading off the potential accumulation of risks and inefficiencies associated with prolonged periods of low rates.
Korea’s economy grew 3.0% YOY in Q4 2017, a deceleration from the 3.8% growth rate recorded in Q3 and a slight miss versus market expectations. This was the first sequential fall in growth since 2008, following Q3’s print of the fastest expansion rate since 2010. On a quarter on quarter basis, the economy shrank 0.2%, in part due to the high base from Q3, plus weakness in auto exports and manufacturing output.
GDP growth in the Philippines printed at 6.6% YOY in Q4 2017, rounding off a strong year of growth for the South East Asian economy during President Duterte’s first full calendar year in office. The Q4 growth rate was broadly in line with expectations, though, was slower than the 7.0% expansion recorded in Q3 on account of slowdowns in both services and industrial activity.

LATIN AMERICA
MSCI Lat Am 3,241 +5.48%
Brazil’s Court of Appeals unanimously decided to uphold Lula’s conviction for the charges of money laundering and passive corruption.  The three voting justices have also decided to increase his sentence to 12 years and 1 month, from 9 years and 6 months.
This reduces the chances of Lula becoming president of Brazil in October 2018 to almost zero. Markets welcomed this risk-alleviation with the iBovespa rallying 6.2% in USD.
Peru’s fiscal deficit reached 3.2% of GDP in 2017, the highest print in 17 years, mostly explained by lower than expected GDP and extraordinary spending following El Nino in 1H17.
Colombia’s trade balance in November was a USD 792m deficit, broadly in line with market expectations. The 12-month rolling deficit narrowed to USD 7.1bn (from USD 9.0bn as of June and USD 11.1bn in 2016), due to lower internal demand weighting on import, better oil prices boosting exports and a weaker currency which played its rebalancing role.
Mexico’s unemployment rate posted 3.1% in December. The average unemployment rate in 2017 was 3.4% (from 3.9% in 2016), the lowest annual reading in the entire time series (since 2005).
It seems that the structural labour reform approved by the government in 2012 (and implemented gradually thereafter) is bearing some fruits.
Argentina’s central bank cut its benchmark interest rate by 75 bps, to 27.25%, as inflation shows signs of slowing.
Mexico’s retail sales fell 1.5% YOY in real terms in November, amid falling real wages, tighter credit conditions, and softer growth of remittances converted into pesos.

AFRICA
MSCI Africa 1,091 +4.53%
South Africa’s headline consumer inflation increased to 4.7% YOY in December from 4.6% in November. On a MOM basis, inflation increased to 0.5% from 0.1% in November. Core inflation fell to 4.2% from 4.4%, its lowest rate since 2011.
The main contributor to the increase in headline inflation was a 69c/litre increase in the fuel price, which pushed up the inflation for petrol 14.2%. Other main constituents of the index fell on a MOM basis.
The inflation outlook is positive for the South African consumer (likely to fall) and the now stronger rand should offset the higher oil prices.
Kenya’s central bank held its benchmark lending rate at 10.0%. The central bank governor noted that the country’s interest rate cap was holding back the economy and had made predicting the impact of monetary policy difficult.
The 4% cap over the benchmark rate for loans was adopted in September 2016, to limit the cost of borrowing from commercial banks who were charged with “failing to pass on the benefits of growth”. This has instead limited the impact of monetary policy and locked out SMEs and higher risk borrowers from accessing credit.
Morocco’s headline annual inflation increased to 0.5% in December from 0.4% in November. Food inflation increased to 1.1% YOY from 0.9%, while non-food price inflation fell to 0.1%.
Egypt’s Suez Canal revenues rose to USD 471.5m in December from USD 462.7m in November, bringing 2017 revenue to USD 5.3bn in 2017 vs. USD 5bn in 2016.
Tunisia’s foreign currency reserves fell to a 15-year low after its trade deficit widened in December 2017 to a record USD 6.25bn. The county’s foreign currency reserves fell to 12.3bn Tunisian dinars, equivalent of 89 days of imports.