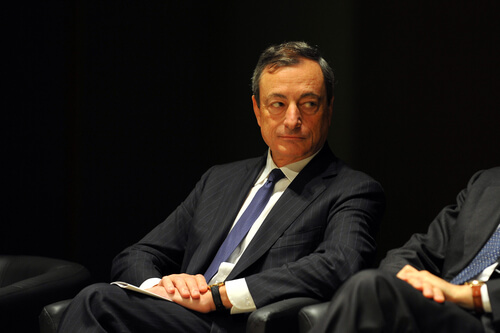 NOTHING TO SEE
In last week’s edition covered the current environment of abnormally low inflation relative to the breadth and strength of global growth. It was argued that this was related to a number of factors including mis-measurement of resource utilisation and overall pessimism about the long-term business environment. As a consequence, it was expected that monetary policy would remain accommodative for longer than usual and, therefore, that the Goldilocks (not too hot, not too cold) economic backdrop for markets could continue. In this way, the principal risk to markets coming from the political, rather than central banking, sphere may be seen.
At the Jackson Hole Economic Symposium, these dynamics appeared to be very much in evidence. Unlike in prior years, where policymakers have used the event to deliver strong signals on future policy, both Janet Yellen and Mario Draghi preferred to “wait and see”, revealing little market sensitive information:

Elsewhere, there is a positive stance by many on Brazil as the country emerges from recession, the central bank continues to cut rates and there is an increasing focus on reform rather than political scandal (see below). There is also a “tactical” appeal, given large outflows following the Temer corruption allegations.

UNITED STATES
S&P 2,444 +0.72%, 10yr Treasury 2.09% -2.80bps, HY Credit Index 333 -8bps, Vix 13.43 -2.98Vol
US stocks rallied on very low volumes last week (with Wednesday marking the quietest day of the year). Some of the move was attributed to positive noise out of Washington on tax reform – for example Trump’s chief economic advisor, Gary Cohn, stating that the president’s calendar will revolve around the subject in the coming days. The VIX declined to 11.9% from 14.75%, whilst Treasuries were generally unchanged.
Economic data was somewhat disappointing; new home sales registering their lowest print in 7 months and existing home sales rising at the slowest pace so far this year. Durable goods also declined in July, albeit less than expected. US economic data therefore continues, in aggregate, to come in below expectations. Later this week we have the September employment report and PCE inflation.
According to Bloomberg, the economic impact of tropical storm Harvey, which hit the Texan city of Houston, could surpass USD 100bn. To put this into context, the clean-up for Katrina (the most expensive US hurricane in US history) cost approximately USD120bn.

EUROPE
Eurostoxx 3,390 +0.95%, German Bund 0.33% -3.40bps, Xover Credit Index 249 -6bps, EURUSD 1.204 -1.39%
The composite PMI for the Eurozone in August moved higher to 55.8, led by a surge in the manufacturing component. The French business climate survey was similarly positive, whilst the German IFO indices were stable at elevated levels.
In the UK, Q2 GDP was confirmed at 0.3% QOQ, however the expenditure breakdown shows consumption and business investment slowing to a standstill. Meanwhile, the third round of Brexit talks kicked off in Brussels on Monday, with little progress and both sides clearly jockeying for position. The EU want the UK to agree a financial settlement for the 2014-2020 EU budget and the rights of EU citizens before any discussion of the country’s future relationship with the union. These are more or less the only bargaining chips the UK holds. There is therefore a stalemate, which is anticipated to continue for the time being, thus pushing (potentially) real negotiation into next year.
The NBH in Hungary left rates on hold at their record low for the 15th consecutive month.

ASIA
HSCEI 1,129 +5.59%, Nikkei 1,936.00 +0.13%, 10yr JGB 0.01% 0bps, USDJPY 108.530 +0.13%
China’s Industrial profit growth rate decelerated slightly in July, but remained at broadly healthy levels. Overall growth in industrial profits decelerated to 16.5% YOY, down from 19.1% in June. Profit margins were slightly higher on average versus the previous month, with implied real sales volume slowing. This is consistent with the slightly weaker headline industrial production figure reported for July. The National Bureau of Statistics made reference to exceptionally hot weather and the resultant factory shutdowns as contributing to the moderation.
Indonesia cut rates first time since October 2016, taking markets by surprise. The central bank of ASEAN’s largest economy acted consistently with its inflation targeting framework, with CPI currently running at 3.88% YOY, at the lower end of the 3%-5% target range.
With rates on a downward trajectory, manageable inflation and the comfort of the US$127bn accumulated in foreign reserves, the Indonesian stock market reached an all-time high last week. Despite these factors, which have facilitated >5% GDP growth rates and an S&P sovereign upgrade this year, foreign investors are yet to meaningfully participate. Foreign equity inflows stand at just US$143m year to date, versus a total market cap of the index of US$400bn.
Thailand’s economy accelerated in Q2 ahead of expectations, with GDP now growing at its fastest rate for four years. GDP grew by 3.7% YOY, an acceleration from the 3.3% growth rate recorded in Q1 and around 50bps faster than most market estimates. Strength in exports, tourism and agriculture contributed to the positive momentum.
Thailand’s export strength could be argued as particularly impressive, given the competitiveness impact of the 10% year to date appreciation of the baht against the dollar. The central bank is aware of this and has begun soft rhetoric on the issue, commenting that it may “consider additional measures to limit the opportunity for baht speculation”. Given how vague the comments have been so far, this may be seen as an attempt to ‘talk down’ the currency, rather than as a harbinger of a significant policy shift.
Pakistan’s new Prime Minister publicly ruled out a devaluation of the rupee, despite implicitly acknowledging the potential benefits that would accrue from a weaker currency for a country struggling with twin deficits. As the country heads towards general elections in 2018, the government has laid out a policy based around import controls and tariffs in order to stop the bleeding of foreign reserves, which are now at risk of falling below the alarm-bell level of three months of import coverage.

LATIN AMERICA
MSCI Lat Am 2,879 +3.42%
Colombia’s GDP in 2Q17 grew 1.3% YOY. Although this remains sluggish and below potential, there were some early signs of recovery. Oil-mining and manufacturing were the only sectors to contract and 6 out of the 9 sectors saw growth accelerating. Consumption and private investment have stabilised.
Brazil is moving forward on two new important reforms: BNDES and SOEs.

These 2 reforms were unexpected but are more than welcome as they address structural problems that have plagued Brazil’s growth. The reform agenda in the coming months should focus on pensions and the political system.
Mexico’s GDP growth in 2Q17 came in at 3.0% YOY (sa), the best performance since 2Q14 and the 16th consecutive quarter of positive QOQ growth. However it is worth noting that the industrial sector (usually leading the rest of the economy) is decelerating as its growth came in at a timid 0.02% QOQ for 2Q17, slightly below 0.15% in 1Q17 (and 0.18% and 0.16% in 4Q16 and 3Q16, respectively).

AFRICA
MSCI Africa 909 +2.98%
South Africa’s CPI slowed to 4.6% YOY in July from 5.1% in June. Core inflation declined marginally to 4.7% YOY from 4.8% in June. On a MOM basis, CPI increased from 0.2% in June to 0.3% in July while core CPI increased to 0.5% in July from 0.4% in June.
In Egypt, revenue from the Suez Canal (one of Egypt’s main sources of foreign currency) continued its recovery after two years of successive declines; USD 447 million in July from USD427 million in June. There were also reports of the Central Bank planning to repay USD 4 billion of USD 13 billion debt due in 2018, and extend/roll over the balance.
Recent positive data should continue to ease the pressure on the EGP.
In Nigeria, capital imported in Q2 2017 increased 97.3% QOQ and 71.9% YOY to USD 1.79 billion, from USD 908.27 million and USD 1.04 billion respectively. This was driven by a 145.7% QOQ and 128.43% YOY increase in portfolio investments, 95.0% QOQ and 43.6% YOY improvement in “other investments” (i.e. loans) and 29.8% QOQ and 48.9 YOY increase in foreign direct investments.
The recovery is from a very low base in 2016. Nonetheless, it is encouraging and suggests that government initiatives such as the Investors & Exporters FX window and harmonisation of FX rates are having a positive impact.