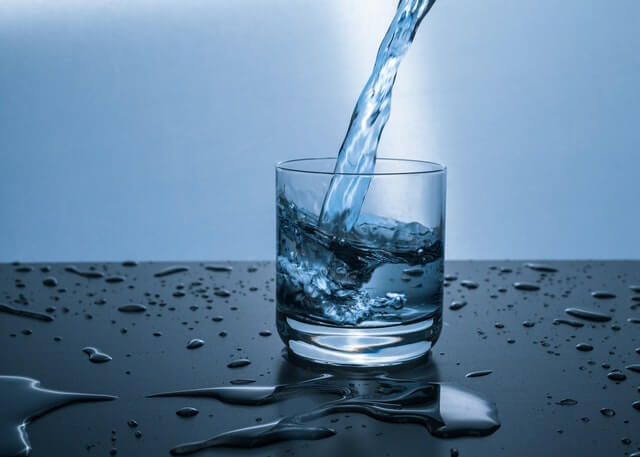 THE GLASS CAN BECOME MORE THAN HALF FULL THIS WEEK
Investors have a very busy week ahead in terms of data releases and policy events. The economic diary in the US is fully packed with potentially market-moving data, such as the Fed’s preferred inflation gauge, the PCE deflator and the monthly jobs report (including the NFP, unemployment rate and earnings). The market will need to not only digest the two most relevant set of macro indicators in the US, but the Fed will also decide on monetary conditions. Messages delivered by Chair Powell could easily stir markets and induce a shift in the general risk sentiment. And if these were not enough, talks between the US and China will restart in Beijing on Tuesday, where the two parties “will cover trade issues including intellectual property, forced technology transfer, non-tariff barriers, agriculture, services, purchases and enforcement,” according to a statement released by the White House. In conclusion, if headlines from the US-China talks continue to become more constructive, inflation in the US remains benign and the Fed signals staying on put in the context of robust GDP growth, global market sentiment will have every reason to improve.

UNITED STATES
S&P 2,940 +1.20%, 10yr Treasury 2.51% -6.14bps, HY Credit Index 324 +1bps, Vix 13.06 +.64Vol
Stock markets in the US headed north during the week, as the major stock indices gained: the S&P 500 rose by 1.2%, the Russell 2000 increased by 1.7%, while the Nasdaq Composite was up by 1.9%. From a sectoral point of view, the aggregate healthcare index delivered one of the best performances (+3.7%). In contrast, the index for energy companies underdelivered (-1.3%). During the week, the broad USD index (DXY) gained 0.6%, which brought the year-to-date broad USD appreciation to 1.9%. On Friday, Treasury yields eased on the back of slipping oil prices in reaction to President Trump’s comments, in which the POTUS called for OPEC countries to reduce crude prices. Consequently, the 2-year Treasury yield was at 2.28%, while the 10-year at 2.50% at the end of the week.
Annualised real GDP growth in the US hit 3.2% in 1Q19, beating Bloomberg consensus of 2.3%. Growth was primarily driven by foreign trade and a build-up in inventories. Domestic consumption delivered a decent performance, while investments stagnated compared with the previous quarter.

ASIA
HSCEI 11,621 -2.16%, Nikkei 22,258.73 +0.57%, 10yr JGB- 0.04% 0bps, USDJPY 111.710 -0.30%
Asian stock markets had a challenging week in the context of an appreciating USD. The increasingly risk-averse investor sentiment was captured by the MSCI Asia Pacific ex. Japan index, which declined by 1.4% in USD. Chinese “A” shares delivered one of the poorest performances during the week, as their respective index decreased by 6% in USD, followed by Sri Lanka (-3.7% in USD) and South Korea (-3.5% in USD). The Malaysian and Vietnamese stock indices outperformed their regional peers, as each rose by 1.2% in USD.
According to the Chinese media, the National Development and Reform Commission is drafting an internal policy bill, which aims to support durable consumption in 2019 and 2020, such as home appliances, consumer electronics and autos. Measures include forbidding local governments from imposing new licence plate restrictions and encouraging local governments to replace public transport vehicles.
While the measures are unlikely to massively boost the domestic economy, they are important in terms of the stabilisation of the underlying domestic growth and propping up business sentiment. Most importantly, such measures would not overstimulate growth or contribute to a meaningful further increase in leverage.
The Reserve Bank of India released the April monetary policy meeting minutes, in which the majority of voting members argued for the continuation of the easing cycle. All members noted that actual inflation remained depressed, while household inflation expectations persistently softened. The MPC also pointed out the soft patch in real GDP growth.
South Korean real GDP growth surprised negatively in 1Q19, as the annual growth rate slowed to 1.8%, while the seasonally adjusted quarterly rate of growth signalled a contraction of GDP. The underwhelming economic activity figure was primarily due to a weakness in investments.

LATIN AMERICA
MSCI Lat Am 2,772 +0.60%
The majority of Latin American stock indices were beaten down, as investor sentiment deteriorated. The Chilean stock index delivered one of the weakest performances in the region, as it declined by 3% in USD, followed by the Mexican index’s 1.8% decrease (in USD). In contrast, Brazil outperformed, since the country’s benchmark gained 2.3% in USD.
The Constitution and Justice Committee (CCJ) in Brazil approved the pension reform bill. According to House Speaker Maia, a special committee for pension reform would be officially set up with 49 members.
Inflation in Mexico surprised to the upside, as the annual figure accelerated to 4.4% in the first half of April. Price pressures were broad-based, as tourism, air transportation and restaurant prices rose faster than before. Meanwhile, the monthly indicator capturing the strength of Mexico’s economic activity slowed to 1.1% YoY in February, mostly due to the contraction of industrial output.

AFRICA
MSCI Africa 844 -1.61%
African stock markets faced a challenging week, as most of the regional stock indices decreased in USD terms. The South African benchmark was among the poorest performers by declining 2.5% in USD. As opposed to the South African market, the Egyptian one held its own, as the country’s broad stock index was broadly flat in USD.
Producer prices rose by 6.2% YoY in South Africa, the fastest pace in four months. The acceleration in the annual figure was significant and unexpected..
GDP growth in Kenya accelerated to 5.9% YoY in 4Q18, exceeding the median market estimate. Full-year GDP growth was 6.3% in 2018. Agricultural output growth was one of the key sources of economic expansion last year.
This week’s global market outlook is powered by Alquity www.alquity.com