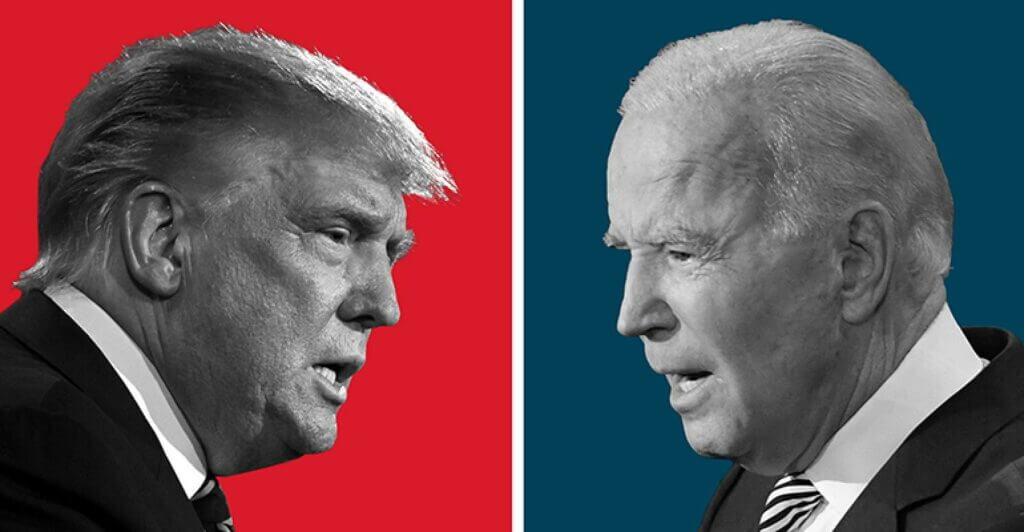 The US’ economy recovered more than 80% of its decline, driven by a bounce in consumer spending and a pick-up in housing activity, according to the latest GDP report. Real GDP rose 7.4% quarter-on-quarter in 3Q20 (following a 9% QoQ drop in 2Q20), which translated into a 2.9% decline in annual comparison (an improvement compared with the 9% YoY contraction seen in 2Q20). Going forward, developments in the labour market will be key for future GDP growth. The downside risks stemming from a weak jobs market could be mitigated by another economic relief bill – the timing of which remains unclear.

America votes on the 3rd November. Just a day before the US Presidential elections, former Vice President Biden maintained an 8-point nationwide lead over President Trump, according to the latest Reuters/Ipsos poll taken 27-29th October. Reuters/ Ipsos polls also show that over 75% of American voters are concerned about the health crisis and almost 60% disapprove of the way President Trump has been handling it. According to various state polls, Mr Biden is more likely to win some of the swing states like Michigan, Wisconsin, Arizona and Pennsylvania (57 electoral college votes in total), whilst Florida and Texas remain too close to call (67 electoral college votes in total).

If the US Presidential election was not enough, markets will need to digest a barrage of economic data releases, such as the release of the October US jobs market figures on Wednesday and Friday, and the Federal Reserve’s latest monetary policy decision just after the election is concluded. 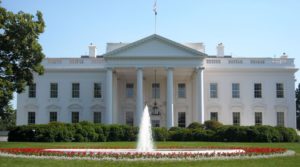 Stock markets in the US had a rough week, as investor sentiment turned risk-averse, due to a record high number of Coronavirus cases in the US, renewed lockdowns in Europe weighing on growth prospects and a mixed bag of earnings reports from big tech companies. As a consequence, most of the broad stock indices declined by the end of Friday: the Nasdaq Composite was down 5.5%, the S&P 500 decreased 5.6% and the Russell 2000 declined 6.2%. As risk-aversion intensified, the dollar strengthened on a broad basis (the DXY index rose 1.4% during the week). 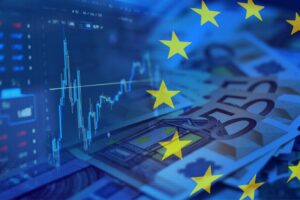 European stock markets faced a challenging week, due to the intensifying global risk aversion triggered by the worsening economic outlook, as many European governments opted for lockdown measures. By the end of Friday, regional stock indices registered steep declines: the German DAX was down 10.1%, the French benchmark declined 8% and the UK’s FTSE 100 decreased 5.5% (all in USD). In Emerging Europe, the Polish index fell 10.2% (in USD) during the week.

The European Central Bank (ECB) kept the deposit rate stable at -0.50% and committed to the recallibration of its instruments in December, such as the EUR 1.35tn pandemic-related asset purchase programme, which continues (at least) until June 2021.

Consumer price inflation in Poland slowed to 3% YoY in October, from 3.2% YoY in the previous month. The lowering of the headline gauge was mainly due to decelerating food price inflation. 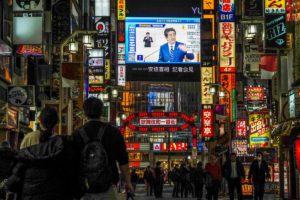 The deterioration of investor sentiment in developed markets spilled over into Asian markets and as a consequence the vast majority of the regional stock indices finished the week in the red. Indonesia was one of the brightest spots within the region, as the country stock index rose 0.5% in USD despite the adverse context, which brought the index’s overall gain in October to 6.7% in USD, just shy of the Philippine benchmark’s 7.7% increase (in USD). Ant Group’s initial public offering attracted a record USD 2.84Tn in bids from investors on the Shanghai side.

Vietnam released its set of macro metrics for October:

The South Korean economy bounced in 3Q20, when real GDP rose 1.9% compared with the previous quarter. Although economic activity strengthened in a quarterly comparison, the QoQ growth translated into a 1.3% decline in annual comparison. Household spending broadly stagnated (in QoQ comparison), as it was constrained by stricter social distancing measures (between 15th August and 11th October). Meanwhile, investment and construction activities declined. On the other hands, net foreign trade surged and thus contributed positively in 3Q20, primarily led by auto and semiconductor exports.

The Taiwanese economy roared ahead, as real GDP rose 3.3% YoY in 3Q20, following a 0.6% YoY contraction in the previous quarter. Although the headline figure looks impressive, details reveal that the upswing was predominantly driven by net foreign trade, as exports strongly bounced (+3.5% YoY), whilst imports continued to decline (-1.8% YoY).

Thailand’s BBB+ credit rating and stable outlook was affirmed by Fitch. According to the agency, Thai real GDP will shrink 7.8% in full-year 2020, due to weak global growth and the absence of tourists. The recession is expected be followed by a shallow recovery 2021, when real GDP growth may be 3.8%. 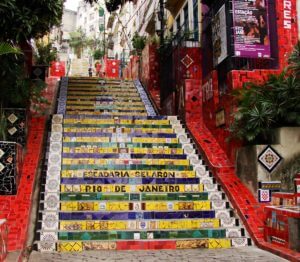 Harmful volatility weighed on Latin American stock markets during the week and drove most of the regional indices south. Relative to its regional peers, the Peruvian country index proved to be the most defensive, as the benchmark decline -3.5% in USD, as opposed to others, such as Mexico (-6.1% in USD) or Brazil (-9.4% in USD).

The central bank in Brazil kept the key policy rate stable at 2%. The tone of the post-decision statement by the Monetary Policy Council remained dovish suggesting that the current macro environment and growth projection call for the maintenance of the 2% interest rate for a prolonged period. However, members emphasised that their current assessment might be overridden by any – unexpected – change to the fiscal stance, which is not factored in the central bank’s current macro forecast.

Although Mexican GDP bounced 12% QoQ in 3Q20 from the lows seen in in the previous quarter, the level of actual output remains -8.6% below where it was a year ago. The sequential quarter-on-quarter improvement was primarily led by industrial production and secondarily by services activities, as the economy started to gradually normalise after the shutdown of non-essential sectors in April and May.

Chile published a couple of promising macro statistics for the month of September, when industrial production bounced to 1.9% YoY (up from -4.8% YoY in August) and retail sales growth accelerated to 9.5% YoY (up from 2.8% YoY in August). Furthermore, unemployment rate declined to 12.3%, down from above 13%. The recovery in demand will likely continue as the country slowly reopens and as the government’s USD 2Bn job subsidy scheme is disbursed to businesses.

Credit rating agency S&P reaffirmed Colombia’s credit rating at BBB-, the last notch in the investment grade category. Furthermore, S&P kept the outlook negative reflecting on the risks related to the sharp economic contraction in 2020 and the shallow recovery expected for 2021. The agency made it clear that Colombia’s credit rating will be moved to ‘junk’ unless the government consolidates the fiscal accounts. 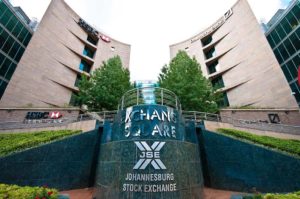 The South African TOP 40 index declined 6.7% in USD during the week, as investors retreated from the country’s stock market. Local investor sentiment was strongly influenced by the deterioration of global investor sentiment as well as by idiosyncratic issues (such as a bleak growth outlook and a lack of appropriate policy response). Meanwhile, the Egyptian Hermes index declined 1.2%,whilst the Moroccan index decreased 0.2% (all in USD) by the end of Friday.

The government in South Africa presented the Medium Term Budget Policy Statement (MTBPS), in which it was made clear the no ambitious fiscal consolidation would take place in the coming years. According to the projections, gross public debt would stabilise around 95% of GDP in FY2025-26, barely below the 100%-mark. Overall, the government expects real GDP to contract 7.8% in 2020, followed by an average 2.2% rate of GDP growth over the next three years. Later during the week, the Finance Minister stated that he has been negotiating with the World Bank for loan.

CPI inflation in South Africa was 3% YoY in September, hovering at the lower end of the central bank’s 3-6% inflation target band. Overall, inflationary pressures remain limited in the South African economy, due to the large negative output gap, which is unlikely to close in the near term. As long as inflationary pressures remain benign, the central bank will not consider raising the key interest rate, which is currently at 3.50%.

“Chad is a pleasure work with, throughout my dealings with him he has always maintained care for our relationship over and above my portfolio. He has ensured our communication and working timelines are met to the highest standard. I’ve found Chad to be very thorough and more than happy to take the time always to keep me updated and continue to answer all questions in a timely and professional manner. He is also very personable and courteous, with a keen attitude to deliver the best service. Chad keeps updated on current market developments and regulations, and his attention to detail and analysis of my portfolio has been most informative and insightful. In my opinion, Chad is a knowledgeable and professional advisor, and I feel comfortable entrusting my international arrangements and overall portfolio management to him. I would happily recommend Chad to others who require assistance regarding their financial planning.”
Warren Drue - Partner- WEBBER WENTZEL
“I’ve been always targeted by many financial advisors and International investment groups over the years. I have had one fund with an offshore investment group before which I canceled in 2008 and since then I was uncertain if I should do something again. I met Kirk in 2014 and he kept contact with me over the next few years. In 2017 I thought of investing and starting some fund and I have immediately contacted Kirk since he has left a very strong impression as a competent, pleasant, and very well informed advisor. Now I have a few funds with AMA and I am very happy with the service level, professionalism, and guidance from Kirk. I am very confident that I will reach my future goals.”
Ivan Stefanovic - Commercial Director - Scania
“Warwick Hamilton has, since 2014, been the financial advisor dealing with the proceeds of my UK pension, invested via QROPS in an STM Pension Transfer Plan. I am sure that I am not his biggest client but you would not think so, given the excellent support and service that he gives me. I have been continuously impressed by the way he ensures that these investments are managed to perform well, align with my risk profile; and with his ethical, informative, honest and straightforward way of handling those affairs. I have kept these investments with Warwick despite approaches to change financial advisors because he ensures that I am kept well informed and I trust him.”
Dr Leslie Alan Carlo